Lolita, light of my life, fire of my loins. My sin, my soul. Lo-lee-ta: the tip of the tongue taking a trip of three steps down the palate to tap, at three, on the teeth. Lo. Lee. Ta.

She was Lo, plain Lo, in the morning, standing four feet ten in one sock. She was Lola in slacks. She was Dolly at school. She was Dolores on the dotted line. But in my arms she was always Lolita.

Did she have a precursor? She did, indeed she did. In point of fact, there might have been no Lolita at all had I not loved, one summer, a certain initial girl-child. In a princedom by the sea. Oh when? About as many years before Lolita was born as my age was that summer. You can always count on a murderer for a fancy prose style…. (Vladimir Nabokov, Lolita)

Vladimir Vladimirovich Nabokov was born on April 23, 1899, in St. Petersburg, Russia. The Nabokov household was trilingual, and as a young man, he studied Slavic and romance languages at Trinity College, Cambridge, taking his honors degree in 1922. For the next eighteen years he lived in Berlin and Paris, writing prolifically in Russian under the pseudonym Sirin and supporting himself through translations, lessons in English and tennis, and by composing the first crossword puzzles in Russian. In 1925 he married Vera Slonim, with whom he had one child, a son, Dmitri. Having already fled Russia and Germany, Nabokov became a refugee once more in 1940, when he was forced to leave France for the United States. There he taught at Wellesley, Harvard, and Cornell. He also gave up writing in Russian and began composing books of criticism. Vladimir Nabokov died in Montreux, Switzerland, in 1977. 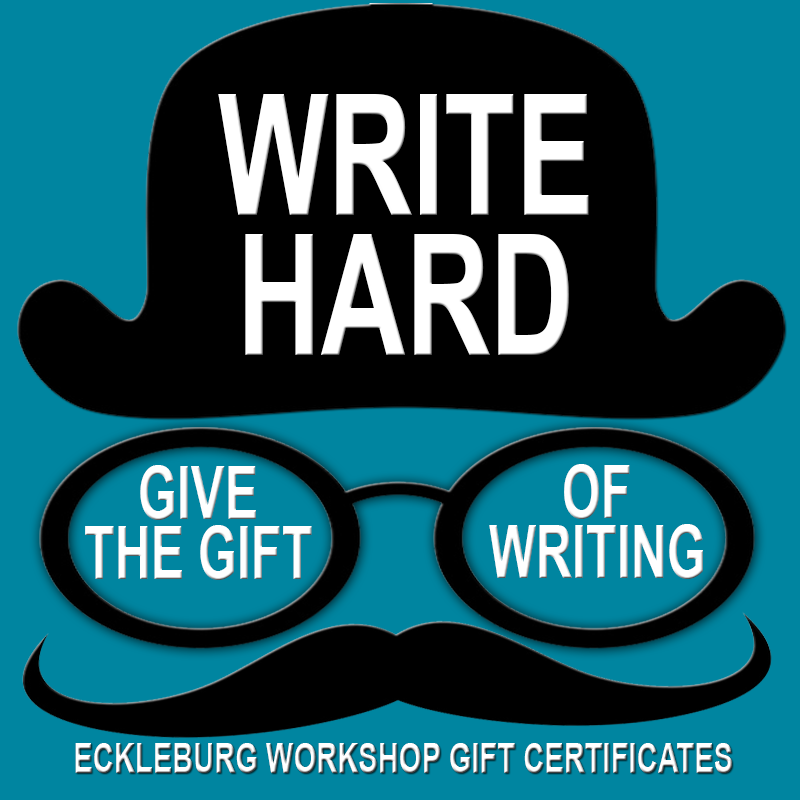 Eckleburg Workshop courses are excellent gifts for family, friends, co-workers… Whether you are looking for birthday, holiday or corporate gifts, we have group and custom made workshops to meet your needs in fiction, poetry, essay, hybrid, intermedia and much more. We also offer literary matchmaking for writers ready to approach agents and editors. All our workshops include individualized feedback from experienced teachers and authors in their course concentrations.