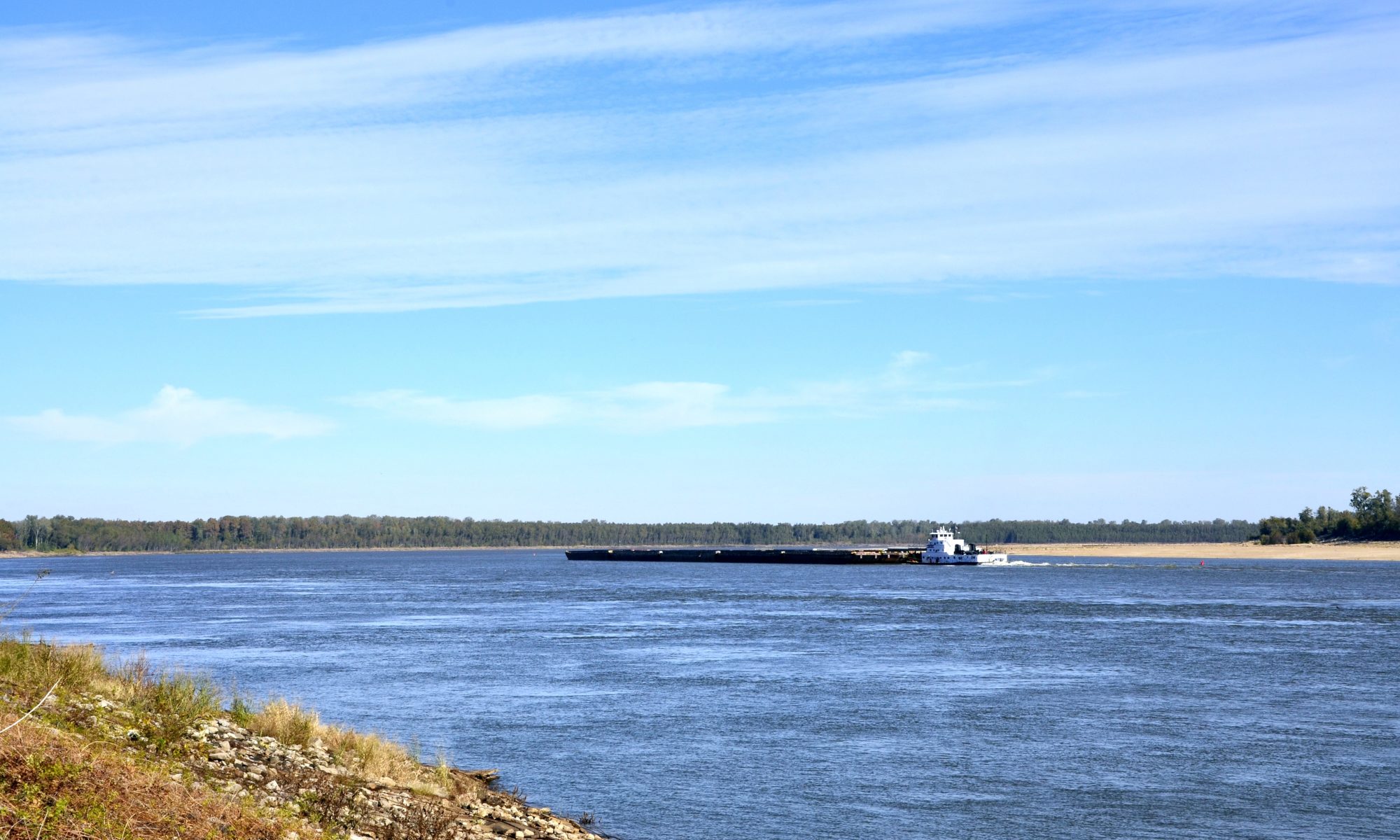 If you’re ever on the campus of the University of Minnesota, peek over the Washington Avenue Bridge. It’s about 70 feet down to the Mississippi. When I studied American poetry there, it would occasionally come up that the great John Berryman had ended his life by jumping off that bridge.

I remember a visiting poet—one I admired—giving a reading at the Weisman Museum. Celebrated architect Frank Gehry designed the Weisman, with its abstract, cascading turrets, to look like the famous river. From that building, only steps from where Berryman died, the visiting poet made a joke about jumping off the bridge. I remember finding it not funny.

A number of American Indians punished serious crimes by making the guilty person live near but not interact with the tribe. They were allowed to work and contribute to society, but everyone was to act like they weren’t even there. I have felt this way before, when I was deeply depressed.

In his famous commencement speech, David Foster Wallace tells his version of a joke in which an older fish asks a younger one, “How’s the water?” And the younger fish says, “What the hell is water?’’ There are variations, some converted into didactic stories, and maybe you have already heard some. Wallace uses his version to set up the end of his speech, where he repeats “this is water.” In other words, stop focusing on where you’re trying to go.

I got the feeling, in that moment, that water stood for life, for everything in it, for the words of his speech, for the proverbial present moment, for the life-giving power of inspiring words and, more generally, critical thought. It stood for so many things, clearly. It was beautiful.

At the end of his famous “To be or not to be” speech, Hamlet says, “Soft you now, the fair Ophelia,” meaning “Shhh, the beautiful Ophelia is on her way.”

As everyone knows, the human body contains about 60% water. When I poked around a little, I learned from H.H. Mitchell that the brain and heart are composed of 73% water. Our skin, stretched around our bodies like land around the Earth, is actually 64% water. The lungs from which we breathe? 83% water.

More than 80% of the Earth’s ocean remains unexplored. Most of it is deep and dark and uninhabitable.

I cried while watching Pixar’s Soul, a magical film centered on what we’re doing on this Earth. In a bit of a twist, the film combats the default advice that one must discover one’s purpose. I don’t know if that was part of its “purpose” as a film, probably not, but it does make clear that life isn’t about “finding a purpose.” Life is about living, about the taste of greasy pizza, about the helicopter-like seeds that fall from maple trees, about the turnstiles of New York subways. It’s just about the water all around us.

On the west end of the Washington Avenue bridge is a tree where hundreds of sneakers hang. It’s a remarkable site, but it isn’t clear why it exists, why people decided to throw their shoes into the tree over the river.

As a matter of fact, the fish story is told in Soul, and it goes like this:

I heard this story about a fish, he swims up to an older fish and says: “I’m trying to find this thing they call the ocean.” “The ocean?” the older fish says, “that’s what you’re in right now.” “This,” says the young fish, “this is water. What I want is the ocean!”

I suffer from major depressive disorder, and in 2019 I had to take FMLA from my job to get help. One of the hardest parts for me was the recurring thought, “My god, I am crazy. I am literally in a mental hospital.” This was the story I was telling myself.

And then there is this, from Virginia Woolf’s The Waves:

I am the foam that sweeps and fills the uttermost rims of the rocks with whiteness; I am also a girl, here in this room.

Water, water everywhere, but not a drop to drink.

I had been driving around looking for a high enough bridge. I had to admit to someone that I needed clinical help. I had to surrender my shoelaces and drink bad coffee and talk about what was going so terribly wrong in my life. But I didn’t jump in the water.

Many people regard The Waves as Virginia Woolf’s masterpiece. Talking about this book, she said, “I am writing to a rhythm and not to a plot.”

A survey by the CDC revealed that suicide rates, which had already been spiking in recent years, were two times higher in June 2020 than in 2018. COVID made a tragic situation even harder.

Tears are more than salt water. The ones that form in our eyes from dryness or allergies contain different chemicals from those we shed from sadness or loss or grieving. Emotional tears contain protein-based hormones prolactin, adrenocorticotropic hormones, and leu-enkephalin. Leu-enkephalin is a painkiller.

Crying is a type of water that heals us.

Right at the beginning of the pandemic, a friend of mine took her life. I am not ready to talk about it.

Take me to the river, goes the song, drop me in the water.

In literary circles, people like to talk about William Faulkner’s famous five-word chapter that reads “my mother is a fish.” I do remember when I read the book. It was the summer following my matriculation from undergrad, and I had my own mother’s copies of Faulkner.

Not a literature major, she did not understand most of Faulkner, and her marginalia was a reminder that most nonliterary people are not as enamored by cryptic five-word paragraphs with heavy symbolism as English majors. Throughout “The Sound and the Fury,” the most common scribble in her copy is “Who’s talking?”

I don’t always know. Who’s talking, that is. I can’t always tell. Inside my brain, there is a voice, a ventriloquist called Depression, that says things in my voice.

Virginia Woolf was a depressive. In the early spring of 1941, she filled her pockets with stones and walked into the River Ouse.

Soul has an amazing scene that feels like a depiction of depression—forgive me, I am prone to symbolic interpretations—as [spoiler alert] 22 experiences being a “lost soul.” 22, a friendly ghosting bouncing blob with a handful of humorous but misanthropic personality traits, has now seen what it’s like to live in a body and, in my view, experience “failure.” It leaves 22 in a far country, separated from all others, a dark, unfamiliar landscape all around.

I am reminded of the plaintive cry ubi sunt? from many a medieval poem. This affected me when I first read it in an early Anglo-Saxon poem “The Wanderer.” From the Latin, the full phrase is ubi sunt qui ante nos fuerunt? It means “Where are they who came before us?”

This is the darkest condition of human life, in my opinion. The wanderer, lone-dweller, earth-stepper asks ubi sunt? when he has become separated from his people, who have died in past battles, and he is left to walk his life alone.

I can’t help but think of Socrates as well, who chooses the hemlock rather than separation from Athens, from his people, from his identity.

The Church denied Ophelia a Christian burial. Some scholars believe that this is because suicide in Shakespeare’s time was punished so severely. The suicide would be tried posthumously, and their possessions would be taken from the family as property of the realm.

In 1908 New Jersey became the first state to use chlorine to disinfect water. Thousands of other cities followed suit over the next decade. Clean drinking water drastically reduced the spread of disease in the United States, especially cholera and typhoid, which devastated populations around the world.

I know all this because I was reading about COVID-19 on the CDC website. The organization had named the chlorination of water one the greatest achievements of 20th century medicine.

Sometimes, after a perfect moment, a perfect vista and sunset, I think to myself, “I couldn’t possibly have another drop.”

David Foster Wallace suffered from depression throughout his adult life and eventually died by his own hand. This is water, he repeated in his speech, this is water.

Once, when I was in a particularly dark battle with depression, my father told me, “just keep swimming.” He had been watching Finding Nemo with his grandchildren.

Ubi sunt can be found in medieval Persian poetry as well, as in The Rubaiyat:

In the workshop of a potter I went last night
I saw two thousand pots speaking and silent.
Suddenly one pot raised a cry:
Where are they, the potter, and the pot-buyer, and the pot-seller?

Depression is like this, isolating, alienating. It is a far country—and though we tend not to identify as deeply with our culture sharers as the Anglo-Saxons or Greeks—it often feels like we belong to no one, that we are a burden to even our closest friends and family. Ubi sunt? The ocean so large and unpopulated, so deep and dark.

Why is it so beautiful, this “Ophelia” by John William Waterhouse?

Nietzsche writes about how lucky animals are for their short memories. Because of this, he imagines cows being especially unconcerned with matters of regret or trauma. Like the goldfish in the joke who is always saying “oh look a castle” and just as this triggers another memory it is distracted, “oh look a castle!”

The stories we tell ourselves are the reality we perceive. Depression, for those who suffer from it, pushes a narrative that life is meaningless and hopeless, that we are fundamentally alone in the world.

Oh look, a castle! My god, so beautiful.

Photo at the top of the page: https://commons.wikimedia.org/wiki/File:Mississippi_River_from_Eunice,_Arkansas.jpg