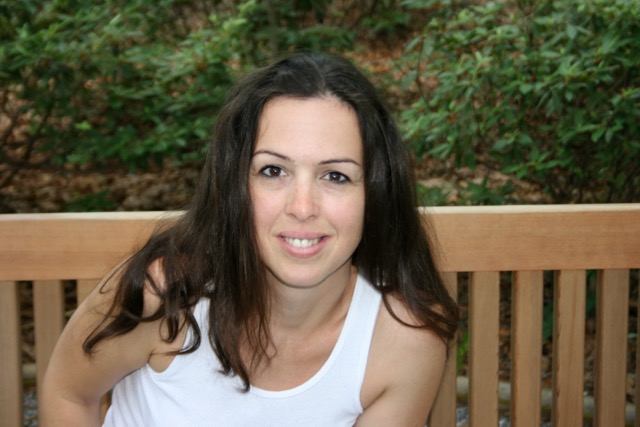 “I don’t want to live in a country that doesn’t allow me to own a gun,” I yell, shoving my chair into the dining table. Rob wears a blank expression like he hasn’t meant to start one more war with me. We’re married liberals who can’t talk about anything political, especially gun control while details of another school shooting are roaring from television speakers in the next room.

“I didn’t mean to…” he starts, dropping his fork, pushing his plate of fish away.

“Yes you did,” I sneer. “You always mean to force me into discussions I don’t want to have. Then, when I disagree with your point of view you’ll say, You’re not thinking clearly, Melissa, or, Melissa, you’re being naive!”

“Okay, so I did mean it.  But surely you can see that guns do more harm than good.  And Jesus, you’re not living in a backward, little, redneck town anymore. It’s West Hollywood!  Get a grip,” he says, reaching up to touch my arm as I jerk it away.

“It disgust me that you can’t hold it in your consciousness that life’s different for women, Rob, that I might actually need the right to own a gun someday. If this country fell under attack, exactly what do you think would happen to women?”

“Well, I’ll tell you what’ll happen. If we can’t own guns, women will be forced to rely on men for protection. Now, let’s traipse back through history and see how that’s gone for us. You gotta know, even the men you thought were the nicest will expect payment for services rendered!”

“Oh God!  Six shots are going to keep you from being raped?” Rob throws his hands in the air. “It’s always that for you, after all these years,” he says, pulling up an empathetic, daddy face that almost looks genuine with his snow-white hair. It’s bullshit. Rob’s a master role player when his back is up.

“You damn right it’s always that for me! I have a vagina! Any catastrophe that happens in the world has the potential to be so much worse for me. If war broke out, sure you might be killed, but women will be taken and used like toilets! And your sudden benevolent tone after bullying the fuck out of me on the topic makes me sick!”

I don’t stop him from leaving because I want to right myself, and I can’t right myself in front of him. Whenever the gun control battle comes up in an amplified, frightening way, Missy, my angry, fifteen-year-old, teenage part of self comes up too, wreaking havoc through my forty something psyche. Missy’s rage sends rooms spinning in my mind. I begin to vibrate from the inside out until I’m covered in hot sweat. Her long-standing feelings of diminishment, and desecration, are much stronger than the feelings of the kind, intellectual person I’ve become after two decades of recovery.

Gathering my keys, driving to Canters Deli, I’m overwhelmed by my own division. Adult me is having to consider damage control with a spouse, frightened over the reality of another school shooting. While teenage Missy opens a flood gate of memories she holds of our massively large, violent, lunatic mother, and the pearl-handled thirty-eight revolver she owned while we were growing up in the ugliest poverty.

Missy ached for our mother’s gun to be hers as she watched our mother place the revolver in the glove box of her burgundy Oldsmobile, or at the top of her bedroom closet in a small, tan metal box.

Missy ached to own the gun because she wanted to point it at our mother, who habitually slapped her face until it lost all feeling, and say, “You’re not such a tough bitch now, are you? Just take one step closer! I’ll show you just who you’ve been fucking with all these years!”

Missy ached to own the gun because she wanted to wield it at the random men coming in and out of our house who made her feel like she had to step out of her body, to set it aside for awhile, like her body was a pair of pants or a shirt, and say, “I’m going to blow a hole in the center of your chest if you try and take my body! It’s mine! I fucking live in it!”

Missy would sneak the pearl-handled thirty-eight down from its place in the closet when our mother was out, and though she was too delicately framed to raise the weight of the pistol with confidence, she’d practice taking aim with her free hand under the butt of the handle aiming it at different objects in our mother’s bedroom. The bedside lamp. The large metal fan. A clock on the wall that wouldn’t stop ticking. Other times she’d set the gun gently down on our mother’s puke-green bedspread, running her fingers over the cool metal, marveling at the beauty of the pearl. She’d dream of days when she wouldn’t be small, having no way of knowing she’d never get very big…that many things would always feel futile.

Sitting in my Civic in Canter’s parking lot, I see a text from Rob flash on my phone. “Where’d you go?”

I want to get my adult self back to the forefront of my mind and body. I don’t want to live in the shadowy darkness of my past. I feel I need to cry, but I can’t.  My body won’t produce tears when I get like this, and this is another sign for me that the teenager in me, Missy, still has a strong hold. Missy won’t cry if you’re pulling her fingernails out. Her pale-skinned face looks like mine, only it’s hard like the metal of the pistol, and cold to the touch. Her eyes are black disks without my wide range of expressions.

I watch in the short distance a little, old, black lady sitting on a stool on the sidewalk holding her Styrofoam cup up for change. Her lips are moving.  I know she’s singing a gospel hymn because I’ve heard her singing many times before. Watching her, a her I’ve experienced in times when Missy’s been sleeping, by handing her change, or asking how her day’s been, tight bands start to relax around my rib cage. I start to feel more like adult me. I know I’ll soon be able to go into Canters and eat a mountain of rugelach. The cinnamon with nuts are my favorites. The raspberry runs a close second. I’ll get Rob a black and white cookie. I’m not the kind of person who can go home empty handed.

With my excitement over feeling more like myself, my depression kicks in too.  Missy doesn’t have depression. It’s my old, adult friend, my sobering, my acceptance, my no longer denying in a certain moment something about myself that is true. Spending over half my life in therapy has not defused my teenage self, Missy. I can’t stop her circular, relentless thoughts about the pearl-handled thirty-eight revolver anytime a strident discussion about guns comes up. It doesn’t matter that I’ve made us a professor, a writer, that we’re ambitious, well traveled, successful, living in a different state from our birth, in great comfort, or well liked by a great many people. Protection, protection, protection…it doesn’t mean anything to her.

At home I slip up behind Rob who’s sitting at his computer in his office. I set the bag with the black and white cookie on the desk next to him. I can still hear the school shooting news in an endless loop from television speakers in the other room. The news frightens me, because I’ve  known loss so intimately.  Adult me desperately wishes there were no guns in the world, certainly no automatic weapons.

“Feeling better?” Rob asks. “You want to talk?  I know you don’t believe me, but I didn’t mean for things to get ugly.”

“I can’t afford to get into it right now,” I say, not wanting to wake Missy after getting her settled down again.

“Fine,” Rob says, flippantly adding, “But you can’t live the rest of your life like someone’s coming for you, Melissa!”

“Why can’t I, and why shouldn’t I?” I ask. My voice is somewhere between firmness and a shout.

“Because you’re living in a more civilized time than the one you were born to!”

“Prove it!” I say through gritted teeth, feeling Missy stir, only slightly.

“I can’t prove it,” he says. “It’s just so! All you can do is count how many years you haven’t been violated against the years you were physically violated, and be reasonable.”

“Reason is for people like you, who can afford it! I’ve never had that luxury!”

“I seriously hope you discuss this with your therapist. I want you to get help!”

The cavalier tone scorches me, “You know what I want you to want for me, Rob?” I seethe, afraid I won’t be able to keep Missy at bay now, but I do.

“What’s that,” he says, turning all the way around to face me with a smirk.

“If there’s ever a time when I’m cornered by a group of men who’re about to rape me, I want you to hope for me that I at least have a thirty-eight revolver in my hand so I may kill the first six men coming at me and watch them die before the seventh man gets to me!”

Rob turns his chair back around, opening the bag with his black and white cookie. I walk away, unable to shove off the last images I hold of Missy running her fingers over the cold metal of the pearl-handled thirty-eight revolver. She’d been fantasizing about what she’d say if she could hold the gun up in the face of  a particular, filthy, middle-aged mechanic, a friend of our mother’s who’d been spending time around our house. Missy was fast running out of ways to avoid him when our mother was out.

Mid fantasy the door to our mother’s bedroom sprang open, slamming into the wall. Missy scrambled to cover the gun with the green bedspread because her first thought was of how our  mother would beat her for having the gun out. But she couldn’t get the spread up from its tight tuck at the foot of the bed. In the same scrambling instant it was coming to her consciousness that it hadn’t been her mother who’d shoved open the door to the room. It was the mechanic.

Missy broke into a cold sweat, looking from the man’s stunned, grizzly face, back to the gun on the bed. With six feet between Missy and the man, seconds of time rolled into one long permanent moment.

In that interminable moment the man’s face moved from stunned to cautious to jeering, as Missy’s right hand fumbled backwards feeling the cold pearl on her fingers tips.

She could pick up the gun, she thought. She could blow the biggest hole right through the mechanic’s heart, spattering blood all over her mother’s bedroom, just like she’d imagined.

Missy’s teeth chattered wildly as she didn’t know how to make herself take a firm grip on the pearl handle.

Light flashed to darkness, to light, to darkness again. The room shook wildly as though the earth would destroy it from utter distaste. Then there was the scream. The hideous sound that never reached the surface of Missy’s mouth. Where all memory ends, endlessly cycling back to the beginning with our massively large, violent, lunatic mother, and how she once owned a pearl-handled thirty-eight revolver, while we were growing up in the ugliest poverty.