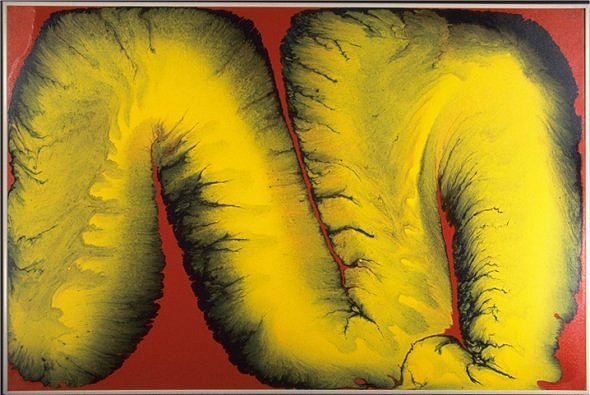 There are three things required for happiness—good health, selfishness, and stupidity; and without stupidity the others are useless. —Gustave Flaubert

In college I thought frequently about stupidity. It’s risky to write about, I realize, since anyone who assumes about himself that he is not stupid offers sure proof that he is—but that’s never stopped anyone from trying. Besides, each of us is an expert on stupidity—at least when it comes to recognizing it in others. I hadn’t gone to college to find stupidity, necessarily, but once I got there I soon realized I was in the high cotton—stupidity wise. I took to wearing a button on the lapel of my navy sports jacket that I had found in a thrift shop that said: Ignorance is Curable, Stupidity is Forever.

I had majored in philosophy in part to escape, or at least do harm to, stupidity—oh, what an education I was about to receive! If it is true, as Schopenhauer said, that the history of philosophy is the history of windbags, then—well, here’s a sentence best left unfinished, as it too closely resembles shooting fish in the proverbial barrel. What I can tell you is that in my history of philosophy classes I was amused daily by the elaborate labyrinths, the webs of belief that philosophers wove for the unsuspecting. I dutifully read Rene Descartes’ Meditations on First Philosophy, still a staple of modern metaphysics, with Descartes’ description of two kinds of substances, extended and non-extended, and his tortured attempts at reconciling mental substance and corporeal substance (perhaps in the pineal gland?); the so-called “mind-body problem.” Then I read British empiricist John Locke’s derisive dismissal of Descartes’ theory of substance, which the French philosopher had claimed was a “clear and distinct idea,” though Locke thought it, “An idea of I-know-not-what that acts in some way I know-not-how.” I had followed the story of the rise and fall of logical positivism, the elegance of the early Wittgenstein in the Tractatus Logico-Philosophicus with its whimsical, enigmatic conclusion, “Whereof one cannot speak, thereof one must keep silent.” This gave way to the less satisfying popularization of A.J. Ayer, the decisive, knock-down arguments of Karl Popper and Hilary Putman, and the comeuppance of the Empiricists, who proved to be as dogmatic—or worse—than the Idealists.

Speaking of the German Idealists, I read Hegel’s Logic and indeed his entire encyclopedic system page by page, the unfolding of Reason in human history and the reputed end of the history of philosophy, and Kierkegaard’s satirical comparison of it to an elegant and imposing castle tended by a man who was unable to live in it, who lived in the shack next door. Every Hegel deserves a Kierkegaard. All in all, this was great fun.

Best of all, I read Leibniz’s lengthy and somber descriptions of “windowless monads,” the elemental furniture of the universe, and about fell on the floor, laughing. In graduate school at the University of Denver I attended one of Jere Surber’s lectures on Leibniz. Surber was a thirty-year-old Texas Hegelian with curly hair and a rakish smile who swore like a sailor and played Beethoven by memory at the piano when, after a round of golf, we wound up at my house, drinking. He was talking at great length and with considerable charm about Leibniz’s monads, when the young woman next to me just lost it. Jere, with an eye on the two of us, holding our sides in the back of the room, sensed immediately what was wrong, and drawled, “Mo-nads, Suzanne, Jesus H. Christ! I said mo-nads, not go-nads!” (Reader, I married her.)

It seemed that stupidity had escaped the screening system of philosophic inquiry. Though the Greeks thought of stupidity as something that disqualified one from public life and citizenship, it had managed to take root on my fundamentalist Christian college campus. In fact, it was in full bloom. The rules were idiotic (no dancing, no drinking, no movies, no shorts, no public displays of affection, no pants for women, and two girls, if seated on a bed together, must keep both feet on the floor—huh?) and tightly enforced. The fat student handbook, with biblical citations to justify each rule—apparently God had seen fit to codify late twentieth century campus life in Ohio—was a virtual manual of stupidity. I memorized long passages from it and could quote them by heart, my rebel heart.

Modern notions about stupidity originate in the Enlightenment, a self-proclaimed stupidity-free zone (a pretty stupid idea, come to think of it), when, it was believed, reason had the power to shape society by idealistic and utopian visions, such that education and ethics were inseparable (the dream of the Greeks). Hence, the pedagogy of the Enlightenment—and by extension, the pedagogy of modern universities—treated stupidity with zero tolerance, interpreting brutality, prejudice, superstition, and violence as so many manifestations of the eclipse of reason. Where reason ended, stupidity reigned. One thinks of all those SAT tests many of us endured in high school: were they designed to erect official standards of stupidity, and if the SAT disappears, does stupidity go with it? We have heard of the postmodern and the post-racial; is there such a thing as post-stupid?

Well, no. Stupidity is not a matter of not knowing; not knowing is part of the human condition and inescapable by reason of finitude. Ignorance coupled with curiosity leads to inquiry, belief, and ultimately, knowledge. What so troubled me in college was willful ignorance; that is, the intentional effort to escape one’s own epistemic possibilities as a human subject. (Insert Sarah Palin joke here.) Stupidity is the public display, with absolute confidence, of affection for not knowing; it is a posture that deflects all arguments and criticism, preferring to dwell serenely in a hermetically sealed bubble in a world of one’s own making, void of the necessary social and intellectual concourse that might lead one to think otherwise.

Stupidity, as I have said, is best seen in others—not in oneself. It seems that stupidity is recognized only when it is not fully possessed. The value of thinking and writing about stupidity is that by recognizing its persistent presence in the world—and in ourselves, we may serve to undercut its power and reach.

Still, come what may, stupidity is our constant companion. Better to make friends with it than to ridicule or dismiss it; for if we know that stupidity is always available to us as a possible destination, we know also that we may have already  arrived.

Gary Percesepe is Associate Editor of Rick Magazine (formerly Mississippi Review). His short stories, poems, essays, book reviews, interviews, literary and film criticism, and articles in philosophy and religion have been published or are forthcoming in Salon, Mississippi Review, Antioch Review, Westchester Review, Schuylkill Valley Journal, Review of Metaphysics, Christian Scholar’s Review, New Ohio Review, Enterzone, Intertext, Luna Park, Istanbul Literary Review, Pank, elimae, Wigleaf, Prick of the Spindle, Metazen, Corium, Stymie Magazine, Word Riot, and other places. A former philosophy professor, he is the author of four books in philosophy including Future(s) of Philosophy: The Marginal Thinking of Jacques Derrida. He just completed his second novel, Leaving Telluride. His first novel, an epistolary novel written with Susan Tepper, is called What May Have Been: Letters of Jackson Pollock and Dori G, and is forthcoming from Cervena Barva Press in the fall of 2010.