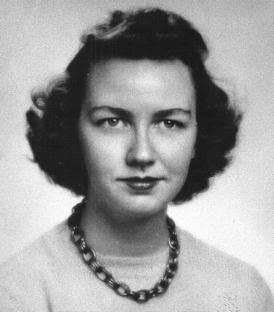 Anna Holmes writes a thorough study of Sandberg’s new book, LEAN IN, and the roll out, backlash, controversy at The New Yorker. I find the position of women, motherhood and ambition, as commented in the piece, to be of particular interest. Personal. I wonder how many more women would feel the same after reading.

Recently, I had some very good news and had to make some tough choices relating to this, choices I had never expected in my wildest dreams to have to make. It was all new to me and strange and good, but strange. I went directly to a writer who I considered to be a friend and someone who had helped advise previously and has shown support and happiness. Not a best friend or close mentor but a solid friend, someone who had often sought my advice and who I thought could help and would want to help, you get the idea. This time it was different. Where it got truly difficult was when he said, “You are very ambitious.” The tone and undercurrent of the statement had a strange sort of lackluster quality. I had done something wrong in receiving good things apparently. I’ll admit that the comment was unexpected. And I wondered how many women suffered the same smacks on their hands for being, for lack of a better word, “ambitious.”

Such comments could stem from a myriad of factors, sure. A doubt as to worth. Competitiveness. The against odds likelihood of a woman finding some degree of success in a predominantly male driven market? This last one stuck with me most, the other options being the more tiresome, worn out discourses of the three. Regardless, the episode brought home the ever present issue of women on profession on success and how “ambition” becomes the seeming tag word for anti-female, which is a little laughable. As said friend would be as much if not more “ambitious” than me. But then, ambition for a male writer is perhaps more expected? So the adjective is not necessary?

The whole affair lingered with me in an academic sense, though, I’m fortunate to have fantastic and supportive writing friends both male and female, so it didn’t sting for long, but I do sometimes think about how many of my sisters come across these sideline comments from friends. And furthermore, how many of my brothers suffer the same? We more often ignore and move on in the interest of maturity. To speak of such things in specifics and name dropping would be a form of ridiculousness I could never stomach. But I do think the issue of gender and ambition is a necessary discussion. It seems to me that living in general and specifically, living with a passion for writing, is difficult enough on its own without adding further difficulty.

To the point: All this  makes me realize how beautiful it is to see friends do well. I’ve made it a renewed priority to share my joy of it. Coming off AWP, I’m still reveling in the injections of positivity, support, friendships, and a particular group of friends who really excel at this support of each other. It is a gift. One not to be wasted. One to hold and cherish. And they don’t care if a writer is male or female they just want to see amazing things happen for their friends and anyone, in fact, who has passion and talent for what they do. This kind of energy is addictive, a good kind of infection. As exhausting as conferences are, AWP has this potential, when surrounded by those who would perpetuate it. I can say with all certainty that this kind of spirit is the driving force of the Mission Creek Festival, but that is another discussion.

For my sisters who have ever felt jibed for being female and seeking successes with their writing, I’ll leave you with a list of women in an article titled “Ambitious Women” at The Chronicle. Leading the pack is Flannery O’Connor. Hmm. Yeah, I’ll take ambitious. With a side of bad ass. Who will join me?