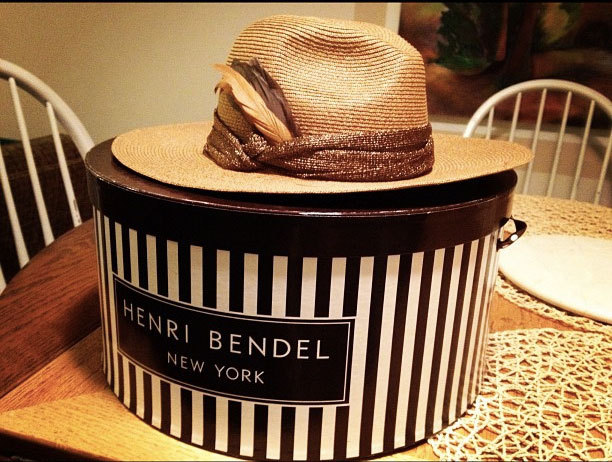 What do a Bendel bonnet and a Shakespeare sonnet have in common besides rhyme? Throw in Mickey Mouse. No, it’s not a riddle manqué or a question rejected by the Miller Analogies test. As many probably know already, these are just a few of the superlative attributes applied to the person who is nonpareil in Cole Porter’s 1934 song “You’re the Top.” In fact, the list of best-in-kind comparisons goes on for verse after verse, including the Mona Lisa, the Tower of Pisa, Mahatma Gandhi, Napoleon brandy, cellophane, an O’Neill drama, a Waldorf salad, Whistler’s mama, and camembert. While the wit of this compilation is yet another example of Porter’s lyrical brilliance, it may also be considered symptomatic of a tectonic shift in the hierarchy of cultural values that took place in the early twentieth century.

The song was written for the musical Anything Goes, with a Porter title song that’s yet another indication of an upheaval:

Porter uses the word “shocking” in the song, and many people were shocked by jazz, art deco, dada, and surrealism, not just by “a glimpse of stocking.”

“You’re the Top” contains, in effect, a cultural blurring, a fashionable hat given equal value to the poetry of Shakespeare. What would Matthew Arnold have said? Would he have rolled over in his 1888 grave? Arnold introduced the term “high culture” in his 1869 book Culture and Anarchy, defining it as “the disinterested endeavour after man’s perfection” pursued, obtained, and achieved by effort to “know the best that has been said and thought in the world.”

For Arnold, if he had written a version of “You’re the Top,” all of the comparatives would have been examples such as Goethe’s Faust, Plato’s Phaedo, Oedipus Rex, and, of course—like Porter, Shakespeare’s sonnets. As his book’s title indicates, the opposite and enemy of culture is anarchy, which he considers lacks standards and a sense of direction. He associates anarchy with England’s growing moves toward democracy in the second half of the nineteenth century. No doubt, he would have considered Porter’s lyrics an example of such anarchy—“the world’s gone mad today.” Or to use lines from Arnold’s own poem “Dover Beach”:

And we are here as on a darkling plain

Swept with confused alarms of struggle and flight,

Where ignorant armies clash by night.

The late twentieth century attacks on the literary canon—an exalted list of works almost all by dead white males—can be considered an anti-Arnold movement, Arnold himself being one of the dead white males. Beyond ignoring works by women and people from minority groups, the canon was based on the assumption that some experts had the authority to determine the best that had been said and thought and objective standards existed for making such judgments.

Might “You’re the Top” be a whimsical version of a new canon? If not, the specific choices in the list might serve as  a strategy way to deconstruct the old canon?

Yet, even thirty years after Porter, a defender of Arnoldian standards can be found in Dwight MacDonald, a journalist and cultural critic who mixed a patrician background—Phillips Exeter and Yale—with radical politics as a writer for The New Yorker. He probably is best known for his delineation of culture that compares high culture to the lesser qualities of what he called Masscult and Midcult, terms in the title of a 1960 Partisan Review essay.

For him, works of high cultural value called for an active engagement of the reader or observer and produced sophisticated emotional and intellectual reactions. Masscult works are essentially prepackaged and easy to access, emotionally lazy. Midcult he found more dangerous in its pretentious mixture of high and mass culture, seemingly sophisticated but still accessible with minimal thinking. In that category, he placed works like Hemingway’s The Old Man and the Sea and the writing of John Steinbeck. Would MacDonald have categorized Porter Mid or Mass?

Ironically, a magazine he wrote for, The New Yorker, has been put down as Midcult in distinction to, say, The New York Review of Books, clearly high culture. The circulation of the former is roughly a million and a quarter, that of the latter 135,000, about one-tenth as large. The New Yorker launched in 1925, five years before Anything Goes, and might be considered an example of a cultural potpourri mixed in the pages of a publication—cartoons, humor writing, fiction by excellent writers, profiles of a variety of people and subjects, and advertisements for expensive products.

In a representative issue, the one of November 24, 1934, three days after Anything Goes opened on Broadway, a reader could find—amid many cartoons and pages of ads for products ranging from Dewar’s Scotch, the new Hupmobile, Beech-Nut chewing gum, to Lucky Strikes—a short story by Norman Matson, humor by Robert Benchley, a poem by Ogden Nash, a profile of the Kewpie doll, a book review by Clifton Fadiman, a movie review of the Astaire-Rogers The Gay Divorcee, reviews of music and art galleries, and articles on sports and fashions.

A magazine with a similar cultural mix that thrived from the teens through the 1930s was the original Vanity Fair. Its issue of the Anything Goes month of November 1934 featured a caricature of Franklin Delano Roosevelt on the cover, with an internal conglomeration including a short story by Alan Seager, H.L. Mencken’s “Why Not an American Monarchy?”, John Gunther writing about the exiled Archduke Otto, Marquis W. Childs on the wicked city of New Orleans, and an article on the shopping bazaars of Manhattan, Bendel’s counterparts.

If there were a competition between Porter and MacDonald, Porter is the clear winner, the ranking of cultural values no longer pertinent. In fact, in many ways, Masscult has become the source of new form of mythological references. Consider Mickey Mouse, one of the superlatives defining the person who is the Top, and the cut rodent’s recognition throughout the world. In fact, the cartoon character was once rated the most famous symbol of America.

Yet many references of the literary works in the canon require detailed footnoting to explain names and terms contemporary readers would have understood immediately. The Porter song, too, close to ninety years old now, contains names and objects that would escape many younger listeners today—the nose of the great Durante, Garbo’s salary, and no doubt a Bendel bonnet. A Henri Bendel hat was considered the height of fashion in the 1930s, examples displayed in the high culture Metropolitan Museum of Art. But the store he founded in 1895 on the New York Fifth Avenue site of a Vanderbilt mansion closed forever in 2019.

Still, such ephemera plays a greater cultural role in recent writing than, say, Phoebus Apollo. Brand names—the products characters own or covet—serve as shorthands to define their personal tastes and economic, educational, and social status. An author can avoid paragraphs of exposition just by writing whether a character drives a Tesla or a sputtering Toyota Corolla, drinks Bud Light or Châteauneuf-du-Pape, reads The New Yorker or The New York Review, or eats flown-in Omaha Steaks or SPAM.

SPAM became the one-word lyric of a Monty Python song and the term to designate the junk that arrives on a computer because of the hash of unlikely ingredients blended into that canned meat product.

Another canned-meat product may mark a cultural turning point in the literary merger of high culture and Masscult references. That’s James Joyce’s 1922 novel, Ulysses, based on Homer’s Odyssey transplanted to twentieth-century Dublin. Plumtree’s Potted Meat and its advertising jingle runs through the mind of the novel’s protagonist Leopold Bloom, a seller of commercial advertising space, who associates the product with the newly buried body of Paddy Dignam, the haunting memory of his dead son, Rudy, and the adulterous relationship of Bloom’s wife, Molly, with Blazes Boylan. The term “to pot one’s meat” is Irish slang for copulation.

Ironically, the singer of accolades to the person who rates as the Top has an almost masochist self-evaluation: “Baby, I’m the bottom, you’re the top.” If Bloom had been singing the song, he might tell Molly she was a Homer heroine and himself mere potential potted meat.

If such a Bloom had been thinking of a Shakespeare sonnet, it would, unfortunately, be the line, “An expense of spirit in a waste of shame” rather than, “Let me not to the marriage of true minds / Admit impediments.”

Cole Porter may have been having a sport when he wrote “You’re the Top,” but, as Adam Gopnik writes about him in The New Yorker, “He takes pleasure in rhyme for rhyme’s sake, in the play of language, and does so in a way that is, oddly, far more in tune with the main lines of the American avant-garde of his time than operetta style could ever be.”