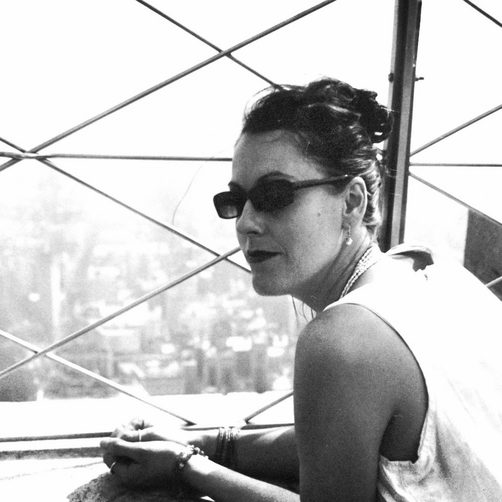 Sleepwalking is when you walk around while still asleep. Before walking, you might sit up and look confused. You might leap from your bed and walk or run frantically through the house or even out into the night. You might be desperate to escape a threat. You might talk or shout or hallucinate. Your eyes, usually open, will appear glassy. You might do things not normally done at night, often things that are crude, strange, or in the wrong place. You might urinate in a trash can, move furniture around, climb out a window. You might become hostile or violent or even homicidal. You might get in your car and drive a long distance, perhaps toward Canada. Indecent exposure and other sexual behaviors may occur. You might attack any person who tries to wake you. Men, especially, are prone to violence during these episodes. When you wake up, you might be confused, remembering only torn fragments. Or nothing. Rarely, you will recall the entire episode in excruciating detail. Sometimes, sleepwalking ends suddenly, by itself, leaving you wide awake in an awkward place. Sometimes, it lures you back to your bed—unaware you ever left it.

Lucid dreaming is when you recognize that you are dreaming, when you realize that what is happening cannot actually be happening—that this is not real life. You might be able to control, to some degree, what happens in a lucid dream: the characters, the environment, the narrative—but not always. One year before the inauguration of Donald J. Trump as President of the United States of America, Chris Taylor, veteran journalist and former chief news writer for Time, wrote a column for Mashable headlined: “Hey, America, We May Be Sleepwalking into a Trump Presidency.” Taylor asked us to picture it. “Not just a vague haze of orange hair in the Oval Office,” he wrote, “but what Donald Trump would actually do with the White House between 2017 and 2021, maybe even until 2025?” Taylor then shared a series of nightmare scenarios, all of which and more have come to pass. Those nightmares, he said, were the reason we all avoided thinking about Trump winning. Instead, we just kept sleepwalking toward it. To wake yourself from a lucid dream can be arduous. On message boards, lucid dreamers report struggling to force themselves back into consciousness, pinching themselves, even screaming and hitting themselves in the face to end the dream, sometimes without success.

Sleeping birds are vulnerable—but power emerges from numbers and strategy. This is why birds flock by the tens of thousands to roost for the night on the low, gnarled branches of the mangrove trees that flourish in the back bay waters of Estero Island, Florida. In these sleepy tidal marshes, huge knots of tangled leaves, boughs, and trunks rise skyward from the surface of the sea—not a trace of ground above water. No ground, no predators for the birds. On the landless rookery of Bird Island, some fifteen thousand birds huddle together at dusk and nod off in peace, fearless.

I used to dream I was paralyzed. I dreamt this over and over again for years until I didn’t. I don’t know exactly why I had this dream except maybe because of my stepfather. Little children are among the powerless because they let you do anything. Grab them by the pussy, by their…wherever; you can do anything to them. The places he touched me burn at night.

Early people saw dreams as a medium, often prophetic, between our earthly world and that of the gods. Freud saw dreams as messages of repressed longing. Jung probed the oblique symbols of dreamland. Some modern neurobiologists say dreams are just electrical brain impulses pulling random thoughts and imagery from our memories; they believe we construct dream stories only after we wake up, just a natural attempt to make sense of it all. But other mammals dream too—even our dogs and cats. Evolutionary psychologists see dreaming as an ancient biological defense mechanism. They say dreams might protect us by simulating potential threatening events and enhancing our neurocognitive ability to perceive and avoid danger—like a rehearsal.

It is possible for nightmares to arise from nowhere. But they can also be caused by external factors. Ironically, one research-based treatment for adult nightmares involves training sufferers in the techniques of lucid dreaming. One night, I am jolted awake from a stuporous dream scene in which my car is slammed from behind, and I am lurched out of the front seat. My head wedges into the crevice between the driver’s seat and the car door. I writhe and open my mouth to scream, but no sound emerges. This silence is more harrowing than the immediate impact of the crash. Later, I bring my children to visit my grandmother’s grave. I watch in fascination as they arrange unwrapped Hershey’s Kisses in a careful pattern around the edges of the marker. Nana loved candy. Then, in an expression of what is, to her, unnamable, my youngest meticulously scrapes moss from the carved letters of the marble headstone of a woman she never knew.

Obstructive sleep apnea causes breathing to stop and start over and over again in the night. The problem is, your throat muscles relax and block your airway. This can cause loud snoring. Of course, if you are the one snoring, you probably won’t hear it. Other symptoms to watch for include crushing daytime fatigue, gasping and choking in the night, morning headaches, difficulty concentrating, mood changes that include depression or irritability or even extreme anxiety, and complete aversion to sex. Gasping through the night triples your death risk compared to those who breathe freely. It stresses your heart. It can even stop your heart—cardiac arrest—due to how it inflames your body, triggers fight-or-flight every single time your throat collapses.

Sleeping and waking are distinct states of being, but they sometimes overlap. Complete escape is impossible. And yet, being awake in the dark is like an altered state, a borderland of consciousness. We take our children to the ocean—a beautiful stretch of island beach famous for its shells. Shells are a protective outer layer for certain animals. When empty, they wash ashore. They become empty because the animal has died and the soft parts have been eaten by another animal or have rotted out. The shell is what is left. Shelling is best at low tide. How otherworldly to comb the wet sand at four in the morning, a time when the sea breathes all the way back into itself.

General anesthesia has three main stages: going under, staying under, and emergence. Emergence is more arduous than waking from regular sleep. Airway support may be required. Shivering and confusion often ensue. The brain must wander through a thorny maze back into conscious experience. The brain must reboot itself.

My daughters and I visit Peru as volunteers with a charity that offers free surgeries to children with cleft lip and palate. In Peru, the altitude exhausts us, throws us into amnestic sleep each night as soon as the sun sinks beneath the mountain line. During the day, we work in the hospital—intake, records, surgical theater, recovery ward. One little boy wakes up kicking and thrashing so hard his fingernails draw blood from my daughter’s arm.

If general anesthesia is a kind of trauma, perhaps emergence is an aftermath. My friend says trauma makes everything abnormal, but that there is an upside: you see everything more clearly than before, so much more clearly, like waking from a dream or from sleepwalking. Your heart pounding, you crouch and scuttle gracelessly back into the waking world, your gaze circling like a broken spirograph, searching for whatever is left.