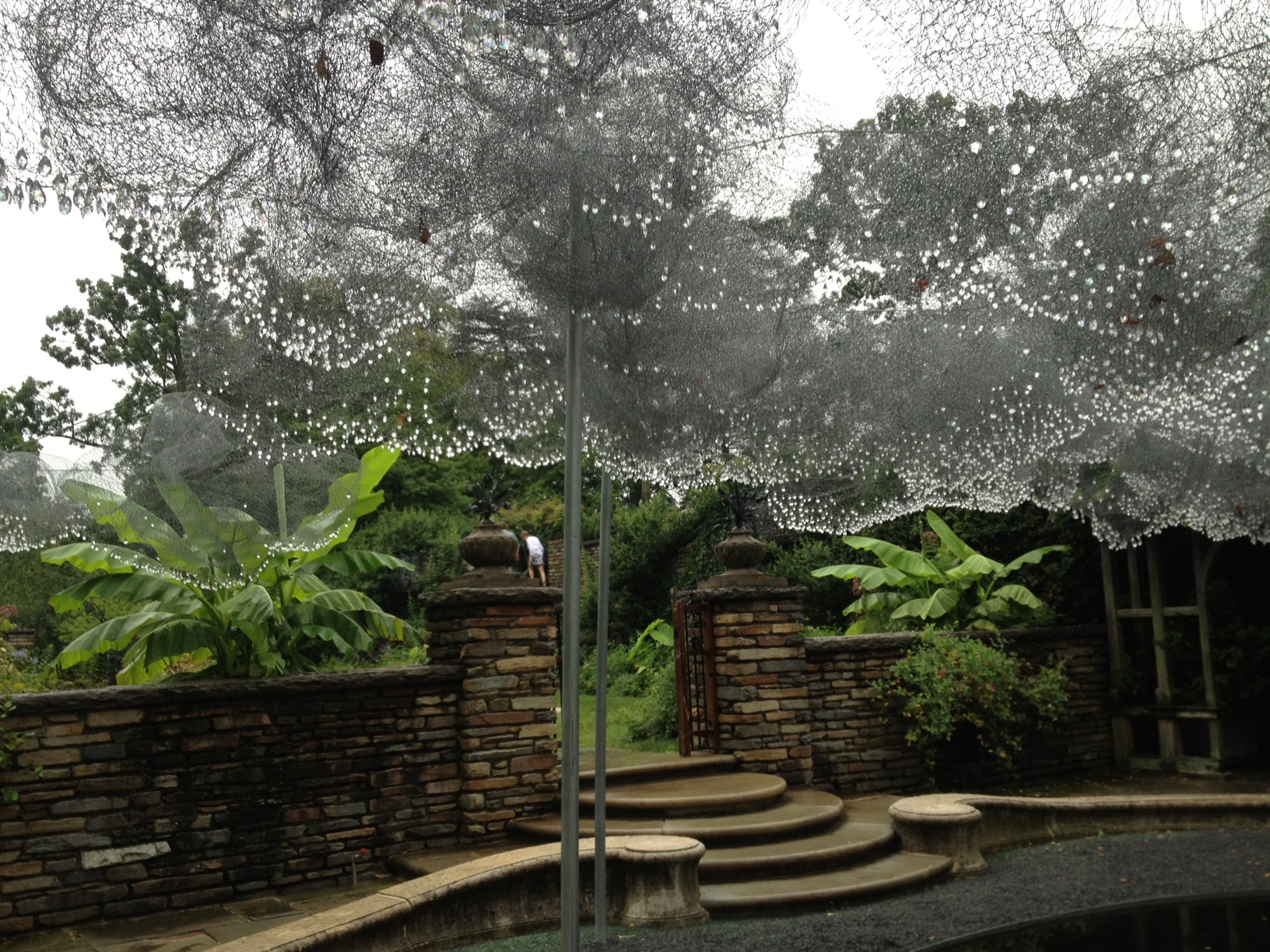 Dumbarton Oaks Gardens in Georgetown, a curatorial effort begun by Mildred Bliss in 1920 and in quick collaboration with Beatrix Farrand, has been a D.C. horticulture mainstay for nearly a century. The gardens include lush collections, now blooming with Prunus Mume, the Japanese Flowering Apricot, Halesia Tetraptera, the Carolina Silverbell, Hydrangea, and Amaryllis Belladonna, or Naked Ladies. Now,  in the middle of this garden oasis is a new art installation, Cloud Terrace, by  Andy Cao and Xavier Perrot of Cao | Perrot Studio, Los Angeles and Paris, in collaboration with J.P. Paull of Bodega Architecture. Both Cao and Perrot are landscape artists and co-founded Cao | Perrot Studio in Los Angeles (2006) and Paris (2008)… Cloud Terrace is a hand-sculpted wire mesh cloud suspended over the Arbor Terrace and adorned with 10,000 Swarovski elements water-drop crystals.  Its a dreamy, psychedelic feast for the eyes. Highly recommended for a sunny afternoon stroll.

The completed sculpture will be on view to the public through December 1, 2012.

Matt Levin was born and raised in L.A., where his mother introduced him to the Punk scene and L.A. music and arts scene. Matt studied film at the University of Oregon and lived in Barcelona, where he taught English and lived the expatriate life. He has written, produced, filmed and/or directed feature films, shorts, music videos, and worked as assistant camera on Sick: The Life & Death of Bob Flanagan, Supermasochist, a Sundance Film Festival, Berlin Film Festival, and L.A. Film Festival awards winning documentary. Matt lives in Washington D.C., where he is a filmmaker/screenwriter and hosts the bi-weekly radio show, Uncle Matt’s Two-Hour Shower.