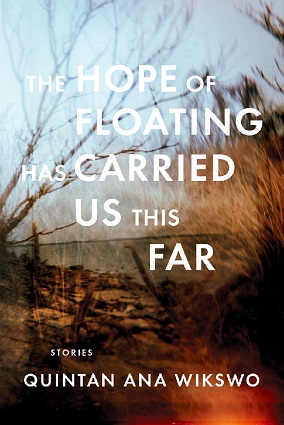 When love, lust, and longing, have all but killed you, and Newtonian physics has become too painfully restrictive, is it possible to find freedom in another dimension? Have you lost the will to live, or the will to live as human? Castaways in unmapped terrain, the characters in The Hope of Floating Has Carried Us This Far burrow underground in tunnels made by ancient nautiluses. They lay eggs by the seashore, and greet the sailors who come to carry those eggs away. And each by each, they choose to live—but to surrender their human forms. From within their peculiar neither-here-nor-there-doms, they learn to live in unbounded states, with edges that can no longer be marked, and meanings that can no longer be defined.

“These stunning, solitary and cinematic letters to the self (think of the Quays and Béla Tarr speaking together in dreamtime) bear witness to a world beloved and betrayed, the spent and brutal collisions of irretrievable loss with what might have been possible.”—Rikki Ducornet

“Quintan Ana Wikswo, in her unique and magnificent The Hope of Floating Has Carried Us This Far, has ignited a magnificent condensation of texts and images that culls together spirit, compassion, and dreams. Throughout her foray into extensions of the mind and the limits of the body she exudes an uncanny power of magic and wizardry.”—Lynn Hershman Leeson Quintan Ana Wikswo is a writer and visual artist recognized for adventurous works that integrate her fiction, poetry, memoir, and essay with her photographs, performances, and films. Her works are published, performed, and exhibited throughout the world, including anthologies, artist books, magazines such as Tin House, Guernica, Conjunctions, the Kenyon Review, and Gulf Coast, and in multiple solo museum exhibitions in New York City and Berlin. A human rights worker for two decades, she now uses salvaged government typewriters and cameras to navigate known, unknown, and occluded worlds, especially obscured sites where crimes against humanity have taken place. She lives in Brooklyn. 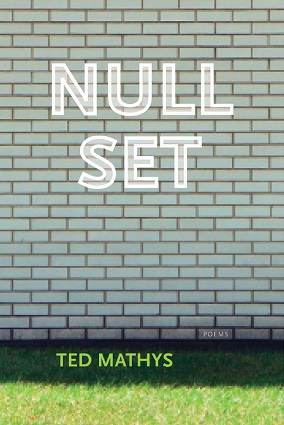 Null Set collects the slightly obsessive possibilities that rise when we give them the space—odd jobs, trouble-making, and farm boy rambling, all in dialogue with mathematics, or William Faulkner, or other poets.

HYPOTENUSE
I write three, erase it, blow rubber
shavings from the desk. Write its notation,
erase it, blow shavings. Then three 3s

erased, shavings blown, persist
for the nonce, three of nothing, nowhere
attending to discrete objects for counting,

themselves objects at any rate. To kiss,
sleep, and focus we know to close
our eyes, imagine. I do, see nothing. Ted Mathys is the author of two previous books of poetry, The Spoils and Forge, both from Coffee House Press. The recipient of fellowships and awards from the National Endowment for the Arts, New York Foundation for the Arts, and Poetry Society of America, his work has appeared in American Poetry Review, BOMB, Boston Review, Conjunctions, and elsewhere. He holds an MFA from the Iowa Writers’ Workshop and an MA in international environmental policy from Tufts University. He lives in Saint Louis and teaches at Saint Louis University. 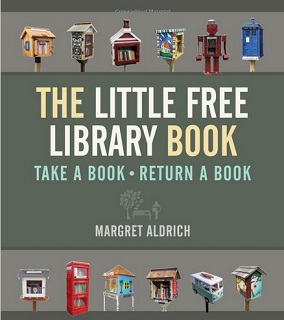 “Take a book. Return a book.” In 2009, Todd Bol built the first Little Free Library as a memorial to his mom. Five years later, this simple idea to promote literacy and encourage community has become a movement. Little Free Libraries—freestanding front-yard book exchanges—now number twenty thousand in seventy countries. The Little Free Library Book tells the history of these charming libraries, gathers quirky and poignant firsthand stories from owners, provides a resource guide for how to best use your Little Free Library, and delights readers with color images of the most creative and inspired LFLs around.

“The Little Free Library is a terrific example of placing books—poetry included—within reach of people in the course of their everyday lives. Free is always a good thing, and the project has a nice give-and-take feel to it. Here’s hoping we bump into literature when we turn the next corner—before we have time to resist!”—Billy Collins

“Stewards across the globe can be found within the [Little Free Library Book’s] pages, along with helpful how-to’s for any question you can conjure, professional blueprints for building your own LFL, and photos of some of the coolest Libraries around.”—Loft

Pre-order only. All orders will ship in April. Margret Aldrich is a writer and editor who has published her work with The Atlantic, Experience Life,Brain, Child, and others. A former editor at Utne Reader, Margret is a regular contributor to Book Riot and is a producer at BringMeTheNews’s national health platform. She lives in Minneapolis with her bearded husband, two entertaining young boys, and a Little Free Library.