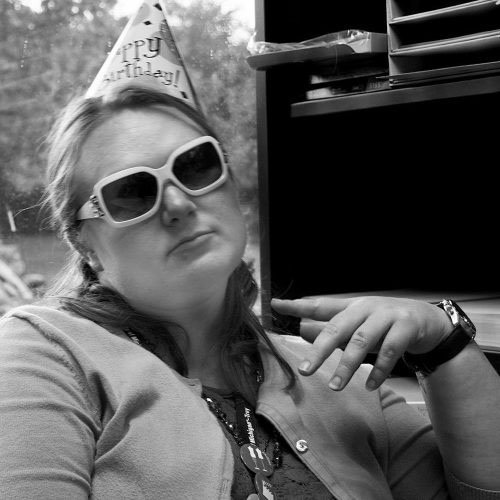 “Everything that irritates us about others can lead us to an understanding of ourselves.” —Carl Jung

Work boots. (“I’m not worried. They hurt my ankles, and I can’t have steel-toed boots on the construction site anyway.”)

Water bottle for running with his credit card and driver’s license in the zippered pocket. (This one was my fault. I was so tired after our Turkey Trot 10K on Thanksgiving that I don’t remember much of what happened before dinner at my sister’s house.)

Eye glasses the morning before an early 5K race. (We later found them on the floor in the livingroom where he wandered at some point in the night, sunk into the couch, and crept back into the bedroom before dawn with me—or him—knowing. He did that sometimes. Sometimes, it was hard to keep track of him at night.)

(Well, more like forgotten, not lost. Maybe it was lost at one time or he thought it was tucked away in a basement behind boxes of old baseball cards, not stuffed inside a closet, nestled between speakers and old shoes, the worn brown leather of the case barely visible in the shadows of clutter.)

Checkbook the night before his State of Michigan tax payment was due. (“Did you move it?” Not this time. And this time, I’m not going to help you look for it, either.)

Love letters to an ex-girlfriend. (Multiple drafts, in fact, or photocopies of the same pages, rewritten paragraphs, coming to terms with the end of one relationship and the start of another. The first woman who didn’t love him enough to keep him to herself, the second woman—the letter’s intended recipient—who simply decided one day that she just didn’t love him at all. His writing is large and loopy in one draft, small and scripted in another, fluctuating between a child-like enthusiasm for budding love, and passive, matured restraint.)

A list of women’s names written on a 3×5 index card. (Mostly names. Some only descriptions. Two circled together with “3some” written next to them. His “list” was an actual list. “It’s not that list, just a list. A list of people—I don’t know—of women who, you know, I just connected with or wanted to or thought about. It’s just a list of women I’ve thought about. Are you mad? Please don’t be mad. You can throw it away. Throw it away if it makes you happy. I just want you to be happy,” never, “I don’t owe you an explanation.” Because he doesn’t, and I can’t explain that I want his history to disappear, to go to the curb and never come back.)

Eye glasses in the shower. (“I had forgotten to take them off.”)

A glass pipe (bowl?) crusted with char, wrapped inside a Tim Horton’s muffin bag and tossed in box along with a bottle of expired vitamins, half-empty bottle of mouthwash, old toothbrush, a discarded tube of deodorant. (“I didn’t know that was in there.” Another forgotten item, but not lost, and apparently not missed.)

40-ounce plastic bottles of cheap beer stashed everywhere: Behind a pile of dirty clothes, in a drawer reserved for pajama pants and sleep shorts, and behind the toilet paper in the bathroom cabinet. (“I wasn’t hiding I was cleaning.”)

Beer bottle caps. On the floor, the dresser, nightstand, countertop, ottoman in the living room, next to the unopened mail on the dining room table, under the oven, on the workbench in the basement, next to the laundry soap on the dryer. (“I’m collecting I’m going to do something with them. You’ll see.”)

Newspapers from weeks, months ago, the creases still deep from being folded for so long. (“I was going to read that.”)

Eight extra copies of local magazines featuring an interview with Eminem. (“He’s from Detroit, you know.”)

All the empty 40-ounce bottles, some with a little warm beer sloshing in the bottom.

A brass lamp with a torn shade.

Scrap cable. (“That’s not garbage. I can get money for that.”)

So many empty boxes.

Things I gave away:

Set of six gold leaf glasses that have never been used.

Clothes that don’t fit anymore, clothes he never wears, the pleated denim shorts that went out of style years ago.

The fuzzy toilet lid cover he bought. (“You’re supposed to have one of these. So you have something warm to sit on when you clip your toenails.”)

Multiple copies of DVDs acquired for pennies when he worked at Blockbuster.

Unwanted gifts he had sent to the house after he moved out.

Travel mugs with broken lids. (“Sometimes, things just break,” I assure him in the beginning. He apologizes anyway.)

The lid to the cookie jar where I kept the dog treats.

The lock on the back door.

The lamp on the table next to his side of the bed.

Things he forgot when he moved out:

The plaque I made for him out of 600 bottle caps.