Rue de Fleurus began in 2013 by Eckleburg so we could hang out with the authors, artists and musicians we love. Come join us. You might fall in love, too.

The Rue de Fleurus Salon began in 2012, New York City, at Brazenhead Bookstore, owned by the always hospitable, Michael Seidenberg. Brazenhead is our favorite NY book haunt and has been featured in The New Inquiry, The New Yorker, and The Paris Review and The Doctor T. J. Eckleburg Review. Since 2012, Rue has been held at many more iconic venues: Club Passim in Cambridge, KGB in NYC, The Foundry Gallery in DC and The Johns Hopkins University in Baltimore. 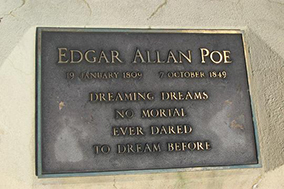 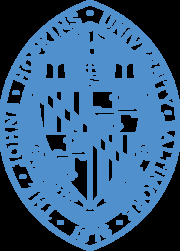 Mark Farrington is an instructor and the faculty fiction advisor for the Writing Program. He has an MFA in Fiction Writing from George Mason University and a BA from Colby College. He has published short stories in The New Virginia Review, The Louisville Review, Union Street Review, and other journals, and he has served as editor-in-chief of Phoebe: The George Mason Review. He also has published numerous articles on the teaching of writing. He taught writing at George Mason for ten years and currently also works for the Northern Virginia Writing Project, a teacher training organization at GMU. In 2003 he was a recipient of the MA in Writing Program’s Outstanding Teaching Award, and in 2004 he received the Outstanding Faculty Award from the Advanced Academic Programs. About teaching in the program, he says, “What I especially like about this program is its emphasis on the high quality of teaching, and its emphasis on craft. Maybe you can’t “teach writing”, but you can teach craft, and you can help students understand how to make their writing better. In workshops I ask students to be honest and constructive — always both, together.” He lives in Alexandria, Virginia , with his wife Christina and their springer spaniel Sophie.

Edward Perlman is the founder and editor of Entasis Press. Ed began his professional teaching career in the Alexandria City Schools, where he instructed in English and humanities and was principal for the European campus of a summer school program.  He writes fiction, nonfiction, and poetry; his poetry, essays, and book reviews have appeared in various reviews and publications, including Explorations, Passages Northwest, The Sewanee Theological Review, and The Living Church.  He is a contributing author to Alexandria, a Town in Transition 1800-1900 (Alexandria Historical Society). The DC Commission on the Arts and Humanities and the NEA awarded him an artist fellowship grant for 2006 for his poetry. He has twice won the Writing Program’s Faculty Award for Teaching Excellence. Ed has master’s degrees from Virginia Tech and from the Writing Program. He and his partner live in Washington, D.C.

Rae Bryant’s short story collection, The Indefinite State of Imaginary Morals, released from Patasola Press, NY, in June 2011. Her work has appeared in The Paris Review, StoryQuarterly, McSweeney’s, The Nervous Breakdown, BLIP Magazine (formerly Mississippi Review), Gargoyle Magazine, Opium Magazine, and PANK, among other publications and have been nominated for the Pen/Hemingway, Pen Emerging Writers, and Pushcart awards. She writes book reviews for such places as New York Journal of Books, Washington Independent Review of Books, Puerto del Sol, and Portland Book Review. She has received fellowships from the VCCA and The Johns Hopkins University, where she earned a Masters in Writing, teaches multimedia and creative writing, and is editor in chief of the literary and arts journal, The Doctor T. J. Eckleburg Review.