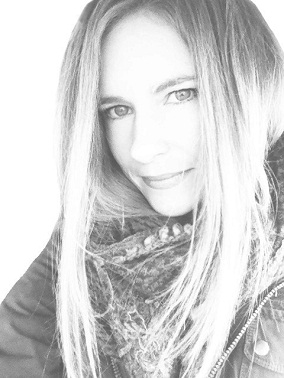 Rae Bryant, the creator of, the Editor-In-Chief of, and the mastermind behind The Doctor T.J. Eckleburg Review shares the journal’s history, what she’s looking for in submissions, and how to approach writing like the tip-toeing Elmer Fudd.

Q: How did you learn about/become involved with Eckleburg?

Rae Bryant: Eckleburg started as Moon Milk Review in 2010. I’d been working as an assistant editor with a few other journals and after a time felt I had acquired enough skill to start my own. It began very small, just me and my computer. I never thought it would become what it is, today. In fact, one of my primary business strategies has been small steps in an effort to retain sustainability. I’ve seen so many fantastic journals headed by thoroughly talented and motivated people shut down due to what has appeared to me a result of taking on too much too soon. Burn out.

I thought of the title, Moon Milk Review, while taking “Experimental Fiction” at Hopkins. Richard Peabody had assigned “The Distance of the Moon” by Italo Calvino to us and the rest just fell out from there. When the Hopkins M. A. in Writing program decided to house MMR, I liked the idea of adopting a title for the journal that reflected our location. The Great Gatsby had always been one of my modernist favorites, particularly the Eckleburg glasses section, because it seemed so strange and gritty and surreal in this very real NY decadence, so it stuck.

Q: What genre do you edit/what role do you have?

Q: What have been one or two of your favorite pieces you have seen in Eckleburg so far?

RB: I can’t answer this. I adore them all. I play on the front page of Eckleburg and click the music clips, view the art, read the excerpted stories, essays and poetry. A tapestry of Punk and more traditional voices. I love it. We’re very lucky to have the contributors we have.

Q: What are some publications you have/accomplishments you want to share?

RB: I’ve recently completed a novel manuscript titled MARROW. The manuscript is with my agent right now. Fingers crossed. It’s difficult to discuss in concept, but I guess you could say it’s the story of twisted events in a twisted life. Woman meets herself in a dark alley sort of thing or a ‘you’d be crying if you weren’t laughing’ and ‘you’d be laughing if you weren’t crying’ and ‘you would probably be sitting in tweed and quiet reflection if you weren’t wearing a Sid Vicious meets Virginia Woolf T-shirt, punching the air, saying fuck yeah, I know how that shit feels’ kind of read. I like wry, dark, humor mixed with socio-political that is relatable and pushes into otherworldly inner-spaces. Excerpted stories and related essays can be found at McSweeney’s, The Paris Review, and Missouri Review, Gargoyle Magazine and other journals.

RB: Tiptoeing, sort of like Elmer Fudd with a shotgun and a really weird laugh. Sometimes, a blowtorch.

Q: Any other promotion/interesting fact/random tid bit you want to share?

RB: I’m very excited to have a short story coming in Sunday Salon Magazine and to be participating in the Writing on It All project on Governor’s Island in NY this summer. This project is an intermedia project directed by Alexandra Chasin (The New School, Brief, Kissed By) and includes writers and artists from all over the country. We published work by Alex at Eckleburg and are always astounded with her intermedia and innovative projects. I’ll also be exhibiting a portion of this work at our Rue de Fleurus Salon & Reading Series this June 27th at the Johns Hopkins campus off Dupont Circle in DC, featuring Rick Moody as our reader. This event is open to the public and begins at 7:30 pm. We will be running a Rue de Fleurus event each semester with a plan to circulate between DC, Baltimore and NY. When Hopkins goes back to Florence, we will plan to hold a Rue there, too. The first event was kind of covert and wonderful and spectacular, a few writing and poetic friends collaboratively gathered at Brazenhead Bookstore in Manhattan. A very hush hush and small affair with whiskey and wine. Those with an aficion for worn and lovely books and spectacular art and good friends will understand how deeply in love we are with Brazenhead and how committed we are to creating a salon and gathering point that bridges this Atlantic corridor of cities so often isolated and isolating for writers. I’ve been fortunate to find good friends across the country, spend time with them in person, as well as online. I want to offer this to Eckleburg readers and contributors, too. The next event will be in Baltimore on the Homewood Campus. We are also running our second annual Gertrude Stein Award in Fiction 2014 guest-judged by Cris Mazza. First prize $1000. Our annual Eckleburg No. 18 is NOW on the bookshelves and we are beginning our brand new Workshop Series including an Essays Workshop with Chelsey Clammer and an upcoming workshop titled “How to Suck Less When Writing about Women.”

Rae Bryant’s short story collection, The Indefinite State of Imaginary Morals, released fromPatasola Press, NY, in June 2011. Her stories and essays have appeared in The Paris Review,The Missouri Review, StoryQuarterly, McSweeney’s, Huffington Post, BLIP Magazine, Gargoyle Magazine, and Redivider, among other publications and have been nominated for thePen/Hemingway, Pen Emerging Writers, and Pushcart awards. She has won awards in fiction from Whidbey Writers and Johns Hopkins as well as fellowships from the VCCA and Hopkins to write, study and teach in Florence, Italy. She earned a Masters in Writing from Hopkins where she continues to teach creative writing and is editor in chief of the university-housed literary and arts journal, The Doctor T. J. Eckleburg Review. She has also taught in the International Writing Program at The University of Iowa. She is represented by Jennifer Carlson with Dunow, Carlson & Lerner Literary Agency.