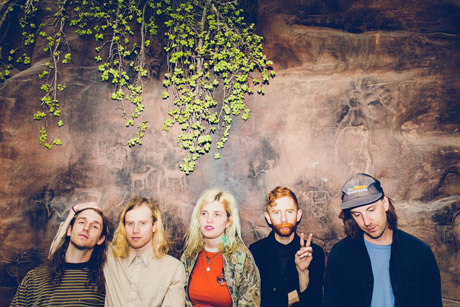 The band originated during Zac Little’s teenage years in a small Appalachian town in Noble County, Ohio. Little relocated to the city of Columbus, Ohio with original members Steva Jacobs and Luke Smith to attend Ohio State University. Throughout his college years in Columbus, Little accumulated and learned a number of instruments: banjo, mandolin, dulcimer and more, and upon meeting violinist Grace Chang, Saintseneca’s initial live line-up coalesced in the fall of 2008. This line-up toured regionally around the East Coast and released the four-track Saintseneca EP on September 1, 2009. This was followed with the release of the five track Grey Flag EP on March 30, 2010.

This line-up continued to tour the Midwest and East Coast throughout 2010 and early 2011 while work began on their first full-length album, Last which was released by Mama Bird Recording Co. on August 16, 2011. The initial line-up amicably dissolved on August 31, 2011 after the album release show for Last in Columbus.

Since releasing their debut album, the band has brought Steve Ciolek (The Sidekicks), Maryn Jones (All Dogs), Jon Meador, and Matt O’Conke (also of Tin Armor) into the fold. The band signed to ANTI- records in the spring of 2013. After 10 months of home recording with Glenn Davis (of Way Yes) the band entered ARC Studios in Omaha, Nebraska to begin work with producer Mike Mogis on their second full-length album Dark Arc. The first single from that album, “Uppercutter”, was released on October 15, 2013. On April 1, 2014 Saintseneca released their second full-length album, Dark Arc.

On October 9, 2015 the band released their third album, Such Things. Their most recent release was The Mallwalker EP on December 9, 2016.