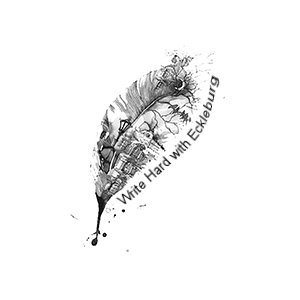 The rhythm established in the sequence of stressed and unstressed syllables in a phrasal unit. In a third and broader sense it is the rhythmical movement of writing when it is read aloud, the modulation produced by the rise and fall of the voice, the rhythm that sounds the “inner” tune” of a sentence or a line. Cadence is customarily used to refer to a larger and looser group of syllabus than the formal, metrical movement of regular accentual-syllabic verse. Modern poets, such as Ezra Pound and William Carlos Williams, urge the substitution of cadence for the conventional prosodic devices. (A Handbook to Literature)

The modulation of weak and strong (or stressed and unstressed) elements in the flow of speech. In most poetry written before the twentieth century, rhythm was often expressed in meter; in prose and in free verse, rhythm is present but in a much less predictable and regular manner.” (The Norton Anthology of World Literature: Literary Terms)

Novelists and short story writers are not under the same obligation as poets to reinforce sense with sound. In prose, on the whole, the rhythm is all right if it isn’t clearly wrong. But it can be wrong, if, for example, the cadence contradicts the meaning; on the other hand, rhythm can greatly enhance the meaning if it is sensitively used.” (Writing Fiction: A Guide to Narrative Craft)

As with the chemist at her microscope and the lookout in his tower, fictional point of view always involves the distance, close or far, of the perceiver from the thing perceived. Authorial distance, sometimes called psychic distance, is the degree to which we as readers feel on the one hand intimacy and identification with, or on the other hand detachment and alienations from, the characters. (Writing Fiction: A Guide to Narrative Craft)

Choose a summary scene you’ve already written and would like to revise for language and cadence. First, consider the narrative voice. Is this first person character narration or is this third? From where is this character or narrator? Now, find an audio source for this intended voice. Immerse yourself within the sensors of this audio. Try to speak in the same manner. Let yourself feel the pattern and syntax of this voice. Next, write a section of the audio as you say it aloud. Let your writing and audio voice work in tandem as you replicate the pattern and syntax. After you’ve immersed within the patterns and syntax, turn your attention back to your chosen summary scene. Speak the narration aloud. Does it take the same pattern and syntax organically? If, yes, rewrite based on what you have. Pay attention to phrasing and beats, like music, as you rework your sentences to better match the narrative cadence you intend. If the match ins’t organic, go back and find a new audio source then try again, etc.

Summary narration are great sections for cadence study, but don’t forget your character’s dialogue. We each speak with a natural cadence that mirrors our mood, our history and our desires.