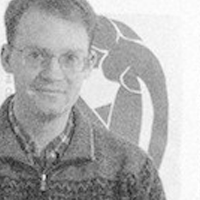 After you think of me, is there a color left behind?
Do you see the indiscernible gray of rock,
The pristine, abundant green, the blue in a cloudless sky?
Do I get stumbled past underfoot, relished like the ticking
Of a clock? Do you see me everywhere you look?
Do you remember me like red? In the burn
Of a flame or what issues from a wound?
Perhaps I am to learn to fill myself with colors in turn
Like white, a color that needs mixing to ameliorate.
One of the shades less pure, though just as vital, may fit.
Orange does well in fall as the summer’s brilliance fades.
Violet is less common but it’s hard not to be dazzled by it.
When I am on no one’s mind, nor entertained by the stars,
Can you see me? Can you tell how I look in the dark?

Timothy Norton lives in Northern Virginia. He received a bachelors degree from the George Washington University in the Liberal Arts program with a minor in creative writing.

I graduated from the George Washington University with a major in Liberal Arts and minor in Creative Writing. Since then I have written consistently.
I discovered poetry in college as a way to express experiences, perceptions and emotions that are not often not openly talked about, but which are most often dealt with individually and are also central to what it means to be human. I realized the power of a short, structured group of words that is often non-fiction and can bring light to nearly anything human by relating it to something unlike itself in metaphor, symbolism and other tools of the language. Poetry is unique in this capacity and in some way gets to the root of language, meaning and humanity in the multifarious forms it comes in.