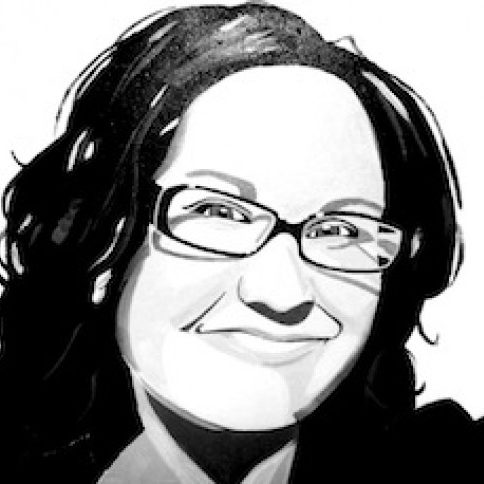 I see the toddlers again this morning

and I can barely control my urge to eat them,

I imagine the flavors of them: the brunettes tasting like fall

nutmeg, pumpkin spice, the end of something important.

Amye Archer writes at thefatgirlblog.com. She’s been published in PANK, H_ngm_n, Boston Literary, Word Riot, and more. She does not eat children.

Amye Archer has an MFA in Creative Writing from Wilkes University. Her work has appeared in [PANK], Twins Magazine, Provincetown Arts, The Ampersand Review, H_ngm_n, Boston Literary Magazine, and Hippocampus. Her first chapbook, No One Ever Looks Up was published by Pudding House Press in 2007. Her latest chapbook, A Shotgun Life, was published by Big Table Publishing in 2011. Her memoir, Fat Girl, Skinny, is represented by the Einstein Thompson Agency. Her first play, Surviving, was produced locally as part of the Jason Miller Playwright’s Project. She is the winner of the first Scranton Storyslam and she hosts the reading series Prose in Pubs. She is the former Reviews Editor for [PANK]. You can learn more about her at amyearcher.com.