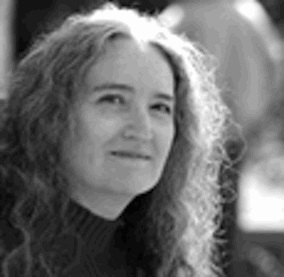 i received your letter, the comments about me writing so much about childhood. you should know what remembering life then resembles. it s like going into the smallest room in my house and drawing my heart out of my body. it s not dreadful. it s like eve coming out of adam s rib in the old paintings, bloodless and painless. it s like going into a dream and something new coming to life, blooming.

september 28 and the leaves still green on the butternuts and maples.

Theresa Williams’s novel, The Secret of Hurricanes was a finalist for the Paterson Fiction Prize. Her stories and poems have appeared in Apple Valley Review, Gargoyle, Hunger Mountain, The Sun and many other magazines. She is active in sending letters and mail art; “september 28” is the 76th letter written to Simon Warren. Letters to Simon Warren have appeared in a number of magazines and have twice been nominated for a Pushcart Prize. She lives and teaches in Northwest Ohio.

Theresa Williams's novel, THE SECRET OF HURRICANES was a finalist for the Paterson Fiction Prize. She has published stories and poetry in a number of magazines, including The Chattahoochee Review, Gargoyle, Hunger Mountain, and The Sun.