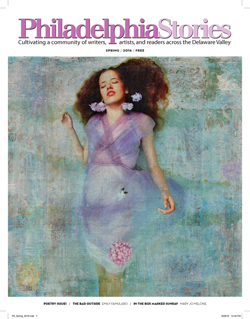 The mission of Philadelphia Stories is to cultivate a community of writers, artists, and readers in the Greater Philadelphia Area through publications, professional development, and promotion of area writers.