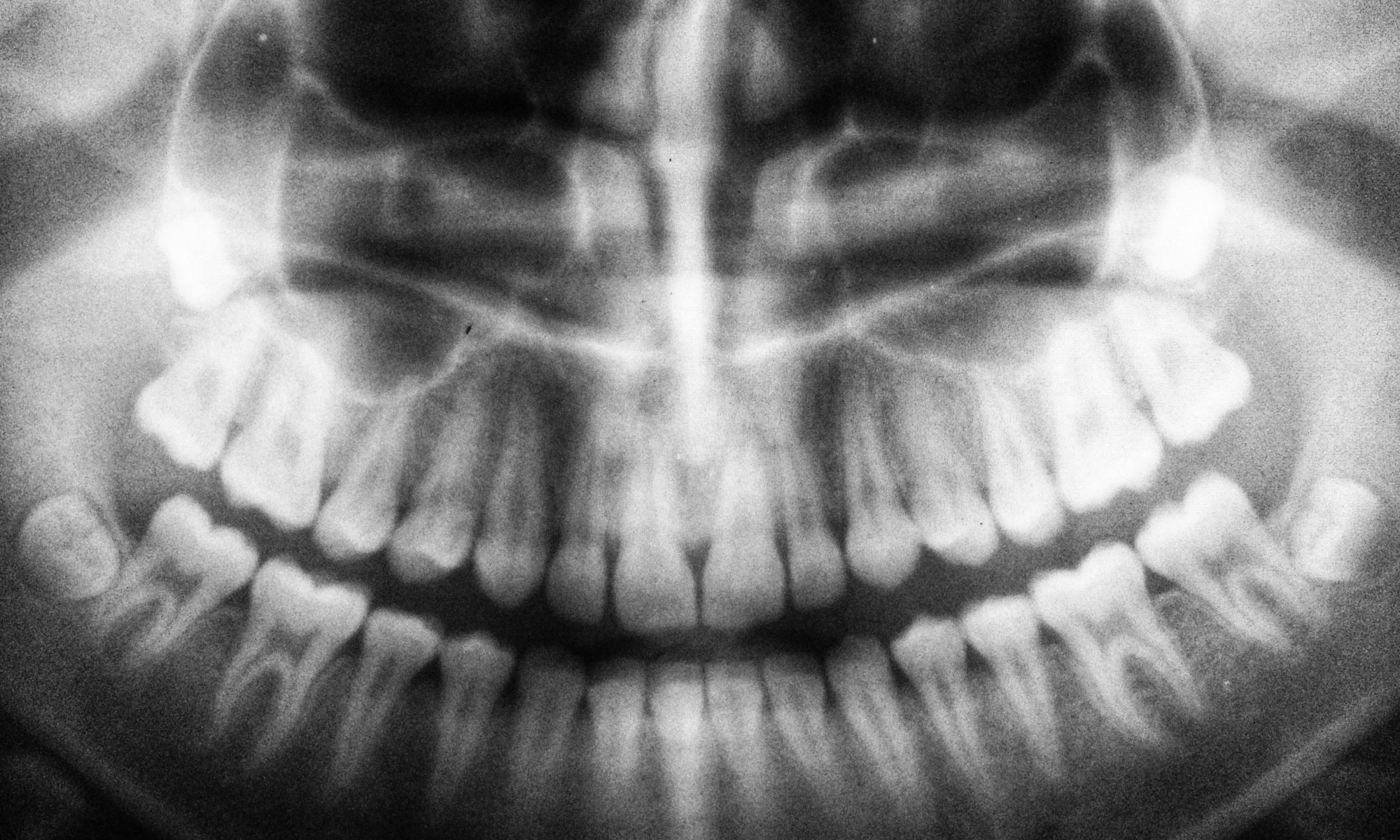 Using Zoom while living under the Covid-19 quarantine caused me to face something that I don’t face most of the time: my face. There it was, always looking back at me from my laptop screen. Even when I’m brushing my teeth or shaving, I only scan portions of it to make sure I don’t leave toothpaste or stubble on my chin. For the most part, it’s a perfectly fine face, I suppose. Granted, it’s not George Clooney’s, but it’s not poor John Merrick’s, either. So what’s my issue with it? Well, I guess it’s how cheerlessly it tends to rest on my skull, no matter my mood.

The common—and unabashedly misogynist—term for my condition is “Resting Bitch Face,” which, according to the irrefutable Urban Dictionary, is a term used to describe “a person, usually a girl, who naturally looks mean when her face is expressionless, without meaning to.” The 2013 video by writer and actress Taylor Orci that broke this term nationally also delineated the male analogue, “Resting Asshole Face,” but this term failed to gain similar cultural traction (after all, it’s always much more fun to laugh at and judge women than men, right?). Nevertheless, whatever you choose to call it, I’ve got it. I occasionally hear about it from others (What’s wrong? You okay?), but certainly much less than actress Kristen Stewart would still hear about hers even if she were a telemarketer in Lima, Illinois. Autocorrect, however, makes sure to remind me every time I type my last name because it always changes it to “Grouchy.”

Why do I have this naturally sullen look? Genetics must have played a part, but neither my mother nor father has it. Age has played a part, too, no doubt; thanks to gravity’s effect on the flesh of every living body, my already downturned mouth has undoubtedly turned down further after five decades of being tugged relentlessly toward the center of the earth. Nonetheless, it was still fairly firmly set by the time I reached my late teens—enough so that, when the editors of my high school yearbook asked the question “How Could Seniors Every Forget ____,” one of the “unforgettable” things noted was “Kevin Grauke always being bored.” How bored had I been back in 1987? No more than your average senior in high school, I would imagine. Most likely, whoever it was who had thrown this one onto the list hadn’t meant “being bored” at all. Instead, if they could’ve slipped it past the faculty advisor, they probably wanted to submit “Kevin Grauke looking pissed-off about something,” since that would’ve been more accurate, and it’s what I’ve struggled with not looking too much like as an adult.

For years, I marveled at how easily other people could smile at acquaintances and strangers alike, especially in friendly Texas, which is where I grew up. I’ve tried to do this myself, and I’ve gotten better at it over the years, but I still can’t be sure since I can’t really run after someone and ask whether the face I made just a second ago as we passed each other looked normal to them. Or, did it look like more an animatron shorting out? Why has it always been such a struggle for me, this seemingly simple skill, the innocuous greeting-smile?

I don’t remember when exactly I realized the most likely answer to this question, but when I did, it hit me hard, as all true things do when they hit. Smiling was difficult for me because of the former state of my mouth. My school portraits from elementary school through sixth grade trace the progression of what would technically be referred to as my severe malocclusion. In other words, I had a substantial overbite. In still other words, I had buck teeth. My classmates regularly called me such clever names as Beaver, Bucky, and Bugs Bunny. My two front teeth protruded so far that, like elbows on a table, they rested on my lower lip whenever I wasn’t talking or eating. To keep this from happening, I grew accustomed to sealing my lips together over them, but because this was not how my mouth ever naturally rested, maintaining this seal required conscious effort. I grew silent in order to maintain the illusion of keeping my teeth genuinely hidden.

My parents, God bless them, sought orthodontic help as soon as my enormous permanents burst through. My tiny mouth quickly became a crowded mess. Even before having my wisdom teeth peremptorily cut out, Dr. Wise pulled four permanent teeth as well as a few tenacious baby teeth in order to make a little room. Although braces didn’t come next, when they did come, in 1979, they came in a fashion that today’s orthodontic patients would probably not consider humane. Substantial stainless-steel brackets were glued to my teeth and then connected to each other with arch wires that were tightened monthly by Dr. Wise’s uncomfortably pretty assistant. Until they eventually grew callused, the tender insides of my lips and cheeks regularly julienned themselves.

But what came before (and then stayed, still most unwelcome, during) braces was something truly horrible: headgear. For those of a certain age, please recall Anthony Michael Hall’s character in the disturbing date-rape-played-for-laughs scene from 1984’s Sixteen Candles in which he wakes up in the backseat of a convertible with the beautiful, hungover Caroline. Hall is wearing (my identical) headgear—the sort that strapped around the neck to form Saturn’s dorkiest ring, not the sort that strapped across the crown of the head—for the only time in the film in order to amplify the hilarity of Geek (as he’s identified in the credits, though he’s also sometimes referred to as Farmer Ted) taking advantage of a drunken cheerleader handed over to him by her fed-up hunk of a boyfriend, Jack Ryan, who now prefers Molly Ringwald’s Samantha. Unlike Geek, however, and unlike everyone whom I’ve ever met who has told me their own particular horror story of having to wear headgear, I had to wear mine not just at night but around the clock, including at school, that magical place where anything that ever distinguishes you from others—whether it be a stutter, hand-me-downs, or a birthmark—is always accepted unconditionally. I’ll allow you to imagine on your own the unconditional acceptance that I received, although I would be remiss not to honor my most compassionate classmates, who made sure to explore every possible way that less benevolent classmates might try to cause me severe injury by pulling my headgear’s inner bow from its slots on my teeth while my neck strap remained fastened, thus transforming its now-untethered ends into deadly projectiles to launch toward the back of my throat like dual arrows from a crossbow.

By the time I reached seventh grade, my teeth were genuinely beautiful. Perfect, in fact. I’d also gained some much-needed weight and traded in my long chili-bowl haircut for gloriously feathered wings. Life improved dramatically. While it’s true that I didn’t suddenly become fabulously popular, I did blend in unobtrusively for the first time, which is all I had ever wanted. You might even say that I actually flourished in high school, but I realize now that, in less physical ways, a certain degree of irreparable damage may have already been done. Though I had certainly become more confident and comfortable in the world once I had been freed from Dr. Wise (whose eyes I can still see peering at me over half-moon glasses), internally I was still very much the skinny boy who always did his best to keep his lips sealed firmly over his massive choppers. This meant that I still found myself instinctively not smiling or laughing at things that I might otherwise have smiled or laughed at. It also still meant mostly speaking only when necessary. In summary, it meant that I remained always turned more inward than outward.

I’ve always assumed that these introverted traits of mine came naturally, that I was born this way, so to speak, and maybe this is still true, but maybe it’s not, either, at least not entirely. It’s that age-old debate, of course, nature versus nurture—yadda yadda yadda. Regardless, here I am, the same as I’ve always been, seen more than heard whenever I’m beyond the comfortable confines of my home, but then the world changed virtually overnight, compelling all sensible folk to wear facemasks in public to prevent the further spread of a death-dealing virus. No one liked doing this—masks were uncomfortable, especially in the heat of an unrelenting summer, plus they forced you to smell your own sour breath with every inhalation—but everyone except the ignorant and the brainwashed knew it was for the best.

As did everyone, I imagine, I felt strange wearing one at first, self-conscious, but I got used to it. Afterward, I came to realize something: never had I felt quite so comfortable, quite so relaxed, walking down the street as I did then, covered—hidden—from chin to eyeball. This is not to say that I’m not happy that we’re getting closer to life returning to something like normal, because I definitely am. However, I’d be a liar by omission if I didn’t also acknowledge that it was nice having nobody able to see my Resting Bitch/Asshole Face and possibly wondering what the hell my problem was, nice not having to try to smile like more comfortable folk do, nice having nobody able to see my buck teeth haunting me like phantoms. All anyone could see were my eyes, which were, despite the lethal circumstances that had compelled me to mask, strangely at ease, possibly even smiling.

Photo at the top of the page by Umanoide.

Kevin Grauke is the author of Shadows of Men (Queen's Ferry Press), winner of the Steven Turner Award from the Texas Institute of Letters. His work has appeared in such journals as The Southern Review, Quarterly West, Blue Mesa Review, and Cimarron Review. He teaches at La Salle University in Philadelphia.