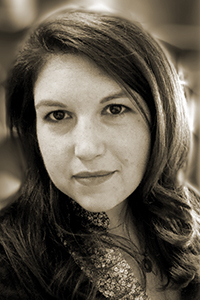 Back in college I wrote a story about a girl who meets a scary clown at a circus after getting lost behind the main tent. It wasn’t based on any experience I’d ever had—I loved circuses as a kid. One of my most vivid childhood memories is from a Barnum & Bailey show I’d seen just miles from their now-defunct Clown College in Venice, Florida, where I sat four rows back from half-a-dozen elephants as they stood on cue to void their bowels into individual buckets placed there for that purpose. It wasn’t part of the show, or at least I don’t think it was. Just a necessary element of animal husbandry that nevertheless struck me as fantastic and a little magical. This probably should have turned me off circuses entirely, but being in proximity to those enormous animals just conveyed a fascination with zoos, aquariums, and preserves that persists, albeit somewhat guiltily, to this day.

If anyone had asked where that story came from, I would have said I had no idea until I came across a glossy flier in a pile of scrap paper while packing up my college dorm room. It was no more than four inches tall and two wide, featuring a clown that faced the camera with a little girl on his lap who was either laughing out loud or screaming her head off. Examining it, I remembered immediately where I’d picked it up—a mechanic shop in Saratoga Springs where I’d taken my car for a checkup before a road trip to Savannah. I wasn’t thinking of the flier when I wrote the story (a melodramatic work of juvenilia that I’m glad is lost to history), but it had clearly worked its dark magic in the back of my mind all the same.

One of my mentors, the wonderful Julianna Baggott, always emphasizes in her classes the way “disparate images” from our lives and/or our imaginations can combine to create surprising, moving works of fiction. She gave us an exercise once to come up with four separate incidents either from our lives or the lives of others we knew personally. I can’t remember the categories now, but they might have gone something like this: something stolen, something given, something found, something lost. We were then invited to use the basics of each memory to craft a story in which all of those elements would take on new life in the experience of an invented character. The “real” elements freed us from having to invent the piece from top to bottom, but the fact that we were mixing and matching bits of fact gave us permission to invent when the story required it.

While I don’t use this process for every story I write, I make a conscious effort to mine and mentally file disparate images from life and elsewhere (dreams, overheard conversations, SkyMall catalogues, people-watching, and a thousand other sources). Some writers keep a notebook for these snatches of observation and inspiration, but I generally depend on my subconscious to do the weaving for me. I like to imagine all that detritus floating around in there, pieces breaking off, new associations forming, all in the service of mulching up ground fertile for fiction.

Another story, Fort Lauderdale Is for Lovers, might have sprung from a vacation to Florida taken in my last year of college, but it draws on the bike I once rented on a day trip to Nantucket, and cherry-picks the four years I spent entrenched in my high school drama club—plus touches on the time my seventy-year-old grandmother went parasailing to celebrate having beaten ovarian cancer when her doctors had given her six months to live. It’s either a story flecked with truth or else the truth diluted by story, but either way it’s a cocktail I couldn’t have planned out ahead of time, a story that required a period of fermentation for the parts to harmoniously combine.

For years after I’d decided to call myself a writer, every time something happened to me, usually something bad but sometimes good things as well, my mother would say, “It’s fodder for your writing.” I’ve come to see the world in those terms now, for better or worse, which for me means that nothing is lost. All experience, big and small, has the potential to be translated, remixed, and reborn into fiction. Some experiences, of course, need more time to “cool off,” to become less personal, less painful, before they can be dissected and redistributed, but nothing is off-limits with the right intentions, in the right container, as long as the story sticks to worlds and characters and communities the writer has natural access to, and never crudely appropriates the often fascinating and hard-won stories of others.

My advice to any writer would be to act like the packrat, which uses twigs and leaves and other items found in nature to build its nest, but is also attracted to shiny things, electrical wires, frayed bits of string, leftovers of all types. Our trash is their treasure (think Templeton in Charlotte’s Web or Ariel in Disney’s The Little Mermaid). Ordinary-seeming items or memories can spark the most surprising and moving stories, so collect all you can, bury them deep, and then, as squirrels often do with the prized nuts they forage, forget all about them. In time, the story-worthy will bloom. 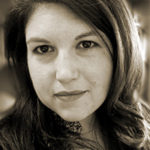 Katie Cortese is author of Make Way for Her and Other Stories (University Press of Kentucky, 2018) and Girl Power and Other Short-Short Stories (ELJ Publications, 2015). Her work has recently appeared in such journals as Indiana Review, The Cincinnati Review Online, The Writer's Chronicle, Wigleaf, and elsewhere. She teaches in the creative writing program at Texas Tech University where she serves as the fiction editor for Iron Horse Literary Review.