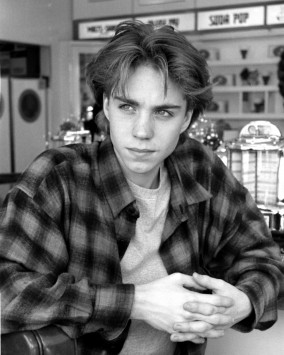 This has nothing to do with nostalgia. The day I left college I was sitting in an old English pub listening to a local musician play a cover of a song, one of those fairly uplifting tunes by a well-known band that broke up a few years ago now, you’ve probably heard it. The pub was one of the few original buildings to survive the ‘great fire’ that had gutted the same small market town it belonged to four hundred years earlier. As a matter of historical record, the fire spoke to the same kind of witness as the song itself. Melodic and melancholy, yet at the same time strangely optimistic; it conveyed a cheerful tragedy. I’d heard it before. It was June 1993 and everything was on the verge.

I suppose on the level of purely anecdotal evidence, it was pubs in the early afternoon that pointed to where the 90’s began, half a dozen moments, which briefly exuded the original charm of spontaneity. Every now and again, you’d see pictures on a wall where dark red flames would race through familiar streets and yet no one talked about the town having been all but burnt to ashes. It was as though no one wanted to admit that historic occasion might have actually had something to do with the reason we were sitting there. If it kept you amused you were in with a chance.

Occasionally you’d cast a glance at a clock on the wall that was in no way connected to your own life. The night read out loud like lines from a Baudelaire poem, When you are seventeen you aren’t really serious./One fine evening, you’ve had enough of beer and lemonade,/And the rowdy cafes with their dazzling lights!,/You go walking beneath the green lime trees of the promenade. Then, at some point a new face arrived at the table with a girl you ought to meet or a book you hadn’t read before and for a moment things began to look interesting. Already living on reputation, it didn’t take long for the ennui of late adolescence to express its own chemical reaction.

This has nothing to do with nostalgia. To write about the 1990’s is more like referring to a guest at a party who you only ever met the once. They never came back and you never saw them again. All you are left with are other people’s good times their memories crumbling like aspirin as they marvel at the paper cut of twenty years. Chronology was not so important as having “been ‘there'”. It wasn’t so much a lack of material as a lack of evidence, a kind of early parenthesis between the fall of the Berlin Wall in October 89 and Nirvana’s final ‘Unplugged’ performance on MTV in March 94. It was the sadness of the night River Phoenix died standing in stark contrast to the sensationalist voyeurism that accompanied the suicide of Kurt Cobain less than six months later. It was one version of the 1990’s that belonged to one particular song and bar, and another that was everything that came after.

It wasn’t a realistic decade in terms of managing expectations in many ways, merely the prelude to something bigger that never materialized. Speaking personally, there were a lot of hangovers and long stretches of study and unemployment. People claim not to forget their formative experiences, but they do and it was easy to forget in the 90’s. There was a general mood of being part of and yet not of a moment that seemed attributable to the way people drank as though they were singing quietly out of key.

I never saw the etymology of “dissipation” as one that lent itself quite literally to the idea of years disappearing, and taking you with them. In “Echoes of the Jazz Age,” F.Scott Fitzgerald paints the 1920’s as a montage of music, literature, cinema and promiscuity where, “A whole race was going hedonistic, deciding on pleasure.” However, unlike Fitzgerald in the twenties, the nineties had no official spokesperson despite the devastating intelligence of a young American comic named Bill Hicks, who in targeting the terrifying apathy and inertia advocated by mainstream popular culture, may have gone on to shape an alternative set of questions that were never answered over the following years. Hicks died in April 1994 at the age of 32 from cancer.

This has nothing to do with nostalgia. Two years later 1996 was in many ways the mythical English summer staring out into the void. After England lost to Germany in the semi final of the European Championships the communal high that had so energized the country for those first few weeks in June now turned to an atmosphere of shrill euphoric desperation. Had the decade ended there it may still have salvaged more than a sound bite, “What doesn’t kill you, makes you stronger”.  The right time to ask ourselves (as the class of 93 entered our early twenties) what we intended to contribute beyond the pleasure principle. Or perhaps it was the simple opportunity to shake off what had been up to that point a warm and happy reverie.

And so the party went on. The years that followed were bright and breezy; young manufactured bands to match the new politics of Britain’s New Labor. Change was expected and cheerfully adapted to a bland political paraphrase of “signifying nothing”. Pubs were full and the newspapers colorful as ever filling our eyes with Sky Sports and the latest American blockbuster. The surreal mourning period after Princess Diana was killed, fine-tuned to the hysteria of a celebrity sing-a long funeral that an entire nation felt they simply had to be part of. Even today I am sure there exists a silent majority unable to remember a single thing, falling back on their favorite episode of Friends.

As a result, it is all but impossible to identify a general consensus as to what the 1990’s were, and what they made of their own lost and found generation. To try and summarize those ten years in the same way as Scott Fitzgerald did his own era wouldn’t capture what by way of comparison remains the lack of a genuine readership. Incrementally slipping away in stages of ever decreasing capacity, the 1990’s doesn’t allow for the same kind of self-indulgence with regards to the mistakes of its own youth as Fitzgerald’s did. The decade did not so much lose its innocence, but merely learnt to imitate the way a dull child speaks that later was so well exemplified by the conversational skills of George W Bush (with apologies to dull children everywhere).

Perhaps, in the end, it all comes down to a question of timing. Scott Fitzgerald believed it was still too soon for him to speak with any certainty about his own memories of the decade that had both made and passed him by. Perhaps for Fitzgerald, like so many others of my own generation, it was the guest who never came back that left such a bad taste in the mouth. In many ways he or she was always an amalgamation of various people met at different times. College friends and strangers, faces you never really knew as well as you’d like to tell yourself. They had something to say to you once, only now that one particular song with its happy quiet rhythm is no more. If I ever stop to think of it, it is only to smile at the thought of that small-town burning.