Dear Women Who Say Pride and Prejudice Is Your Favorite Book When You Have Almost Certainly Never Read It,

I suppose when our conversation alights—precariously—on the topic of books and literature, and I benightedly ask you what your favorite novel is, you have to find something to plug up the gap. I am not unsympathetic. If someone were to ask me what my favorite hockey team was, I would probably just answer “Capitals” even though I have never even attempted to watch a hockey game in my life, televised or live, and I become irrationally irritated when Capitals fans crowd the Gallery Place Metro station on weekends.

Even so, the better answer at that juncture would be, “I don’t actually watch hockey,” and then the hypothetical conversation might grind back to the weather for a while before I or the other party made another awkward stab at more meaningful connection. I would prefer, actually, this turn of events—that is, I would prefer it if you would just tell me you don’t really read novels instead of you telling me that Pride and Prejudice is your favorite novel and thereby instigating The Conversation.

What I mean by The Conversation is your futile, lighthearted, and curiously brazen attempt to convince me that you have read the works of Jane Austen when your exposure to her consists of, at most, the 2005 Joe Wright adaptation of your purported “favorite novel” and maybe half an episode of a British miniseries of Mansfield Park you caught one night while you were cooking dinner. It invariably begins with your gushing insistence that you Love Jane Austen™ and oh my goodness, where have all the Mr. Darcys gone?! If I’m in a particularly spiteful mood, I might aver that Mr. Darcy seemed like kind of an asshole and probably wasn’t that much fun to be around in the long run. Then I might let it drop that I preferred Mr. Bingley, goofy as he was, at which point escapes from your lips a high-pitched, “Mr. Who?”

“The one with the red hair,” I say, and the conversation is usually immediately recovered. “Ohhhh, yeah, that proposal was super touching,” and I want to say, “You mean the one that occurs offscreen in the book?” but I don’t because even I, curmudgeon that I am, am not that vindictive. Instead, I usually agree with a lifeless “yeah,” and The Conversation trundles on to the point where you state that Lizzy Bennet is “such a strong female character” and “so ahead of her time.” To which I might raise you that I liked Anne Elliot even better, and I might have asked you if you have read Persuasion had you not declared yourself to be such a diehard Austen fan, but no—I have to rescue you by politely commenting that Persuasion is sad but such a beautiful book. Your foundering mouth closes in relief.

You change the subject to yoga, a subject with which I have only the barest of acquaintances, but it’s all right because you have some rather long-winded story to tell and a categorical recommendation about which studios I should frequent and which I should avoid, if I desire to take up yoga as a serious hobby, which I most definitely should. Our conversation, now returned to a more honest one-sidedness, bobbles along like the float on a fishing line. Ahhh.

My point is, Women Who Say Pride and Prejudice Is Your Favorite Book When You Have Almost Certainly Never Read It, I have an English degree from a well-respected university and you are never going to fool me. Yeah, I might be on my high horse, but I suppose what I really take offense to—the real reason why I am writing this letter—is that you don’t care whether or not you fool me (believe me, I can tell) as long as I don’t expose your artifice because, to you, reading the book and watching the movie are the same thing. You think it’s perfectly legitimate to say that you love Jane Austen’s work when all you’ve really done is appreciate an artsy film adaptation that, while good, is no substitute for the actual flesh and blood of the text. Jane Austen, to you, is a brand, a genre. And it’s all about wish-fulfillment rather than social intricacy, the costume budget rather than witty narration, or understated character development, or what Austen did to elevate romance into literature.

Guilty as charged; I’m a snob.

But would a little honest appreciation be too much to ask? Or, better yet, you could just swallow your pride, tell me you don’t read novels, and we could get on to talking about yoga or the weather. After all, I started talking to you because I was dying to hear about the guy staring at your ass while you were doing your cat-cow poses.

Emily Holland is a 2014 graduate of the University of Chicago and currently lives in Frederick, Maryland. She works there for the Frederick Arts Council and is most proud, recently, of her work on the Sky Stage project. Like every writer ever, she owns cats and is addicted to black coffee. She has been published once previously in Atticus Review.

We have collaborated with a number of talented and high profile literary, art and intermedia organizations in DC, Baltimore and New York including The Poetry Society of New York, KGB Bar, Brazenhead Books, New World Writing(formerly Mississippi Review Online), The Hopkins Review, Boulevard, Gargoyle Magazine, Entasis Press, Barrelhouse, Hobart, 826DC, DC Lit and Iowa’s Mission Creek Festival at AWP 2013, Boston, for a night of raw comedic lit and music. We like to promote smaller indie presses, galleries, musicians and filmmakers alongside globally recognized organizations, as well as, our local, national and international contributors.

p style=”text-align: left;” align=”center”>Over the ashheaps the giant eyes of Doctor T. J. Eckleburg kept their vigil, but I perceived, after a moment, that other eyes were regarding us with peculiar intensity from less than twenty feet away. – The Great Gatsby, F. Scott Fitzgerald 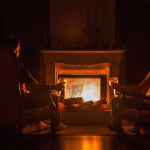