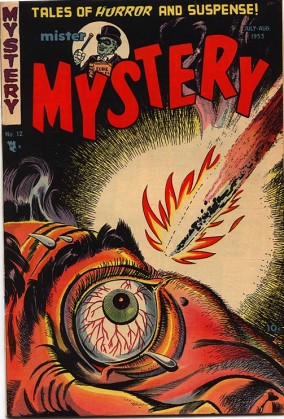 Mystery was many years ago part of an unpublishable pseudo-modernist monster (it called itself a novel, but no one was fooled). There was a young woman in the book, besieged by what gets lazily called ‘daddy issues,’ and this piece was part of my attempt to explain those issues and the havoc they caused. I was tired of rape and abuse as back-story tropes — they’re horrifyingly common but they aren’t answers, they aren’t stories, just crimes — and I was trying to create something that specifically positioned the character for who she was. It’s an extension of the game I play at every bar I go to — sometimes with my wife, or with friends, and sometimes alone — and I guess why my fellow drinkers are drinking. Especially the ones that are smiling, like me in my author photo: fake recognizes fake.

These days I’m lucky enough to have a wonderful agent, who helped me through a monumental overhaul of the monster, and now that monster can legitimately be called a novel (Mayfly, being represented by Speilburg Literary Agency, if you’re an editor out there looking for a hot new novelist). With a little tough love, and a considerable amount of bourbon, I was able to let go, to cut things from the book and not pull a Thomas Wolfe and try to recycle every last cut word. I let everything go. Well, almost everything. Mystery I couldn’t let go, and so I rewrote it for The Doctor T.J. Eckleburg Review (I’m a bad submitter, I don’t always read the journal I’m submitting to, but this time I did — maybe there’s a bit of a lesson in that).

The piece itself — the answer to a question I had about this character — came to me in a flash during an awkward moment in my salad days. Here’s the tableau: me, punk-ass line cook, bearded, tattooed, and hung-over, apron splattered with jus and marinara; him, southern aristocracy, silver-haired, Brooks Brothers blazer in parochial blue, slacks soiled at the ankle, face bursting with blood, an adult diaper clenched in his hand. And the toilet, clogged, overflowing. I picked his phone and Jaguar keys off the floor with a latex-gloved hand and set them on the sink counter, out of danger. A dozen theories on why these two men couldn’t interact, why we were separated into our separate mad existences, mysterious to each other: Freud, Marx, Butler, Stuart Hall. His blood-stained plantation inheritance, my muddled immigrant past. But an overflowing toilet? That really cuts through all the shit. We looked at each other and laughed, threw our hands up. Humiliation — like an orgasm, or a heart-attack — leaves only the bare person there on stage, in front of you, a naked ridiculous animal.

I changed the story, of course. That’s the bare minimum for fiction. Swapped culture-clash (asshole Yankee vs. Old South Money) for family romance (opaque father vs. searching daughter). Throw in an embarrassing childhood anecdote — who flooded the toilet, I’ll never tell — and a stoic, Lutheran father. Exploited some private family material (I’ll say it about myself so no one else has to: as an author I am a parasite). As for the writing, the translating, the method, well, I should say up I’m not an MFA kind of guy — for better or worse. I’ve done my time in academics, read critical theory until my eyes bled and I was incapable of simple declarative sentences. But I remain skeptical of theories and routines and procedures (I don’t have a writing spot, or a particular music I listen to, I don’t outline on the wall or compose on notecards).

The voice itself just arrived, as is almost always the case; the more methodically I work at individual voices, the more fraudulent they seem. In my case — a very undisciplined and unprofessional case — my characters are just the way they play out, they’re like absent minded guitar doodles that slowly become a melody, a harmony (I know some music theory too, and whenever I try to write a song in a certain key it sounds like a song I already know, or fake, or plain stupid). In any case, the woman in this story exists, in my head, and this is what she sounds like. I wish I could be more specific about how she was created, her mysterious genesis. There’s someone in my head who knows what they’re doing, but it’s rarely me. Nothing is ex nihilo, though. It could be influence – I don’t bother much with Harold Bloom – but imagine having Chuck Palahniuk and Garrison Keillor as agons, and here’s this story. Or it could be growing up in a family with a lot of women — aunts, cousins, nieces, and a sister (who I wrote this piece for) — and a few, emotionally-opaque men. And it could be a story I overheard at a bar — somewhere around my fourth or fifth round — and forgot. Cryptomnesia. Or the Anxiety of Influence. Or a surplus of estrogen in my childhood hormonalsphere.

I’m happy this piece survived the years and the editorial purges. An oldie but a goodie, if I can be so presumptuous, that reminds me what I still write about: those moments where your insanity and my insanity are tuned to the same pitch, when we appear, at last, to each other, visible, maddeningly understandable, before we slip apart again, to our private frequencies.