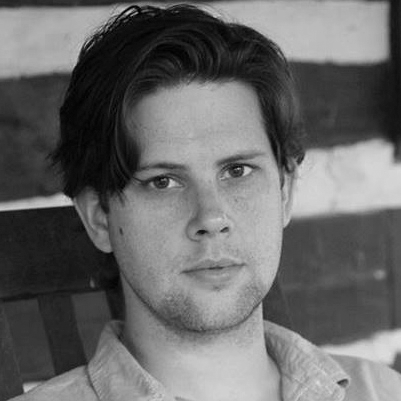 The writing in James Lord’s A Giacometti Portrait disappears as I glance at it now. Conceptually it is a mirror facing a mirror. As a note of eighteen afternoons in Alberto Giacometti’s Paris studio in September and October of 1964, the text is named appropriately: it is at once both a written portrait of a prolific Swiss artist of paint and sculptor and a document of an American writer’s portrait done in oil. I do not know of James Lord other than that he wrote this text and eventually a Giacometti biography, and that, according to the text, he was close with Giacometti prior to the fall of 1964. I’ve introduced Lord’s recursive text to close friends claiming that its loose narrative freed up many frozen ‘issues’ in my mind, massively-small questions that I assume many seize up over, too. The truth is this portrait provided me a narrative for the Hegelian philosophy and Zen Buddhism I was reading about and trying to internalize at the time. Prior, I was stubbornly straddling two enormous either/or forms in all my thinking: stuck in the choice between two absolute options and often surrendering to either irony or apathy to stay upright. I will try to document the text’s appeal as a salve for that sort of thinking here.

The narrative follows Giacometti as he paints a portrait of Lord in black and gray oil – each day, Lord walks into the studio, finds Giacometti either working on one of a number of half-done sculptures or off at his favorite Parisian café for coffee, wine and a newspaper, and sits on a stool a few feet from a canvassed easel. The portrait was planned to take three hours to paint yet it stretched to 18 consecutive afternoons as Giacometti painted and smeared a representation of Lord’s torso and face. In the midst of the 15th afternoon referring to the sum of painting to be done, Lord says that “in the realm of the absolute, a little is limitless.” He used this phrase to suggest that an artist that fundamentally strives for an absolute form in her work can never reach conclusion. Or, that an artist aiming at a pure mimesis of reality will not hit the mark because there is inherently always more reality to be mimicked. The concept of an objective reality is forever flowing onward in time and outward in space; so how can one capture any reality in a work without sucking the temporality and perspective out of it? These mental conflicts are products of binary thinking and are recursive and really mess me up if I take them too seriously. In harsh language: these are my excuses for not working.

A struggle common to artists sprouts from the idea of being both subjective and objective in the same instant. An artist is caught between saying what she or he wants about reality and saying it in a language that the infinite other will understand. Lord says this art truism results in doubt in the artist’s mind. Often the artist doubts their ability to fully realize their work, and with Giacometti, his entire oeuvre is diseased by this self-inflicted suspicion. In Lord’s account, Giacometti furiously curses as he paints, referring to himself as “not a painter”, and then with pride, he claims that he is “getting somewhere”, or that, “I have a very large opening in front of me…it’s the first time in my life I’ve ever had such an opening.” Statements as these are followed by: “I’ve been wasting my time for 30 years,” connoting his artistic career. These jagged absolute words were likely meant to shake up Lord – who was in awe of Giacometti’s work – but a senselessness in worrying for too long about the logical paradox intrinsic to art surfaces: Giacometti doubted his abilities as an artist but produced powerful works at a prolific speed (Angela Schneider’s monograph Alberto Giacometti: Sculptures, Paintings, Drawings [Prestel Publishing, 1997] features 250 sculptures, paintings and drawings in an “overview” of his work).

Only in theory art is futile: only in the mind. But art seems to come out of the mind and this makes difficult the task of separating authentic concepts from oppressive thought. Rhetorical #1: Do we give up talking to each other because absolute connection cannot be experienced? Rhetorical #2: Should a runner give up her love of running because she cannot possibly run a mile in zero seconds? Lacquered in contradiction, Giacometti seems to aim at what can be named subjective realism. Put like a koan: he individually strives for a pure unity between painter and other. He says about painting, “If only I could find someone to do this in my place!” Then he says, “The way I want it.” Why would an artist so convinced of the impossibility of ever truly finishing a work even try to? What is the aim of art that chases after reality if the only outcome is an approximation of reality?

I visited the National Gallery of Art in D.C. recently and in my stumbling about found a collection of Giacometti’s notorious dark, wiry sculptures. I had already spent a good amount of mental energy looking through and discussing with my girlfriend Dawn a gallery of Harry Callahan photos and was at that cynical point in a museum visit where the art ceases to floor me and the endless collections become dusty timeless objects curated by innocent public servants inculcated by a state going through the motions. But because I had just finished Lord’s book I approached the sculptures drunk with interest. Abruptly I became a child ripping at a birthday gift’s wrapping as I watched life becoming. I circled the collection of five human-esque sculptures under soft light and could feel Giacometti’s calloused hands somehow in my mind, though I have never seen his hands in pictures nor were they even mentioned in Lord’s text. The feeling was both opaque and concentrated, his hands reminded me of my dad’s – I won’t touch the Freudian entanglement there.

I am no sculptor yet I can imagine the dread that would come with trying to produce an accurate three-dimensional sculpture. An infinite number of perspectives would need to be considered and precisely reproduced. Many great artists expose the perils of thinking about creation within an either/or framework. They ask ‘why not?’ when it is nearly default to ask ‘why?’. Giacometti struggled in his head but not with his hands. Here’s another koan: in concept, art has no meaning to a society other than to continue to make the bold claim that meaning is not a requirement of art. This paradox may confound some of us steeped in the Aristotelian logic of the late-capitalistic West. Either a price tag or protest of a price tag assigns value to a work in most societies.

Experiencing great art is like watching from the first row as a quarterback throws a 50-yard pass and 90,000 fans surge into insanity, or like seeing a horse run at full speed. In place of the everyday ennui and angst of say maneuvering through a highway of traffic, with that hard-to-avoid self-centered perception that all of the rest of humanity is doing exactly as they please at that time (not unlike the naïve agony of the contemporary suburban teenager), is a primal focus, not even a mere feeling of being in a tightly vacuumed moment, but actually being there with little use for conscious thought. Giacometti’s wire sculptures seemed both finished and unfinished: more work could be done but the figures were still captivating as is. They were somewhere in between a photo and an ideal. Details that were connoted in Lord’s text about Giacometti’s shop splashed about in my mind: spotted black paint on a concrete floor, dark charcoal smears and fingerprints, canvases leaned in a pile against a wall, white clinical lighting mixing with Parisian afternoon light, cavernous hallways, and the echo of opera spilling from an imagined room. These thoughts brought the sculptures alive not literally but in the way only true life can deliver on: arousing every inch of attention in me. The sculptures themselves did not inspire me to see the human form differently, but they inspired me to see. They turned me on to the continuous change surrounding me, to the museum visitors smiling and talking. The basement café on my way to the bubbling midday street was powerfully silent and hygienic, and the lemon sunlight outside poured through Washington’s maple trees at gorgeous angles I had never noted before.

Jeremy Mohler is a writer and editor with work featured in DC Style Magazine, The Flyer, Greenbelt News Review. He graduated from the Philip Merrill College of Journalism at the University of Maryland and currently lives in DC.