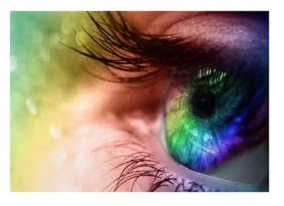 By Kathie Bergquist, Dream Interpreter for the Stars

Dreams are windows to our souls. They shed light on the deepest workings of our subconscious mind; through recognizing their patterns and repeating totems, we learn about who we are now and can foretell who we are yet to be.

Dreams also reveal our rightfully hidden secrets and darkest, most sordid desires. In Chapter Six, we will explore dreams that you should avoid discussing in public places such as department store restrooms or parent-teacher conferences.

To dream of an aardvark signifies an itch for something that lies just below the surface, something yummy that you know is there, even if you can’t yet see it or taste it. You are driven, by instinct, to stick your nose into dubious places.

Freudian interpretation:  We all know the quip about the Spartans: they never leave their brother’s behind.

The dream of trying to ascend a broken staircase indicates uncertainty regarding your direction. A broken suitcase means you should release old baggage and negative feelings. Dreaming of a broken promise foretells a change of plans; a broken bottle and a broken heel in the same dream means you’re having an interesting evening, and may, in fact, be drunk.

And a dream of a broken heart reveals a troubadour’s soul.

The feminist bookstore truly is its own dream, because you’ve only recently met the Dyke with a Moustache Who Gave You Funny Feelings and you don’t yet know the difference between the magazines Off Our Backs and On Our Backs (and trust me, there’s a big difference) and it’s here that you buy a copy of the Coming Out Stories and read all of the Dykes to Watch Out For comic strips and discover the work of Sarah Schulman and Pat Parker and Judy Grahn and Dorothy Allison and Audre Lorde and Cheryl Clarke and Joan Nestle and Rita Mae Brown and Susie Bright and the music of Two Nice Girls and Sweet Honey in the Rock and oh my god these women teach you everything.

The dream of the giant grocery shopping cart is a prescient dream. It means you will pee between two parked cars later in the afternoon.

You are being chased down a dark tunnel. Suddenly the ground opens up and you’re sinking in a chickpea tahini muck. If you don’t make it through the sludge before the bell rings, you will fail the quiz. Alternate interpretation: You’ve been attending too many lesbian gatherings.

Perhaps you recently had a summer-loving blast. Conversely, it may have happened too fast. In either case, there is more than one version to this story and the details do not add up.

Ooh I’ll put my spell on her

Like wildflowers, your seeds travel on the wind. You bring color to barren places. The Dream of Social Justice

Like social justice, the interpretation of this dream is elusive and fleeting, hovering just beyond perception, like a South Carolina Senator in the back room of the leather bar. See also: Aardvark.

That Dyke with a Moustache Who Gave You Funny Feelings

In this dream it’s 1986, maybe ’87. You are a fierce young feminist, protesting the University of Minnesota campus store for selling Playboy because “pornography promotes violence against women.” On day two, the Dyke with the Moustache shows up. She and her friends are counter-protesting your protest, demonstrating against the policing of sexuality and what they call the feminist sex police. She is a dyke with a capital D, she knows the difference between Off Our Backs and On Our Backs, and she makes you feel funny, like in a tickly way throughout your body. Interpretation: You have awoken.

Cats (Not the Musical) At the feminist bookstore you buy a labrys pendant, symbol of the amazon. You get your hair cut short – very short — and wear T-shirts from Act-Up and Queer Nation. You have a difficult conversation with your mother. You hem and haw. Finally, after many hemmings and hawings you spit it out: “I like someone. It’s a girl.” The girl in question is not the Dyke with the Moustache Who Gave You Funny Feelings. Rather, it is the one who liked you because of your hat and kissed you at the club. “Oh that’s it, honey?” your mom asked, “I thought you were going to tell me you were pregnant.”

You have finally learned the difference between Off Our Backs and On Our Backs.

*No one has imagined us. We want to live like trees,
sycamores blazing through the sulfuric air,
dappled with scars, still exuberantly budding,
our animal passion rooted in the city. Kathie Bergquist is the author of five books, most recently A Field Guide to Gay and Lesbian Chicago, co-authored with Robert McDonald. She edited the anthology Windy City Queer: LGBTQ Writing from the Third Coast and is editor-in-chief of www.msfitmag.com.  Her essays, stories, and poems have appeared in numerous publications. She teaches creative writing at Columbia College Chicago.