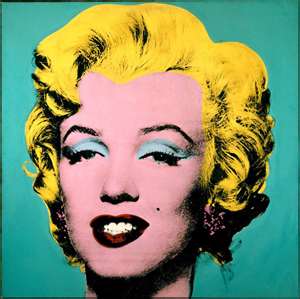 There is a terrible misconception that Marilyn Monroe was nothing more than a not too sharp, sex symbol. The “dumb-blonde” bombshell, albeit an iconic one. The truth is that Monroe was a brilliant actress, with depth and range in emotion, who studied her craft diligently with top acting coaches to create her public persona. In “Marilyn Monroe: Proto-Feminist?” (Guardian) Lois Banner goes so far as to suggest Monroe was a strong female prototype, offering her iconic role in The Seven Year Itch as evidence:

The scene in the shoot is naughty, with the phallic subway train, its blast of air, and Marilyn’s erotic stance. Yet she is in control. She is the “woman on top,” drawing from the metaphor for women’s power that runs through Euro-American history. She poses for the male gaze, but she is an unruly woman – the white witch with supernatural powers; the burlesque star in “an upside-down world of enormous, powerful women and powerless, victimised men”. In the photo Marilyn is so gorgeous, so glamorous, so incandescent – as her third husband, the writer Arthur Miller, described her – that she seems every inch a star, glorying in her success.

Proto-feminist or not, Monroe was more than sex and comedy. She acted in dramatic roles as well, and perhaps better, than her more famous comedic roles. Her untimely death made her a tragic figure, but her films, as opposed to just a photograph, show us the depths of her talents, which makes it exciting that the AFI Silver Theater is presenting a  retrospective of her best films, including the early directed works of John Huston and her seminal roles with Billy Wilder.