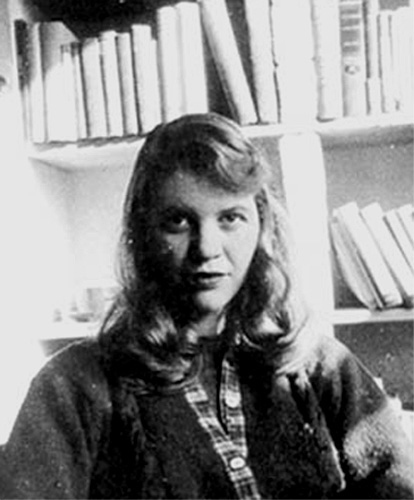 Recently, I pondered the question: “what exactly is it that causes a person to become insane?” This is an old question, of course, but I had not meant to pose it to the altogether dry criteria of some clinical source like the DSM-IV. Not even the legends of history would suffice, for I remained convinced that somewhere between the atrocities of Emperor Nero and the glassy, zombie-like gaze of a homeless man downtown lay the heart of the poet. There, I surmised, I would find my answer.

Sylvia Plath came to mind immediately. This is not the time or place to review the celebrated career or the many apt biographies of an important artist. Readers of fiction already recall The Bell Jar, and fans of poetry well know of her prodigious gifts. Certainly all will remember that she took her own life at the mere age of thirty. She turned on the gas stove at her famous London flat—a prior tenant was W. B. Yeats—in the dead in winter in 1963, padded the doors (on the other side of which slept her two young children), and asphyxiated herself to death on the fumes.

She was already well-published, healthy, married to a star of English poetry, Ted Hughes. She had enough money, taught successfully, won scholarships and internships from very famous organizations and endowments and magazines. She spoke French, travelled widely in Western Europe and even attended the obscenity trial of a certain D. H. Lawrence. What is more, I have seen photographs of her in her twenties. She was tall, blonde and quite beautiful.

So what was the problem? Whence resting one’s head beside a gas-pumping oven and putting the two creatures you birthed in harm’s way to boot? Surely it is not too far a stretch to conclude that this was an act of an insane person. Nor was this her first attempt at suicide. Indeed she had survived the 1950s version of shock-therapy, commitment to sanatoriums, “medications,” counseling and all the rest of it. I looked for an insight, a peak amongst the troughs so I could pluck it out and see. Why?

I decided to finally read the introduction to the most recent edition of The Collected Poems, 2008. Generally speaking, I avoid introductions to people’s work because I fear they may get in the way of my own visceral coming-to-grips with a writer’s idea. To borrow the methodology of the social science behind the DSM-IV, it risks contamination of the test sample. Still, Ted Hughes wrote this introduction. An artist and commentator in his own right, he was the husband of Sylvia Plath nonetheless. In my search, the author of the introduction might serve as a central, primary witness.

This is what he had to say: “In several cases, I can fix poems precisely to a date and place. (She was writing ‘Miss Drake Proceeds to Supper’ on a parapet over the Seine on 21 June 1956).” So there it is, a fixed time and place, a direct witness, and the record of Plath writing something on a balcony overlooking the main river that courses its way through the center of Paris. A brilliant, beautiful woman writing something. Is that all? Why did he remember this moment, exactly?

For the answer to that, I consulted the poem (obviously) and also—may the cross-referencing gods of research show mercy—her collected journals (Kukil). As the fates would have it, “Miss Drake Proceeds to Supper” turned out to be a vignette on insanity itself: “No novice/In those elaborate rituals/Which allay the malice/Of knotted and crooked chair…” (Plath 1956).

She was twenty-three years old, writing this on a parapet over the Seine—a tale of a patient in a psych ward for whom the carpet’s designs move, against whom the grains in the floorboards conspire. The patient is seemingly drugged out. Her sluggish feet must somehow navigate a delicate path from one room to another. By the time you get somewhere, in other words, the demons have already won. I wonder if she even enjoyed that moment, gazing across the waters, the lights and buildings of that ancient superlatively romantic of world capitals. Was she then at all capable of feeling joy?

I looked at the journals. Ted Hughes remembered this poem, this scene because it took place five days after his wedding. As much as a man can capture a woman, Hughes had captured the American starlet of literati and made her his own. He was there, watching his bride write from a parapet over the Seine. One may wonder, with sympathy even, what he thought of his famous, young prize. Did he himself see the demons lurking by the door? Was he watching them, too? Might he have imagined himself playing with them?

An appendix to the journals showed there was one thing more to learn about “Miss Drake Proceeds to Supper.” The original entry contained text not printed in her published collections. This was it—my clue, the hidden answer to the question that began my journey, the test of my idea that the heart of a poet would reveal the very nature of human insanity. And here is what I found:

And is come/Into the still, sultry weather.

The words ‘And is come’ had been crossed out on line 25 of the original draft. It’s what I get for looking.

J. Scott Hardin graduated from San Jose State University (B.A. 1994, M.A. 1996) in Modern European History before studying and teaching as a Doctoral Fellow at Tulane University and the Freie Universität Berlin.  For the past ten years, he has been writing under the starry nights of the American Southwest.  His poetry and fiction appear in The Café Review and The Houston Literary Review.  His new art column is forthcoming at ragazine.