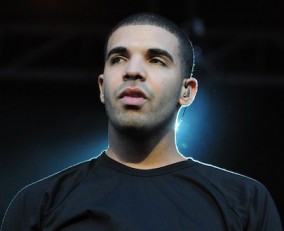 [Recommended listening: So Far Gone. Alternatively, Drake’s Best Loosies of 2014, which I have on repeat lately.]

Lily Meyer: Lily, why in the genuine hell did you write a story [The Third] about a person who falls in love with Drake?

Lily Meyer: I know it’s strange. I wrote it during my MA year, and no one in my workshop believed me when I told them what I was working on. And then they were all surprised when they liked it.

LM: But seriously, why?

LM: Well, the original idea was that Guille, the protagonist, was going to be in love with the Virgin Mary. I write a lot about religion — my novel, Providence, is about a Jewish kid in an all-Catholic community in the 1970s. I’m very preoccupied with my own Judaism. And I really couldn’t get away from that, as it turned out. I couldn’t write about Catholicism from a Catholic perspective, but I still wanted to write a story about a character who was in love with someone completely unattainable, and maybe worshipping that person a bit.

LM: And Drake was the natural choice?

LM: Yes! Once I gave up on the religious figure, I thought the love object had to be a celebrity. And for the most part I don’t care about celebrities, but I care a lot about hip-hop. I read the same magazines Guille does — XXL, Fader, all of that. I spend a lot of time thinking about rap music and rappers, and the only one who I thought a character could fall seriously in love with was Drake. First of all, he’s not misogynistic or homophobic like so many rappers are, which I think makes him more accessible to me and to Guille both. Second, his songs are very emotional. He raps a lot about being lonely. He’s usually not saying, I’m so great at sex. He’s saying, I want somebody to spoon at night.

LM: So once Drake got involved, how did your writing process change?

LM: I don’t usually listen to music while I write, but for this story I had So Far Gone on loop for about a month. I know all the words to every song on that mixtape. In my old house I always wrote at the kitchen table, and I remember my housemate coming home one day while I was working and saying, “Why does it sound like a club in here?” I wanted to get the rhythm right.

LM: Is that where the structure came from?

LM: No, the structure came from Margaret Atwood. She taught master classes at the University of East Anglia while I was doing my MA there, which was amazing, and one day she made a comment about structuring a novel like a symphony. I was stuck on this story at the time, about to give up on it, and I thought, Oh! I can structure my Drake story like a Drake song. And that saved it. That’s how Lulu got a voice.

LM: So do I. Of course I love Guille too, but it’s more complicated. He’s having a tough time after his grandmother dies, and he’s struggling with his sexual identity, but he also treats Lulu terribly, and you could say he’s a little delusional. Guille is trying to be tough, but Lulu is a lot stronger. He has the strength to save Guille at the beginning of the story, and then he has the strength to walk away when he finally sees that the relationship can’t improve. I feel bad for writing Lulu such a bad boyfriend, you know? He deserves a better partner. To make up for it I gave him a cameo in another story I wrote that’s set in D.C., but in 2014 instead of 2009. I like to think that by then Lulu’s living with some really great guy and every so often Guille comes to their place for dinner.

LM: Why is The Third set in 2009, anyway? Aren’t there lots of Drake songs from later in his career that you could have used if the story happened now?

LM: Probably, but when I wrote The Third I hadn’t spent much time in D.C. since 2009, even though I grew up here, and I wanted to write about the city as I knew it best. Plus, that Drake concert at the end of the story — I went to that show with my brother. He’d broken his arm earlier that day, in a soccer game, and he’s in there. He’s the white boy with his arm in a sling standing next to Guille and Lulu on the balcony of the 9:30 Club. So I’m there too, hidden. Guille and Lulu don’t notice me, but I’m right near them.

LM: I like having jokes with myself in my writing, and I often stealth-include members of my family. I wrote my grandfather into a scene in my novel.

LM: Okay, I have one more question for you. It’s very important.

LM: Do I love Drake?

LM: I was going to say: are you in love with Drake?

LM: No, I’m not. But I definitely think he’s the hottest Jew alive.

Lily Meyer was born and raised in Washington, DC. Her fiction has appeared in Words and Women, Elbow Room, and The Round. She is at work on her first novel. 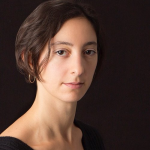