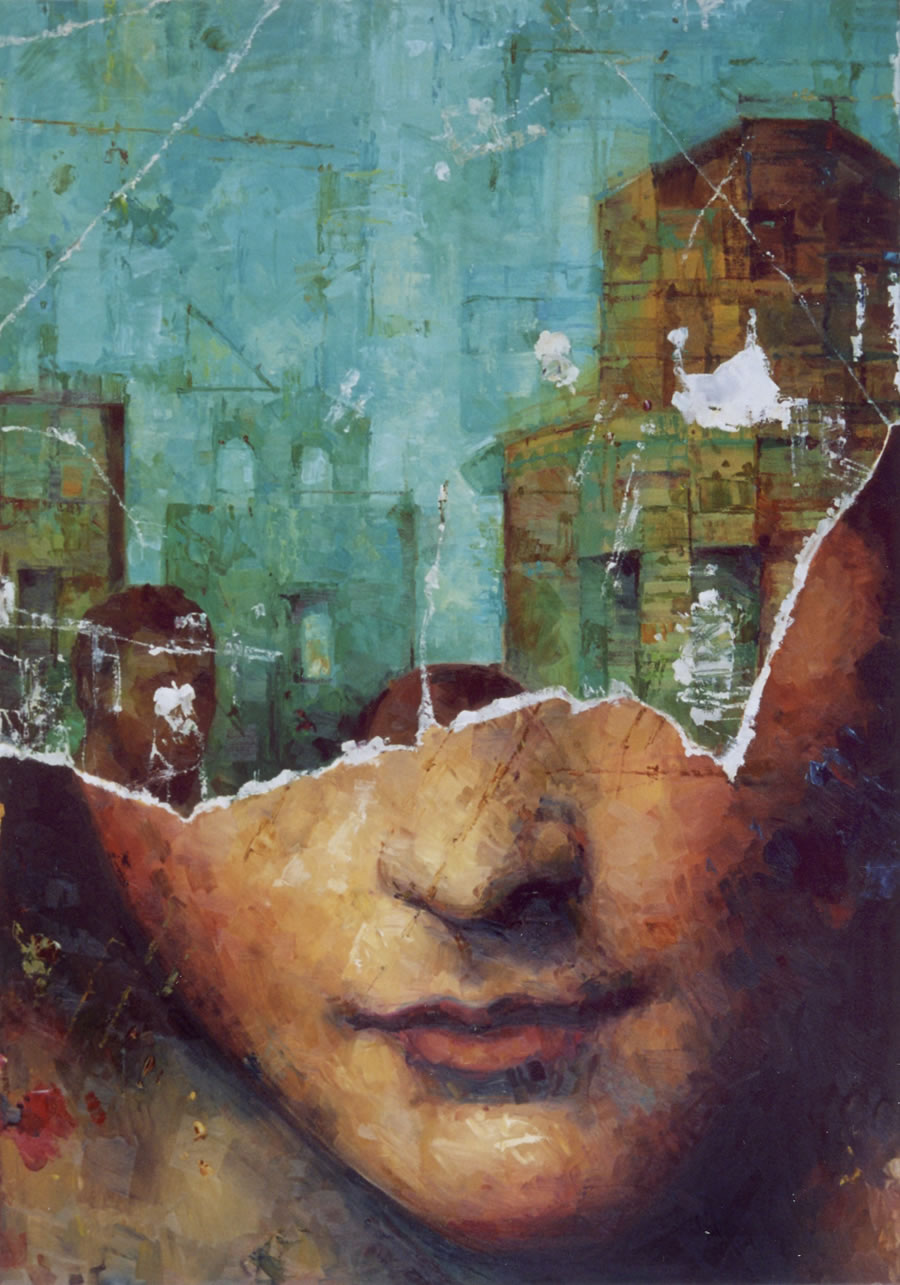 “I write in order to find out what I truly know and how I really feel about certain things. Writing requires me to go much deeper into my thoughts and memories than conversation does. Writing provides the solitude necessary to reflect on being in this world.”

Above is a clip from the movie BLADE RUNNER where there is this discussion about the authenticity of memories. Are our memories what makes us human?

[Rachael runs away when Deckard turns to get a glass.]

Memory: How Science Fiction can Become Reality: This article explains some of the scientific theories behind memory and ways it can be altered or deleted.

In my first novel, Parting is all we know of Heaven, the main character has recently lost her oldest sister to a murder. She beomes involved with an unsuitable, lying man and discovers she is pregnant by him. She decides to get an abortion.

“When she was small, her parents had a metal bookend that was a miniature replica of a Greek Temple. She had wished she could shrink until she was tiny enough to hide behind the pillars. Her father drove an ancient Volvo with a floor so rusted you could watch the road move beneath you. She wanted to be small enough to slip out through the rust cracks. When Cynthia had been in the operating room, Cordelia had gone into the bathroom and squinted at her reflection, squinted until her face disappeared in a blaze of light. Now, she wished she could become a puff of smoke, smoke that would be blown away by the air sweeping through the cab as they hurtled towards the clinic.”

I wanted to depict Cordelia’s depression not so much as grief but as the desire to disappear. The abortion seemed impossible to anchor in an emotion but then I found two short entries in a very old journal about how I used to imagine disappearing. My dad actually had that bookend and I sometimes wished to be tiny enough to hide inside it.

What do you think of this idea? As a writer do you feel your memories are friend or foe?

“Why fiction? Maybe the question is the problem. Why do we ask the question? What I know: I make it up but it feels like truth. I don’t feel like it belongs to me and yet I know it does. Novels come for you in the dark or the light, in the sea by moonlight, or in your half-unpacked apartment. They may or may not involve grief, love, or the pursuit of justice. They are to me more like visitors, and the sentences of the novel are something built to speak with them. And we do this because to not do it feels like death. ”

Alexander Chee on why fiction matters

The Merged Character: Remember 2 childhood friends of the same gender.

Molly Moynahan graduated from The MFA Program at Brooklyn College with her first novel published by Harper & Row, Parting is All We Know of Heaven (1988). She published novel #2 in 1990, Living in Arcadia (Bantam-Transworld) and Novel # 3, Stone Garden (HarperCollins-2003), Stone Garden was a New York Times Notable book. She has been teaching creative writing for 20+ years at Universities (Rutgers, SMU, Loyola, DePaul) and as a high school English teacher. She writes a column for The Neworld Review called A Writer’s World.