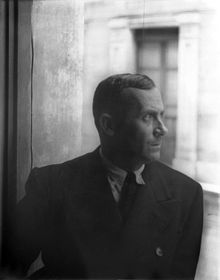 Born to a watchmaker and consigned to Barcelona’s School of Commerce as a teen, Joan Miró could not shake the paintbrush in his hand or the images that stirred his mind. For most of his 90 years, Miró created stark, colorful, abstract images that established his unique artistic style and caught the eye of Hemingway, Picasso, and Surrealist Manifesto author André Breton. Miró, Breton concluded, was “the most surrealist of us all.”

Born in Barcelona, Miró suffered depression and typhoid fever at an early age. From his recovery bed, he decided to become an artist, casting a journey that would take him to Paris in 1920. There, taking advantage of a family connection, he met Pablo Picasso, who became mentor and guide, buying some of Miró’s work and introducing him to the radical society bubbling in Paris. Soon Miró’s tiny studio was filled with the hum of poets, playwrights and artists and, in this environment, he constructed one of his most lasting works, The Farm (1921). From his Paris perch, Miró was able to see his Catalonian roots with new clarity. “I wanted to put everything I loved about the country in the canvas, from a huge tree to a tiny little snail,” he later said. Ernest Hemingway glimpsed the painting and had to have it – agreeing to pay 5,000 francs, “four thousand two hundred and fifty francs more than I had ever paid for a picture,” he once said. Hemingway had to scrape the money together, stopping in Paris bars to lean on friends. “I would not trade it for any picture in the world,” Hemingway wrote. “It has in it all that you feel about Spain when you are there and all that you feel when you are away and cannot go there.”

Miró later returned to Spain and spent his last years in Palma de Mallorca, the birthplace of his wife, etching a larger body of work that revealed his uniqueness and freedom of spirit as painter, sculptor, and ceramicist. When Spanish dictator General Franco died in 1975, someone asked Miró what he had done to oppose the regime. “Free and violent things,” the artist replied.

“Down with weeping sunsets in canary yellow … Down with all that, made by crybabies!” – Joan Miró, mocking impressionism.

Beyond their friendship and love of art, Miró and Hemingway were occasional sparring partners.

Gold Medal of Fine Arts from the King of Spain, 1980