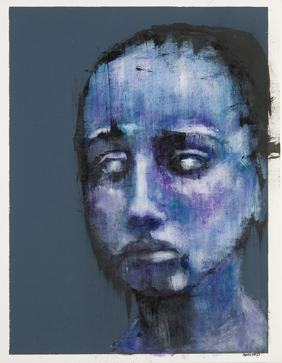 Jackie Hoysted was born in Dublin, Ireland and has settled in Gaithersburg, Maryland after many years of living and working in the UK, France, Ireland and Florida. Her most recent juried solo shows include Afternoons — Where Drawing Meets Painting, at both the Delaplaine Visuals Arts Education Center in Frederick and the Fisher Gallery, Schlesinger Arts Center, Northern Virginia Community College in Alexandria, among others. Read more at www.jackiehoysted.com.

Jackie Hoysted is a native of Ireland, currently residing in Bethesda, Maryland. She has a degree in computer science from Trinity College Dublin, Ireland and a fine arts degree from the Corcoran College of Arts & Design, Washington DC., USA. She has had multiple solo shows of her artwork throughout the US, including Washington DC, Maryland, Virginia, Nevada and Illinois and has been featured in several notable publications, including: the Washington Post, the Huffington Post, the Express, the Gazette, the Washington City Paper, The Pittsburgh Review and the Richmond and Baltimore Examiners’. The digital media author Scott Ligon selected her work for inclusion in his book The Digital Art Revolution. She is the creator of the project Send Me Your last Cigarette , the founder of Countdown Temporary Artspace and visual arts curator for Solas Nua, an Irish organization that promotes contemporary Irish culture in the Washington DC area.