This interview was conducted in the two places dearest to James Baldwin’s struggle as a writer. We met first in Paris, where he spent the first nine years of a burgeoning career and wrote his first two novels, Go Tell It on the Mountain and Giovanni’s Room, along with his best-known collection of essays, Notes of a Native Son. It was in Paris, he says, that he was first able to come to grips with his explosive relationship with himself and America. Our second talks were held at Baldwin’s poutres-and-stone villa in St. Paul de Vence, where he has made his home for the past ten years. We lunched on an August weekend, together with seasonal guests and his secretary. Saturday, a storm raged amid intolerable heat and humidity, causing Baldwin’s minor case of arthritis to pain his writing hand (left) and wrist. Erratic power shortages caused by the storm interrupted the tape machine by our side. During the blackouts we would discuss subjects at random or wait in silence while sipping our drinks.

Returning Sunday at Baldwin’s invitation, the sun was shining and we were able to lunch outdoors at a picnic table, shaded by a bower that opened onto property dotted with fruit trees and a spectacular view of the Mediterranean littoral. Baldwin’s mood had brightened considerably since the previous day, and we entered the office and study he refers to as his “torture chamber.”

Baldwin writes in longhand (“you achieve shorter declarative sentences”) on the standard legal pad, although a large, old Adler electric sits on one end of his desk—a rectangular oak plank with rattan chairs on either side. It is piled with writing utensils and drafts of several works-in-progress: a novel, a play, a scenario, essays on the Atlanta child murders, these last compiled in The Evidence of Things Not Seen. His most recent work includes The Devil Finds Work, an attack on racial bias and fear in the film industry, and a novel, Just Above My Head, which draws on his experiences as a civil-rights activist in the 1960s.

Would you tell us how you came to leave the States?

I was broke. I got to Paris with forty dollars in my pocket, but I had to get out of New York. My reflexes were tormented by the plight of other people. Reading had taken me away for long periods at a time, yet I still had to deal with the streets and the authorities and the cold. I knew what it meant to be white and I knew what it meant to be a nigger, and I knew what was going to happen to me. My luck was running out. I was going to go to jail, I was going to kill somebody or be killed. My best friend had committed suicide two years earlier, jumping off the George Washington Bridge….. (The Paris Review Interviews, II 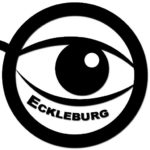 Join us for online writing workshops in fiction, poetry, essays and more.