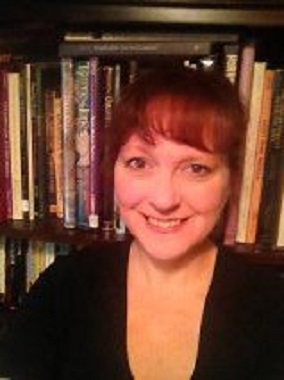 The Doctor TJ Ecklburg Review is thrilled to have Brenda Mann Hammack as part of our workshop series’ team of instructors. Hammack teaches workshops on fairy tales. She encourages cross-genre writing and by the end of her workshops, participants will have created three original short stories, and gone through one longer revision. Throughout the workshops, Hammack provides numerous materials and prompts so the participant can figure out what works best for her. Fun and informative, Hammack’s workshops provide a fresh perspective and innovating ways to approach writing fairy tales.

The Doctor TJ Eckleburg Review: How did you become involved with the Eckleburg Workshops Series?

Brenda Mann Hammack: When preparing to teach a magical realist workshop at the Rooster Moans Poetry Cooperative, I came across an article in which Rae Bryant observed that “[f]or staunch realism and prose traditionalists, magic realism might as well be poetry.”  Not long after, I saw an advertisement for one of her fiction classes at Eckleburg.   Since my own writing frequently operates in that in-between place where genres overlap, I decided to register for Rae’s workshop, expecting that her ideas about magical realist fiction might propel me into new directions as I contemplated the ways in which theories about fiction might carry over into poetry.

BMH: I am currently teaching a workshop on the writing of original and revisionist fairy tale at Eckleburg.   My focus is on fiction writing although cross-genre approaches are never discouraged.  My schedule for spring and summer 2015 has yet to be determined, but I will be leading the class again in December of 2014.

TJE: What attracts you to the genre of your workshop?

BMH: Angela Carter’s The Bloody Chamber, Catheryenne M. Valente’s The Orphan’s Tales, Keith Donohue’s The Stolen Child, Eowyn Ivey’s The Snow Child, A.S. Byatt’s The Djinn in the Nightengale’s Eye, Helen Oyeyemi’s Mr. Fox, Marissa Meyer’s Cinder, and Kate Bernheimer’s My Mother She Killed Me, My Father He Ate Me are only some of the books that have contributed to my appreciation of resurrection charms that take the form of fiction.  Anne Sexton’s Transformations, Jeannine Hall Gailey’s She Returns to the Floating World, Carol Ann Duffy’s The World’s Wife, Helen Ivory’s Waiting for Bluebeard, and Jeanne Marie Beaumont’s The Poets Grimm keep me drawing me back to fairy tale poetry. Filmmakers Jan Svankmajer, Guillermo del Toro, Hayao Miyazaki, Michel Ocelot, Catherine Breillat, and Pablo Berger are among the international magicians who have conjured some of my favorite fairy tale films.

TJE: What is your approach to teaching and running a workshop?

BMH: My weekly lessons tend to be hyper-stocked with hyperlinks, though I don’t expect anyone to click to access every link to readings, film clips, and visual art any more than the owner of a magical supply shop would expect a patron to sample every item in rooms with floor-to-ceiling displays.  I provide numerous materials and prompts so that the writer can browse until s/he finds inspiration that activates his/her own writing craft. When I read each participant’s contribution for the week, I try to adapt my feedback to differing prose styles so I’m more midwife than bossy mage.

TJE: What is your own writing background?

BMH: I earned my Master’s in Creative Writing in both poetry and fiction from Hollins College (now University), then my Ph.D. from the University of North Carolina at Greensboro with an emphasis in Victorian literature.  In my first book, Victorine and the Humbug: A Neo-Victorian Fantasy in Verse, the narrative moves between poetry and prose as its titular characters interact in an environment inhabited by taxidermied animals, fretful gargoyles, occult practitioners, and one near-sighted bibliophile.  In addition to writing and publishing in multiple genres, I also act as managing editor for Glint Literary Journal, which is sponsored by the Department of English at Fayetteville State University.

TJE: What three books/articles would you recommend to someone who is just starting to write in her workshop’s genre?

BMH: Jeff Vandermeer’s Wonderbook: The Illustrated Guide to Creating Imaginative Fiction (2013) provides a lively introduction for any writer of fabulist fiction.  I would also recommend the SurLaLune Fairy Tale website as well as the Journal of Mythic Arts archive at Endicott Studio’s website.

TJE: What type of material, and how much of it will the participant produce by the end of the workshop?

BMH: Usually, participants create three original short stories and one longer revision, though I have seen some efforts that might be called flash fiction (or prose poetry), depending on perspective that is probably no more definitive than that Dickinsonian slant of light.  However, much depends on each writer’s other commitments and inspirations. Some weeks, a writer may only find time to write a segment of story; s/he may connect three segments into a 5,000 word mosaic in week four.

TJE: What is your favorite facet of the workshop?

BMH: Since my lessons provide so many different visual and textual prompts, I can never predict the approaches that participants will take in their weekly stories or their discussion board responses.  Although my myth-and-folktale receptors tend to remain on alert whenever I’m conscious, the online venue allows me the opportunity to interact with writers from different cultural backgrounds.  Not only do they allow me to read their works in process, they also introduce me to fairy tale sources that I had not encountered before.

Brenda Mann Hammack is an Associate Professor of English at Fayetteville State University where she teaches seminars in creative writing, children’s literature, and nineteenth-century British literature.  She is managing editor Glint Literary Journal and has taken on the responsibilities of web design for issue 6, expected to publish in September 2014.  Hammack’s on-line courses include Eckleburg Workshops’ “Fairy Tale Fiction” and the Rooster Moans Poetry Cooperative’s “The True Fairy Tale Poem” and “Magical Realist Poetry.”  Her first book, Humbug: A Neo-Victorian Fantasy in Verse, was released by Misty Publications in 2013. Other recent work has appeared or is forthcoming in Interfictions Online, Rhino, The Medulla Review, and Lissa Kiernan’s Glass Needles & Goose Quills:Elementary Lessons in Atomic Properties, Nuclear Families, and Radical Poetics.

Brenda Mann Hammack is an Associate Professor of English at Fayetteville State University.  She is also Managing Editor for Glint Literary Journal, a teaching artist at the Rooster Moans Poetry Cooperative. Her first book, Humbug: A Neo-Victorian Fantasy in Verse was released by Misty Publications in 2013.  Her short stories and poems have appeared or are forthcoming  in a variety of journals, including Rhino, Papercuts, Menacing Hedge, Bone Bouquet, Gargoyle Magazine, The Golden Key: A Speculative Literary Journal, Elsewhere Lit: A Journey of Literature and Art, Life and Legends, Caveat Lector, Toad Suck Review, A capella Zoo, Mudlark, Arsenic Lobster, The North Carolina Literary Review, The Sow's Ear Poetry Review,  and Steampunk Magazine. She has been nominated for the Pushcart Prize on three occasions. Her scholarly work can be found in SEL (Studies in English Literature), Mosaic, Interfictions Online: A Journal of Interstitial Arts, and Victorian Hybridities: Cultural Anxiety and Formal Innovation, edited by U.C. Knoepflmacher and Logan D. Browning.