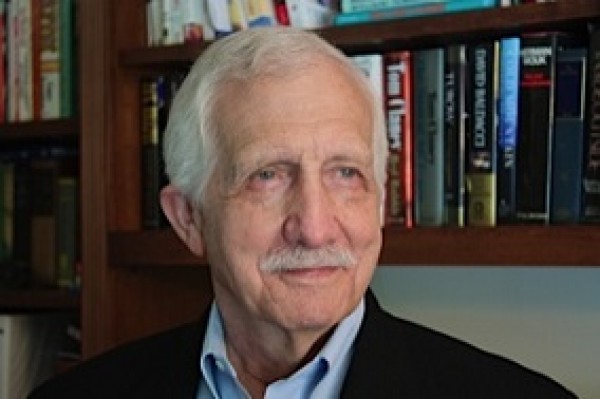 Question: How did you learn about Eckleburg?

Richard Perkins:  I took the intern class taught by Rae Bryant because I wanted a better feel for the editing process at literary journals and I wanted to sharpen my critical reading skills prior to setting out to finish a collection of connected stories, revising a novella, and re-starting a novel. Decomposing and recomposing Eckleburg has been a very valuable capstone event for the Writing Program for me.

Q: What genre do you write?

RP:  I write fiction in both short form and longer forms. I deal with realism from a modernist sense, but I also try to capture some of the chaotic impact of multiple-source inputs on our contemporary lives as post-modernists are determined to do. There have been enough unexplainable moments in my life for me to recognize there should be a place at my reading and writing tables for small, subtle doses of magical realism. I am currently exploring essays and creative non-fiction as well.

RP:  I have admired (or have been puzzled by) many real-life characters who, as I reflect on them, often become inspirations for composite characters in my fiction, which is often set in national security, international relations, or international travel contexts. Large-scale contexts can and do influence small-scale personal decisions and vice versa. Individual drive and principle go up against hubris and politics every day, with single actors and teams of actors knowing the odds aren’t very good. These are chosen paths of some of our modern-day samurai, cloaked as fairly ordinary public servants, trying to find partners, to start families, to raise responsible children, to pay their bills, to make headway on college loans, to sort through multi-ethnic and cross-gender issues, and to do right things in the public interest—regardless of politically motivated agents trying to redefine both the “right things” and “the public interest” for each and every inning. Most of them need to fight viciously in order to capture moments for tenderness, for appreciation of locations of natural beauty—let alone to write about them or to photograph them in the middle of the chaos. These struggles to hit the pause button should be part of stories that need to be told as well.

Q: What are one or two of your favorite pieces you have seen in Eckleburg so far?

RP:  With hot coffee (that becomes cold coffee which means there needs to be a microwave nearby), a notepad for capturing details that come up that need to be researched later, a computer, and a couple of characters in mind who are of very different opinions about what they want and/or how they are going to get what they want.

RP: I look for language that is uncomplicated; that lays out a story about hope, resilience, courage, or love—or some combination; and that results in some illumination (or a momentary dimming if absolutely necessary) of the spirit of humanity. Such stories necessarily require some rising and falling of tension from early on to hold most readers’ interest, and there almost always has to be something the main character wants that has been denied for some period of time. I am traditional enough to want to see a change or a possibility of change in a character. The ending shouldn’t be too neatly closed—unless maybe there is a clever surprise in there that, in fact, has been foreshadowed and prompts the rereading. I expect dialogue to reveal speakers who sound different from one another, and I expect the content of the dialogue will be more interesting than the tag lines. Working with Eckleburg staff, I have come to appreciate more reasons for introducing ambiguity into stories—so that there can be a wider range of individual experiences and subconscious processing involved in the “beholder’s share” of what has been created by the author of a given piece.

Richard Perkins grew up in New England, Pennsylvania, and New Jersey, eager to learn about the world outside those places. He is a graduate of the Johns Hopkins University’s MA in Writing Program and the Masters of International Public Policy Program in the School of Advanced International Studies. In former lives, he has been an aviator, an intelligence analyst, a business developer, and a systems engineer. He lives with his wife in Alexandria, Virginia.