To me, flash fiction is characterized above all by the extraordinary compression of its form. In its extreme incarnation, flash borderlines narrative poetry and is even mistaken for it sometimes.

The flash story is lifted by intense feelings, situations and actions, and takes off and up and up, but never glides leisurely on warm currents. Every word counts, the structure is tight, and if you remove even the tiniest feather from its wings, the story collapses. Having only 500 words maximum—that’s my magazine’s requirement—the flash fiction writer has none of the space and time for maneuvering that a longer story writer has, but a good one turns this limitation to an advantage. Squeeze the fat out, and the muscle and bones would grow only stronger, the eyes sharper and the ears more attuned to the word of the world.

Out of a myriad and one plots, the story of love is probably the most common and, despite its commonality, the most attractive one to the reader.

It won’t be an exaggeration to say that most of us are looking for love in one way or another. Not necessarily romantic or sexual love, but a feeling as a way of affection and pleasure. Love can be an emotion toward a parent, sibling, significant other, neighbor (or even his wife) or just icecream. Sex is not high on some scales: if you Google the images for the word “love,” a couple doesn’t come up until the 10th image.

So, if you marry love and flash fiction, and if the marriage lasts, you might get a very affectionate, observant and intelligent child.

That’s what I hoped to do with The Games We Play.

Biologically, an average male presents himself as more pushy in many ways than an average female, and is particularly more assertive in the search of a mate. Perhaps ashamed of this animal drive, the human males try to veneer such assertiveness by words. Perhaps that was the foundation of poetry and chivalry.

I longed for love for as long as I remember. Not from the family whose love I took for granted, but from the females of the species, the mysterious half of the humanity, biologically and psychologically different from me. I marveled at their sights, scents, voices and actions. This love has never abated over the years.

Of course, the protagonist of my story is not me. In The Games We Play, I wanted to express the extreme, over the top, even suicidal longing of a quintessential male for a mystifying, desirable but unattainable female. I wanted to preserve the rhythms of poetry while maintaining the narration of prose. I wanted mystery because women were mysterious to him. I wanted a quest both as a goal and as a symbol.

My protagonist had already had once what he seeks now, but he lost it. He might lose it again if he finds it this time. Maybe it’s not even a mortal woman, but his muse. Maybe it’s the journey that he wants and not the destination.

Maybe the whole genre of flash fiction is a journey. A journey taken together: the reader, the writer, and his muse. 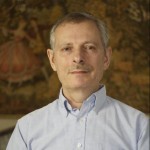 Mark Budman was born in the former Soviet Union. His writing appeared in American Scholar, Huffington Post, World Literature Today, Daily Science Fiction, Mississippi Review, Virginia Quarterly, The London Magazine (UK), McSweeney's, Sonora Review, Another Chicago, Sou'wester, Southeast Review, Mid-American Review, Painted Bride Quarterly, the W.W. Norton anthology Flash Fiction Forward, Not Quite What I Was Planning: Six-Word Memoirs by Writers Famous and Obscure, Short Fiction (UK), and elsewhere. He is the publisher of the flash fiction magazine Vestal Review. His novel My Life at First Try was published by Counterpoint Press to wide critical acclaim. He co-edited flash fiction anthologies from Ooligan Press and Persea Books/Norton. He is at work on a novel about Lenin running for president of the United States.
http://markbudman.com