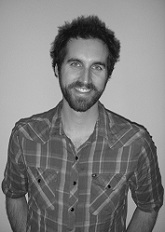 The whale dreams about sitting at a desk and staring at a computer screen. Its  skull is the housing for many things. The skull is horned and crooked. Cracked. Filled with Truths. Black metal bands play music about the hunger in the skull. The bands wear the skull to connect to the ancient whales,the whales with the wisdom of the Earth and the spaceships made of stone and the pyramids built with Reptillians. And their guitars shred the faces. And their drums pound in human skulls. And their voices howl and conjure the dead whales and the ancients from the depths and they bang their heads and pump their fists and wear black tee shirts that depict horrors. But, there’s so much more to the Whale Skull than that. It contains imagination. Puts a stop to it. A cap on it. Inside the skull the whale imagination must be contained, because it won’t contain itself. It must dream, but it must be realistic. It must want more and push itself towards more, but it must set goals it can attain. The skull keeps the goals attainable so the whale is satisfied with life when the whale goes home and lies in bed alone in the dark and looks up at the ceiling and wonders where everyone went. Where did the youth go? Where did the dreams go? Where did the passion go? The whale dreams about sitting at a desk and staring at a computer screen day in, day out. It’s a good job. He can’t complain. Especially in this wintery economic climate. The whale is just lucky to have a job at all. The skull helps the whale stay focused on the responsible things. Keeps the whale out of the clouds and into the ocean where he belongs. In his place, reminding him of his place. Reminding him that he’s a whale and that whales have a certain place, a certain role to fulfill, it’s unrealistic to think that he could fly through the clouds like a pelican or skim the surface of the ocean like a speed boat loaded with cocaine and Drug Lords. As bad as he may want to be a flower that grows out of the side of a rocky mountain, a single flower that impossibly grows from a crack in a rock that captures just enough moisture in the morning to sustain a single blossom — the whale imagines the blossom to be pink, when he’s not returning phone calls or sending emails at his desk, he loves pink, he would be entirely pink if he could choose his skin color, but he can’t and instead he wears a more practical gray skin, which helps him blend in at meetings and video-conferences. Oh, but pink. What a lovely color, the whale thinks. It gives him that feeling in his mid-stomach, his tertiary stomach, like when he fell in love with that coral reef that he swam by and never saw again, that coral reef was pink and it was beautiful and it had sunglasses that were bigger than its face and looked like a movie star from the past. It had kind of flowing blouses and coral was exposed, whole expanses of coral completely exposed to the elements while it’s summer dress just flowed in and out with current. The whale sometimes thinks that that coral reef saw him too and they both really fell in love for a moment, for several seconds, were connected in a real and powerful way, they both thought of making love to one another for that brief period and life was beautiful together and they would hold hands and run and they would laugh, oh the laughing, they would make each other laugh. And they would feed each other delicious cakes. And the coral reef might get some chocolate sauce on its lips and lick most of it off except for a smudge. They would love the same music: Nancy Sinatra. But the skull contained all of that. And it wasn’t realistic. And the whale was perfectly happy at his job. And the whale was just glad to have a job.