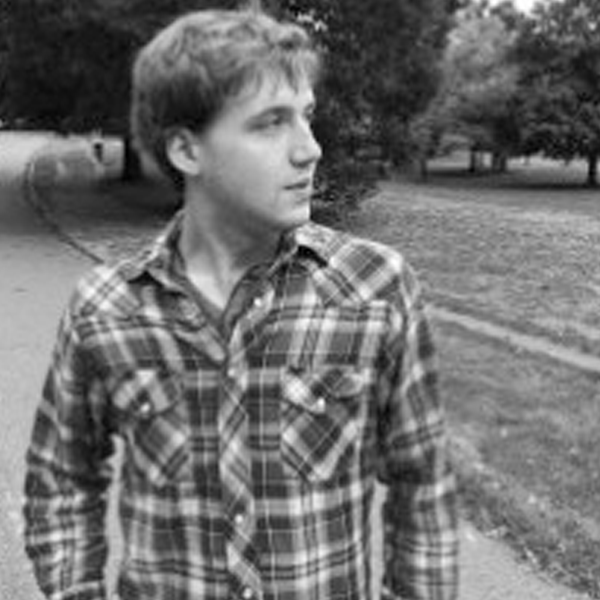 Before all the blood cooled, Eve frantically swept her hut of Cain and Abel’s dirt. As always, a strip of dirt refused the dustpan and was absorbed into the skin of each passing guest’s feet. The bodily sheddings of the two brothers were thus brought to each quarry, each cliff-top, and each parched shore that a haunted man dragged himself to colonize. Along the way, the two brothers were blown into the winds from the skins of the scattering men into all the hard nooks and dank crevices of Earth until all tribes were carriers. The marrow of Cain’s femur sullied the rust on a stake piercing the Lord’s weaker hand. Abel’s ridged toenail tickled the meditating Buddha’s squat nose under a fruit tree. The north end of a frizzled hair of Cain will, next year, nudge the weft in an enfeebled glacier’s grain melting across Alberta, but the south end of the hair bent the pitch of the rich magistrate’s slurped oyster as he leaned over his friend’s unpainted table in Amsterdam the day they exchanged seventy-three slaves.

We know this, of course. We know we are all carriers of Cain and Abel. We manage to ignore this except in the fearful unmooring of an unintended nap, in the stiffness of a hangover, and in the quiet, good luck of someone else’s death, but in those moments we, like Eve, try to purge the filth of Cain. We douse with bleach, we suck with hoses, we gulp vitamins to later flush into the sewer, and, when it’s all over, we are offered eternal immuration, immolation, or both. But Cain’s dust is in that bleach, in that fire, in that rubbery capsule, in that wind and tomb, and even in that honed point of the needle that pricks the new baby’s ass on its way from the violence of birth to the despair of endless filth that Eve birthed but could not inter. The baby will, like us, like Eve, despair in the dirty dark when its blood is hot and surges and breaks against itself. Then it will smile hatefully, spit on the deceitful broom, and smash something beautiful. Its blood will then be cooled by the good, quiet dirt of the garden we also carry, and the flickering light of an easy peace will appear to be just around the bend. Then the baby, no longer a baby, will sigh, stand, and clean up what was smashed, mostly.

Nat Schmookler began writing as an undergraduate at Harvard. Since graduating in 2011, his fiction has appeared in such publications as Juked, Gulf Stream, and Hobart. He lives in Brooklyn.

Nat began writing as an undergraduate at Harvard. Since graduating in 2011, his fiction has appeared or is forthcoming in such publications as Juked, Hobart, and Green Mountains Review. He lives in Brooklyn.