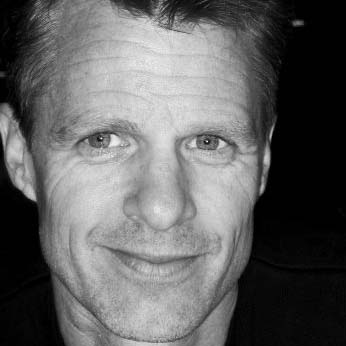 2. You took up whistling, jingles from television commercials. Samsonite, Sony, tampon and yogurt ads. It was almost as bad as my ex, Tony, who whistled “If I Only Had a Brain” until I accidentally called him a moron.

4.The first time we hooked up was in the back of your truck. It was a hot summer night in the Haight, mosquitoes, scant moon with flutter clouds. It was rough and fast, and you pinned me at one point so I couldn’t move. My neck hurt for a week. And nothing has compared to it since.

5. When you started seeing Brandy, and I’d run into you, you seemed so happy. So alive, when I just wanted to crawl into a hole for a year. I remember thinking what’s she got that I don’t? I mean, besides the obvious. And when I found out she was knocked up, I knew.

6. All that dog shit I shoveled out of the back yard. And it was your dog. Not mine. My yard. But your dog. Yours.

7. My sister would call on Sundays. You’d mouth “not here” and point at yourself. Which clearly was a sign of your inability to commit. Or mine. I’m not sure which.

8. I’d left the gym and saw you that day sitting on a sofa in a coffee shop. Really close to that girl, Tracey, who used to sell us pot. You were laughing in a way that I knew. And for a split second I was thrilled that you were cheating on Brandy. When I got home I drank a six-pack in less than an hour.

9. The weekend before you moved out, you farted in my sister’s elevator and other people got on and you said my name and fanned the air. I pretended it was funny. By then you farted so many times I honestly thought it was me.

10. Seems like someone’s always missing someone. My sister told me that she doesn’t have time for missing anyone- let alone loser ex-boyfriends. Thing is, I don’t really consider you a loser. A little gassy, perhaps. Something always takes the place of missing pieces.

Robert Vaughan leads writing roundtables at Redbird- Redoak Writing. His writing has appeared in numerous print and online journals. His short prose, “10,000 Dollar Pyramid” was a finalist in the Micro-Fiction Awards 2012. Also, “Ten Notes to the Guy Studying Jujitsu” was a finalist for the Gertrude Stein Award 2013. He is senior flash fiction editor at JMWW, and Lost in Thoughtmagazines. His poetry chapbook, Microtones, is from Cervena Barva Press. He has a chapbook forthcoming from Deadly Chaps this summer, and his first full- length collection, Addicts and Basements from Civil Coping Mechanisms in February, 2014.