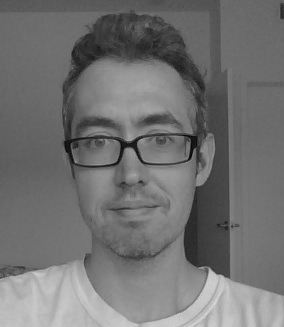 Did anyone ever tell you about Mary Ellen? She was the call floor supervisor back when I started here. She was this tiny lady, middle-aged, probably forty, but she walked like she was older, always hunched over and talking about how bad her knees hurt. She was always dressed in these real proper suits, the kind that have those huge shoulder pads in them—people who’ve been here since the start say she just never changed her wardrobe from the 80’s. She used to hover over our shoulders during calls, and if she heard you lose a sale she’d drag you aside and correct your technique by telling you all the things you should have done to keep them on the line. She came in early every morning and used to sit right there by the time-clock. If you came in even a minute late she’d give you a big lecture about how ashamed you should be for wasting the company’s money. She asked me once if I was proud of what my tardiness said about me. Can you believe that shit?

One time this guy Jeff came back from lunch five minutes late, and she walked right up to him at his station and asked for his time-card. Jeff didn’t know what was going on, so he gave it to her, and she tore it up right in front of him and told him he was fired.

She was always listening in to our conversations, too. You couldn’t go anywhere in the office without her nosing around, and if she overheard you talking about her she’d pout for the rest of the day. One time I got called into her office because she’d heard me call her fat and she started crying and telling me how she’d always treated me with respect and how ‘deeply hurt’ she was, and blah, blah, blah.

We used to have this contest called Find Finnian. It was like that kid’s book, you know, with that little guy in the blue and white shirt, with the big, goofy ears and sunglasses, and you’re supposed to find him in these crazy pictures? I was never any good at it when I was little—I spent more time looking for all the dirty jokes that the other kids at school had said they’d found. Sure enough, man, there’s a few tits in there, if you look hard enough.

So the guy that owns the building had a Finnian doll, and every year he’d hide it somewhere in one of the offices, and whoever found it got a gift—usually something lame like a Starbucks card—and their entire office would get a catered lunch. He’d do this every day of the week before Christmas. They emailed clues to everyone, and made it sound like they written by Finnian himself, like if the note said, ‘oh, it sure is cold up here’, then you’d find the doll taped to the air conditioning. Stupid shit like that.

My first year here I got really into it. A bunch of us would sit down and try to figure out the clues. Usually it was pretty easy, but sometimes they were so hard they’d end up sending another clue in the afternoon, because no one had figured it out yet.

But it seemed like every time we figured it out and tracked him down someone from Majestic Realty would already be there ahead of us. They were real obnoxious about it too—jumping up and down and high-fiving and carrying on. So after a few years I quit playing.

Mary Ellen, of course, always hated the game, because we’d spend hours—sometimes most of the day—trying to figure out those clues, but Alan, the big boss, he really got a kick out of it. If he was in the office he’d sit down and try to help us. So she couldn’t do anything to stop us, but that didn’t stop her from giving us all the look of death every time we went chasing after Finnian.

Then about three years ago Mary Ellen started looking real rough, and nobody knew why. She stopped wearing those suits, and a lot of the time she’d come in wearing whatever she’d been in the day before. Deep circles appeared under her eyes, and I don’t know how to describe it exactly, but she looked spooky. At lunch she’d just sit at a table alone and stare off into space, and if you were in her line of view it didn’t matter, she’d just keep staring past you.

So Christmas is coming, and she gets super involved with Find Finnian. A week before the contest even started she called a staff meeting about our strategy to win. She kept talking about teamwork and how much we meant to her. She split us up into search parties so that we could track him down faster. The whole meeting she had this strange smile on her face—it was like her mouth was smiling as big as it could go, but her eyes weren’t. Creepy. Real creepy.

But it worked—the first day of the contest she finds Finnian herself. You would have thought she’d won the Mega Millions. So we all thought she’d relax after that, but it just got worse.

As soon as the clue came in the next morning she called us all into her office and kept us there for a full hour trying to figure it out, but while we were in there we got an email that Majestic had already found it. She was pissed. She started calling Majestic all these names—we’d never even heard her swear before, but she was really laying into them. We lost again on Wednesday and Thursday. After we lost the contest on Thursday she locked herself in her office. We could hear her throwing shit against the walls and crying. At this point, we’re all just waiting for her to snap and making jokes about wearing bullet-proof vests into the office on Friday.

So Friday morning comes, and she’s not talking to anybody, like we’re the problem. Her hair was all jacked up like she hadn’t bothered to comb it, and she smelled like she’d been running a marathon all night. I mean you could smell her from across the room.

So we get the clue, and we’re all waiting to get called into her office, but she didn’t say anything. Her door was open and we could see her pacing the floor and smacking her head. Then, after about fifteen minutes of that, she runs out of the office and we hear her screaming in the hallway. So all of us, I mean the entire call floor, run out to see what the hell is happening. We found her holding onto one arm of that stupid Finnian doll, playing tug-of-war with some chick from Majestic.

So they’re going back and forth, and a few of us are trying to calm her down, and the building owner’s just staring at her, wondering who this madwoman is, and then Mary Ellen throws her head back and screams. I mean this was one of those bottom-of-your-soul horror movie screams. They heard it all the way up on the fourth floor. The scream scared the piss out of the girl from Majestic, so she drops her end of the doll. Mary Ellen just collapses on the floor, cradling this doll like it’s a baby or something. She just sat there on the floor hugging that doll and moaning for an hour before Alan came to drive her home.

And that was it. We never saw Mary Ellen again. Some people said she got fired, some people said she quit, but no one really cared why she was gone. We were all just glad we didn’t have to deal with her anymore. Davy told me he saw her name in the obituaries about a year later, but Davy’s full of shit, and no one else ever saw it. If anything had happened to her, Alan probably would have told us about it so, whatever, she’s probably not dead.

What? Hell, who knows? Steve said something had happened to her husband, but no one could remember for sure if she was married or not. Later someone said that her son died. Rumors around here, you know? Everyone’s got a story, but no one ever gets it right. Lord only knows what they’ll say about me after I’m gone.