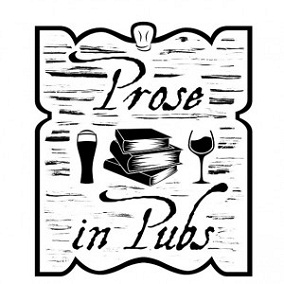 In Scranton, Pennsylvania, Jack’s Draft House serves its patrons a bi-monthly reading series called Prose in Pubs. The recipe for this stellar event is quite simple: “No microphones. No stage. No fancy cheese.” The organizers declare this on their Facebook page. “Just prose…oh, and beer.” I’m heartbreakingly in.

Unlike those ‘normal’ readings you have attended at bookstores or some dive-y coffee shop, this literary troupe congregates at a pub, because, as Amye Archer, the founder of this assembly says, “[I wanted to] host a reading series that felt like a few friends just hanging out in a pub… I didn’t want people to feel that they had to dress up or be self-conscious in any way.”  Prose in Pubs, then, is a success. The laid-back and welcoming qualities of the bar creates an encouraging atmosphere in which we artistically minded folk can feel comfortable and un-judged—a place where we can both work on and celebrate the writing that we do, with an elixir by our fingertips.

“I started Prose in Pubs simply because I found a great venue, and I felt the atmosphere lent itself nicely to an artistic crowd,” Archer explains “The audience and the readers get to share a drink, share stories, and just share space.” Maybe Bukowski had it right all along: bars and booze can be the writer’s muse.

In April, our very own Rae Bryant, author of The Indefinite State of Imaginary Morals, read at Prose in Pubs. But you don’t have to be a published author to attend. Any writer or admirer of the pen can take part in Prose in Pubs. And, many do. Especially when the readers offer a writing workshop for only $20. Add to that the “seriously casual” tone of the workshop—as Archer puts it—and you have a well-attended event in which “a dozen or so writers” gather to ponder “what moves us forward as writers.”

Archer elaborates that “the tone of the workshop is usually set by the invited reader; so, it can go anywhere the writer wants to take it. Sometimes we write and write and write; other times, we talk about process, which can be inspiring in its own right. The workshops usually run for about an hour and a half, but we’ve gone over that length often.” Archer’s literary crowd can listen to and learn from writers of plays, poems, fiction, and nonfiction.

Hopefully, Archer and her colleagues can sustain this gathering that is longingly evocative of the beatnik era, because gone seem to be the days when literature graced more than just coffee shops. It’s fitting, then, that Jack’s also offers music, such as jazz. Ah, bebop. Let the impassioned, howling, and beer guzzling-spurred creativity begin!

Prose in Pubs meets every other month. In June, the reading will have an open-mic session. “The readings are supposed to run for two hours, but everyone usually stays and mingles well into the night,” says Archer. Damn. How cool is that?

So, why not be a Beat and hop a train or catch a ride, and caravan it over to Jack’s Draft House to revel in those enlivening words? As Bryant said, “the group who does this, several talented writers and poets, are a lot of fun to just hang out with, read with, talk craft with.” I’ll see you there. The first round’s on me.

Vipra Ghimire is a student at the Johns Hopkins University’s MA in Writing Program. She has an MPH, and her interests in writing and health care range from felines to tuberculosis. Originally from Kathmandu, Nepal, she’s lived in the US since 1980. Her passion is literature, feminism, animal rights, politics, music, and art. The vast world sometimes frightens her. However, she laughs easily and has been known to say and do many nonsensical things.