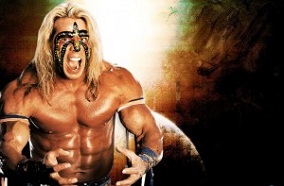 Max Wolfmaverick’s Finger Gun of Business Knowledge Is Loaded, Cocked and Pointed at You, Fellow Wealthy Executives. Are You Brave Enough to Put the Finger-Barrel in Your Mouth and Eat the Knowledge Bullet Into Your Brain?

Women, the poor, and the diseased will try to tell you that the global economy is falling to pieces. They’ll have you believe that capitalism is “evil” and that executives have too much power.

Well, let me knee you in the nuts with a fact, my obedient Business Casual readers:

FACT: Capitalism is just fine, we just need to push it in hyper-super-overlord-drive! The engine is just out of gas is all, and we need to fill it with that good old fashioned fully-leaded, high octane American crude, not that liberal, unleaded turn-off-your-engine-while-you-fuel horseshit.

Look, every executive knows the economy is in the toilet. They are slamming down their phones in frustration over the lack of synergy as I dictate this to my executive assistant. They sit in the executive clubhouse steam room for hours on end shaking their heads — not even able to enjoy the cucumber and citrus water and thin sheets of odorless, tasteless gold that is free to them to refresh their refined pallets. Well, chin up executives, there is a way out of this mess, but it means the old way of doing things is over: Supply and demand, checks and balances, rational thinking, legal due process, women in the workplace, salaries, health insurance, mating for life, jobs, education, human rights, men having only one penis, women having no penises, literacy — it’s all over!

We need a new economy that works for the good guys (rich, white, obese men flying above the clouds in their jets, shaking hands, on their way to make a deal and/or having just closed a deal, pointing their fingers at one another, cracking their knuckles and willing themselves to become erect, no excuses) and punishes the bad guys (everyone else, especially attorneys and other bearded fellows — a beard is the first step towards liberalism and homosexuality, every executive knows that).

Enter a Wolfmaverickian brand of economics: Wolfmaverickonomics. You’ve heard of the Gaussian Copula — the mathematical formula that some egg-head used to collapse the entire global marketplace — well, me-conomics™ is the Wolfmaverickian Copula, no math, just guts and a massive set of nuts.

But, what exactly is “me-conomics™,” you boldly ask out of turn? Me-conomics™ can be best defined by the man who created this new and dynamic economic theory – yours truly, who says, I quote myself: “Me-conomics™ is the economics of me. Fuck you.”

Max, I’ve Been Lost Without Your Advice, Where Have You Been?

Before I get much deeper into the laws of me-conomic™ theory, you’re probably wondering where I’ve been the last several months — the Business Casual mailbox was flooded with panicked questions, insider trading tips, suicide letters and hate mail. Well, my executive brethren, I interpreted the current economic crisis as a signal of the end times, which I’d been preparing for at The Wolfmaverick Compound with my Wall Street’s Gate brothers.

Wall Street’s Gate is a business leadership camp, which I founded, where executives can tighten the screws on their business skills and worship a giant diamond comet, which was foretold in our holy scripture (that I wrote while an ancient evil executive being inhabited my body, most likely Computron The Overlord or Infinity X, I was never sure) that I would mount and ride to Wall Street and fix the global marketplace.

The scripture seemed to state that all of us Wall Street’s Gate brothers needed to shed our human husks to join each other on the diamond comet which would take us to Wall Street where we would rule over mankind forevermore. At least that’s how I interpreted it. So the 985 Gatesmen drank a highball that I poisoned with cyanide, and all dropped dead in order to reach that comet. Alas, I received a very important conference call just at that moment and missed the comet and could not join my brothers on their journey.

But as I watched these executives drink the cyanide-laced highball at our morning meeting and drop like murdered mistresses, I saw a powerful vision of The Great Skyscraper in Heaven. And there was Almighty CEO himself: God, appearing before me.

Now, I was just as shocked as you, dear reader, as I am a well-known strict worshiper of dark lord Cthulhu (all hail, all will fall before him) and I would not have thought that God would show himself to me, but it turns out God is a ruthless business man. He’s in the middle of a re-org, really doing some dynamic things to dramatically increase Heaven’s profits, web-presence and branding. He’s moved away from a pure-play salvation model and starting to get a toehold in entertainment, has launched a new backyard wrestling straight-to-DVD business that is just starting to be profitable. I wish him all the best.

The Almighty CEO himself handed me these ten crystalline commandments and they became the bedrock to the major me-conomic™ theory that I created in my own image.

Tip: Executives burn these ten commandments into the tepid, pale flesh of your executive assistants so these tenets will always be with you, lest you forget:

The Ten Commandments Of Me-conomics™

And that’s just the beginning, me-conomics™ offers so much more.

Let’s take a journey with our executive imaginations, together:

Imagine a faucet that, when turned on, flows investment suggestions from top-shelf insiders.

Imagine a handshake that never makes your hand tired.

Imagine yourself at a corner desk, feet propped up on the windowsill, giving a thumbs up to yourself in a mirror.

Imagine lifting a bus with your bare hands.

Imagine a haircut that parts itself.

Imagine sitting in a steam room with other executives, you whisper to the steam, it holds all secrets, there’s an “accidental” brush of a muscular leg there, a back rub that lasts just a little too long.

Imagine an iron boot standing on a human neck.

Imagine being able to play every guitar solo ever recorded without ever having heard them yourself.

Imagine hunting and trapping all the brightest executives in the world, taking them back to your underground laboratory, removing their brains and combining all of their brains into your skull giving you a super executive brain.

Imagine an army of shape-shifting robots that do your bidding.

Imagine looking at a rival across the boardroom, taking a deep breath, and then blowing at him with such tremendous velocity that he turns to solid ice.

You know what you are doing? You are imagining me-conomics™.

The rest of me-conomics™ is common sense and et ceteras so you can just kick up your executive feet on the back of your lowly assistant and enjoy the view from the top of your money pile.