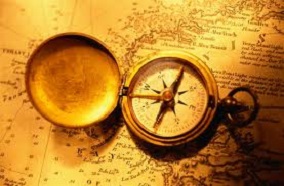 Neal Kitterlin’s poetry was featured on The Doctor T.J. Eckleburg Review earlier in the week. Here, Kitterlin discusses his approach to and process of writing.

There is the map, and there is the territory. The two cannot be confused. In my most recent writing, I have been concerned with place and what it signifies: does my personal understanding of a place belong to the set of tools designed to help me understand and navigate it? Or, do my experiences shape and form the place itself on some more fundamental level?

In an attempt to answer this question, I consider the Chicago area. In that city I may travel along the geography of my memory and consider: this is the place where I met her, this is the place I received that phone call, this is the street I walked every day for three years. But when considering a place where I have no first-hand memories and no personal experience, I still bring associations. I have never been to Seattle, for example, but when I hear the word I think of grunge and the Supersonics. Yet as I write about these spaces, I keep in mind that there is a whole set of associations for someone born ten years earlier, for someone born ten years later, and for someone who has lived in the Pacific Northwest all her life. Which Seattle is the real one?Which portion belongs to the map. Which portion belongs to the territory?

These questions are equally present for the fictional places that populate our increasingly ubiquitous pop culture landscape, as well as those that form the foundations of our myths and religions. What Jotunheim or Valhalla meant to a Norseman in the Viking age is very different than what it may mean to someone with a passing knowledge of Norse mythology today. And my approach to it, as a fan of Marvel Comics and Jack Kirby, is very different from either. Another map. Another territory. Another exploration.

When writing, I think of a place, real or imagined, and consider the associations that spring to mind. From these associations, I craft a scene, a quick glimpse of a place that bore perhaps some tangential relation to the source material, but through the filter of my thoughts and memories. As I continue to write, I notice that through-lines had emerged. I write of exploration and adventure, of a cosmic outreach that somehow goes hand-in-hand with an inner journey into darkness. I am simultaneously describing a place familiar to us all and unique to me as an individual, mixing map and territory together in a way that I hope is both intensely personal and universally relatable.

I am guided in my explorations of these territories by other works that have provided some influence, whether in craft or in theme. In creating these brief glimpses, I am influenced greatly by Italo Calvino’s Invisible Cities, and by Borges’ body of meta-fictions. I also think of the work in the context of other, more recent books of maps and lists, such as Matt Bell’s Cataclysm Baby and James Tadd Adcox’s The Map of the System of Human Knowledge. I only hope that my work can succeed in conveying the hyperbolic sense of wonder, the sense of transport and guidance through the unknown that these works achieve. There are works of sequential art that do this, such as Warren Ellis’ and John Cassaday’s Planetary and much of Grant Morrison’s comics output. The journeys through worlds both real and imagined, their strangeness, and the fractal nature of time and space are the soil in which these pieces are nurtured.

Through my work, I hope to transport the reader to a place she has yet to discover, but that is also somehow hauntingly familiar, to force her to consider what she brings with her and what she finds waiting. I want to present both the known and unknown in a new light – whether that place is the Viking halls of old, the dark haunts of elder gods, worlds far beyond the stars, or the recesses of our own secret heart.