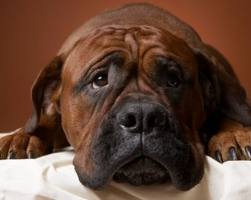 Maurice Maeterlinck, Belgium playwright and winner of the 1911 Nobel Peace Prize in Literature, said, “All our knowledge merely helps us to die a more painful death than animals who know nothing.” Many people would agree with Maeterlinch. Death is painful for humans. We are aware of what death means. We are aware of the finality of it. We mourn those who have passed. We miss them. We know that we, too, will die someday.

Survivorship, a characteristic that unites all creatures, is different from awareness of death. Non-human animals avoid death so they may maximize fitness. Ecologists say that the fitness of an animal depends upon a number of factors, specifically passing on genes to the next generation. By this definition, childless animals flee from impending demise because they have yet to successfully pass on their genes to the next generation of their species. But if this is true, then how does one explain animals that flee predators after they’ve already procreated?

Vegetarians argue that animals have feelings and emotions and feel badly when denied the joys of large, green pastures. Dog behaviorists say dogs are sad when owners go away for vacation and leave the dog at home. Humans tend to anthropomorphize animals because we have never experienced a world without emotion. But then there are renowned philosophers such as Rene Descartes who believed that non-human animals have no consciousness; therefore non-human animals do not sense death as humans do. Which opinion is right? Do animals possess a plethora of human emotions or do animals live and die in an emotionless blackhole?

Teresa Iglesias from the University of California Davis attempted to address this question as she published her findings about the emotions and behaviors of Western Scrub Jays, a type of bird, in Animal Behavior (2012). She discovered that a group of jays, when presented with a variety of objects including a piece of wood, a stuffed jay, and a dead jay carcass, responded most empathetically to the dead jay carcass. The birds gathered around the body and sent out alarm calls to each other. She also noted that the jays that initially surrounded the body stopped trying to find food for a least a day (pg. 6).

Jays aren’t the only ones. Mammals show signs of distress after the death of a member of species: parent sea lions cry when they witness orcas devour their young; dolphins frantically try to save their dying young; wolves, naturally social creatures, spend time alone after the death of a loved one. There are countless stories of animal distresses over death, but perhaps, the most famous of these is the elephant. Prominent researcher Joyce Poole recounted elephant mourning in her book Coming of Age with Elephants: “As I watched Tonie’s vigil over her dead newborn, I got my very first strong feeling that elephants grieve. I will never forget the expression on her face, her eyes, her mouth. The way she carried her ears, her head, and her body. Every part of her body spelled grief.”(pg. 90)

Perhaps the bond between bipeds and quadrupeds is more than a common planet. We take animals into our homes, domesticate them, befriend them, and try to protect them from harm’s way because we know what it is like to experience loss. We have suffered in grief, and we are painfully aware that someday we will die like those before us have died. And while there are still debates about this question, current research trends are showing that animals mourn death, too. From this current research, now we have reason to believe our animals share our grief, pain, and fear of death. Perhaps this knowledge helps us to find some comfort in the fact that we are not alone in the suffering, not alone in the pain and fear of life’s end.

Amanda Marie Breton is a Master’s of Science and Medical Writing Degree Candidate at Johns Hopkins University. She studied biology and psychology at Mount Holyoke College.  There she was section editor and wrote for The Mount Holyoke News.  She also had her work published in the Encyclopedia of Earth and The Montague Reporter.