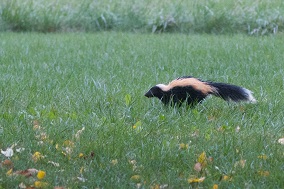 When I finished reading Charles D’Ambrosio’s essay collection, Loitering, I wanted nothing more than to look away.

This hadn’t been the case at the beginning, though.  In the early pieces, I had marveled at the speaker’s capacity, to develop wit and empathy across politics, class, and race. Addicts and the downtrodden, abusive spouses, glitzy media personalities, environmentalists, and native whalers: the persona held that even as he tried to understand other people and perspectives, he knew he could never get anything right. This, I thought, was a truth I could get behind.

But as the book progressed, the persona deepened, and beneath its witty surface roiled a man deeply harmed by his father’s violence and his brothers’ mental illness and suicide. His greatest empathy, it seemed, rested with two misunderstoods: Holden Caulfield, the troubled protagonist of Catcher in the Rye, and Mary Kay Letourneau, the teacher who became pregnant by her middle school student.

By book’s end, I didn’t want to spend more time with Loitering, intelligent and insightful as its speaker was. The world presented rang hard and cold, and I was unsettled by the presentation of women: they are largely absent in the essays, but when women do appear, they are in some way unsavory or conflicted, as Letourneau. And so I spent a long while trying to decide if my unease was more my shortcoming than the book’s, or not a shortcoming at all.

In any case, I finished Loitering, and I looked away.

There’s something else—another element from which I look away. A gun. Or rather, guns in general. Each time I try to hold one, dread builds in my chest; the bile seems to reach my fingers. When I was small, perhaps nine or ten, my father was teaching my younger brother and me how to shoot a BB gun. Then a visitor arrived at our house, and Dad told us to stop and wait while he had a conversation. My father had entrusted me with the unloaded BB gun as he talked, and I was holding it with its muzzle straight in the air, as he’d directed, so I wouldn’t put an eye out. Or that’s what I thought I was doing, because when the gun went off, I startled. Everyone and I snapped our eyes to the sound, and we saw the gun’s muzzle pointed not in the air, but at my brother’s eye. I have not trusted myself around guns since, and the guilt and shame of that accidental triggering has shadowed me for almost thirty years.

I predict the shattered world of Loitering, its “coincidence of wants, taking place inside a huge, broken promise,” will shadow me as well.

At the beginning of December, when I was in the middle of reading Loitering, we discovered a skunk in yard. The skunk came out of the shadows at rainy dusk, a few feet away from my eleven-year-old daughter.  I called to her and she ran away from the skunk, but then the beastie, unprovoked, charged my sixty-pound dog. The dog stood still, its hackles on end, and I did not know what to do, much as I didn’t know what to do with Loitering. In this instance, though, I couldn’t look away.

I stood frozen with indecision and imagined endless vet bills and tomato soup baths in my future.

The only thing I could manage was to yell, and it seemed nearly useless since the dog, now hackled and growling, ignored me. The skunk, single-minded, kept coming as if it were a dog, too, rather than a small and odiferous critter. And it wanted, it seemed, to do battle with its teeth But just as the skunk’s snout  reached my dog’s, and just as I was certain a bloody fight would commence, the dog turned and ran into the house. Though I slammed the door, the skunk clambered up the stairs in pursuit.

I called my husband, who was due home any minute, and warned him about the skunk. He knew, as I did, that a skunk this aggressive was most likely sick, even rabid On his way home, my husband  stopped by his father’s house and borrowed a .22 rifle, and by the end of the cold, wet evening the skunk had ravaged the neighborhood and bitten someone else’s dog before my husband finally shot it dead.

The evening’s harsh end and my response to it reminded me of a line from Loitering: “It was beautiful, and a relief, mostly a relief, to feel the rain coming down and know how resistant reality was, how durable, even in a world drained of love.” I didn’t think I was a person who believed in taking another creature’s life in order to protect my own. Yet I was relieved, even giddy, that the skunk was gone. Where had my empathy, my love for wild creatures, gone?

Two days later the health department confirmed the skunk, indeed, had rabies.   It became clear I was ill-prepared to deal with a rabid skunk or any other sick creature that might emerge from the woods that surround our house. Unlike handling a difficult book, which takes much time and thought, handling a rabid animal requires a person to think quickly and shoot it dead. Thinking quickly is not something I do well, and of guns I am incompetent. I had thought of these as entirely redeeming qualities, but this skunk, which had been so near to my dog and my child made me see otherwise.

And so, just yesterday, I asked my husband to teach me to use the .22. God, I was nervous – I didn’t know how to hold the thing, much less load it and understand its mechanisms. I felt like I was trying to assemble a model ship while wearing mittens, and I wanted to run away screaming. But at the end of an hour, I had loaded the rifle several times and finally made seven accurate shots in a row. I am not yet ready to slay a skunk or any other moving, breathing target, but something fundamental has changed. Fear has been replaced with competence, though I am still wary each moment the rifle is in my hands. The memory of my brother’s eye still loiters.

So does my unease with D’Ambrosio’s book. The speaker in those essays is far from who I am, and the book reveals truths I would prefer not to hear. But the book and the rifle are powerful and demand the utmost respect. Despite a measure of bile and my desire to flee, the effects of these forces, my discomfort with them, is something I must face. Something from which I should no longer look away.