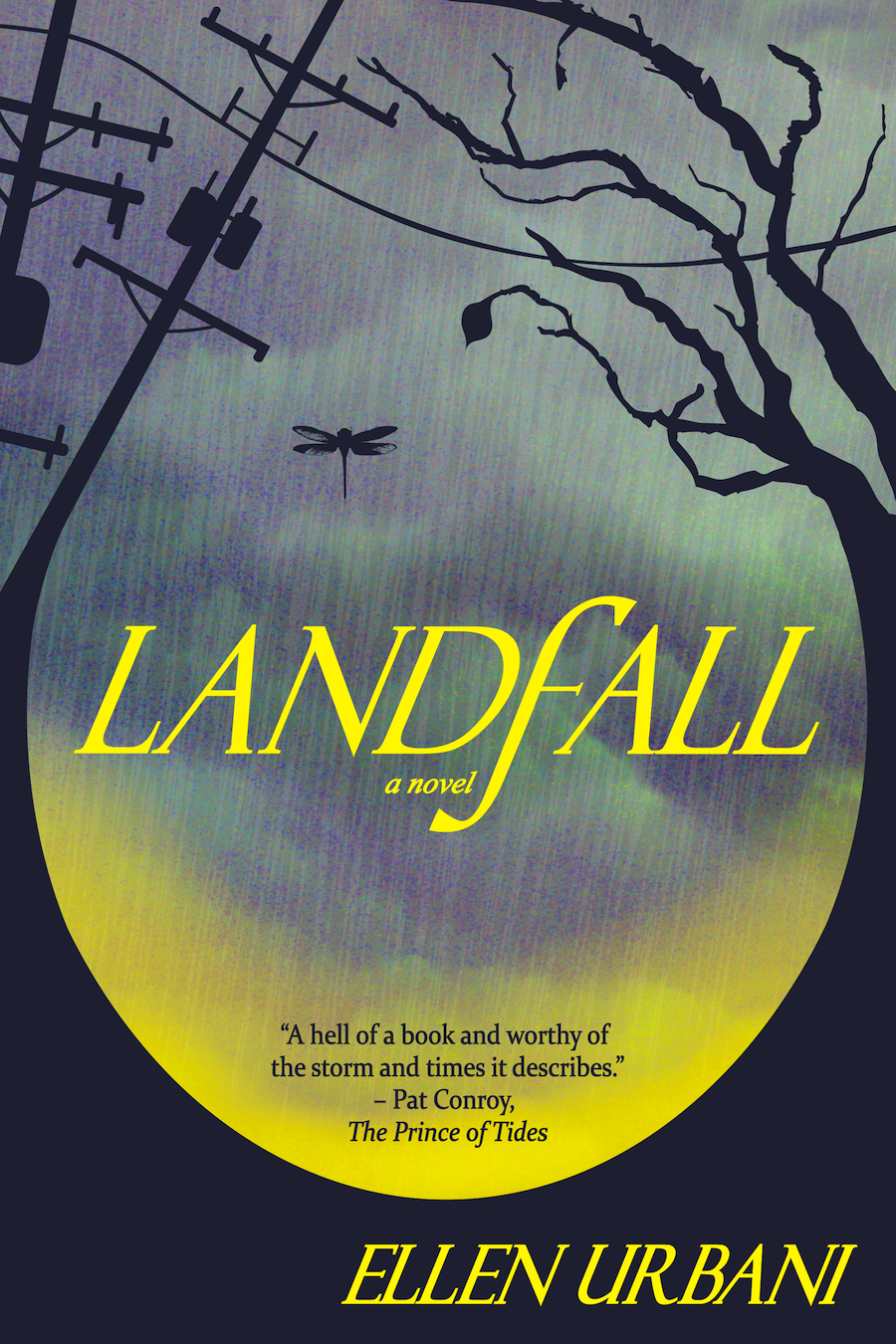 What People Are Saying about Landfall

With her new novel LANDFALL, Ellen Urbani enters the world of American fiction with a bang and a flourish. She brings back the terrible Hurricane Katrina that tore some of the heart out of the matchless city of New Orleans, but did not lay a finger on its soul. Her descriptions of the flooding of the Ninth Ward are Faulknerian in their powers.
– Pat Conroy, THE PRINCE OF TIDES

Ellen Urbani has written an amazing and original piece of literature. If you love family sagas characterized by women holding the generations together via a magical combination of grit and grace, such as Isabel Allende’s HOUSE OF THE SPIRITS, you will love this haunting book!
– Fannie Flagg, FRIED GREEN TOMATOES AT THE WHISTLE STOP CAFE

A gorgeous and raw rendering of a young woman’s struggle for redemption, for forgiveness, for salvation, in the aftermath of the devastating catastrophe of Katrina. LANDFALL is not about a storm; it is about the resiliency of the human spirit, and our ongoing need to make sense of the world around us, no matter the cost.
– Garth Stein, THE ART OF RACING IN THE RAIN

Five Days at Memorial: Life and Death in a Storm-Ravaged Hospital by Sheri Fink

In the tradition of the best investigative journalism, physician and reporter Sheri Fink reconstructs 5 days at Memorial Medical Center and draws the reader into the lives of those who struggled mightily to survive and to maintain life amid chaos.

Five Days at Memorial, the culmination of six years of reporting, unspools the mystery of what happened in those days, bringing the reader into a hospital fighting for its life and into a conversation about the most terrifying form of health care rationing.

In a voice at once involving and fair, masterful and intimate, Fink exposes the hidden dilemmas of end-of-life care and reveals just how ill-prepared we are in America for the impact of large-scale disasters—and how we can do better. A remarkable book, engrossing from start to finish, Five Days at Memorial radically transforms your understanding of human nature in crisis. READ MORE

The Enchanted by Rene Denfeld

A wondrous and redemptive debut novel, set in a stark world where evil and magic coincide, The Enchanted combines the empathy and lyricism of Alice Sebold with the dark, imaginative power of Stephen King.
“This is an enchanted place. Others don’t see it, but I do.” The enchanted place is an ancient stone prison, viewed through the eyes of a death row inmate who finds escape in his books and in re-imagining life around him, weaving a fantastical story of the people he observes and the world he inhabits. Fearful and reclusive, he senses what others cannot. Though bars confine him every minute of every day, he marries visions of golden horses running beneath the prison, heat flowing like molten metal from their backs with the devastating violence of prison life.
Two outsiders venture here: a fallen priest and the Lady, an investigator who searches for buried information from prisoners’ pasts that can save those soon-to-be-executed. Digging into the background of a killer named York, she uncovers wrenching truths that challenge familiar notions of victim and criminal, innocence and guilt, honesty and corruption—ultimately revealing shocking secrets of her own.
Beautiful and transcendent, The Enchanted reminds us of how our humanity connects us all, and how beauty and love exist even amidst the most nightmarish reality. READ MORE

1. In her 2006 memoir When I Was Elena, Ellen wrote half the chapters in the voice of indigenous Guatemalan women. In Landfall, she writes half the book from the point of view of an African American girl. What might be the authorial challenges and rewards of immersing oneself so deeply in the perspective of another so as to write with authority in that person’s voice?

2. Prior to leaving the medical field to focus on a writing career, Ellen worked as an oncology counselor, specifically focusing on work with end-of-life patients and children whose parents were dying. She also trained as a psychiatric/disaster relief specialist with the American Red Cross and the Federal Emergency Management Agency (FEMA.) Can you see that background reflected in the pages of Landfall?

3. In the New York Times Sunday Book Review, Jennifer Szalai wrote of Hurricane Katrina, “The actual words of the actual survivors are devastating already, and a novelist who dares to create a fictional version of their experience has also taken it upon himself to issue more than a swell of emotion. The citizens of New Orleans were failed by government officials in thrall to foolish optimism and best-case scenarios; what fiction offers is the potential to confront such lazy habits of thinking with a relentless focus on complexity and nuance.” Do you believe Landfall achieves that?