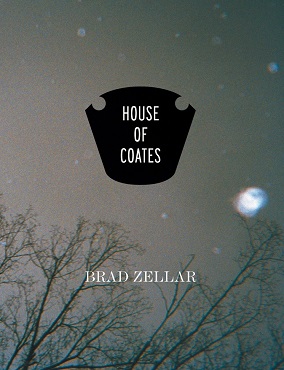 House of Coates by Brad Zellar

Washed up in the shadow of a refinery, Lester B. Morrison, legendary recluse, documents his life in a series of photographs taken with a disposable camera. In a landscape of off ramps, warehouses, and SRO hotels occupied by terminally lonely men, love and faith break in, quietly offering human connection and the possibility of redemption.

“An exquisitely haunting, melancholic treasure of a book about people who drop out and populate tiny towns and rural communities, and the longing and loneliness of the human condition.”—Judy Natal, Photo-Eye

“One of the great American moves is vagrancy, the freedom to drift, the right to look at things from outside the mainstream. The prose in House of Coates hums with this irreducible freedom. The photographs are both perfectly artless and undeniably visionary. Any question of fiction, non-fiction, subterfuge, or narrative trickery is superfluous in a book like this one, so appealingly strange, so delicately balanced, and so incontestably bound to its time and place.”—Teju Cole, author of Open City

“As Brad Zellar so vividly illustrates in his new limited-edition collaboration with photographer Alec Soth, ‘House Of Coates,’ broken men have always been with us, haunting us, providing a mirror. Society may label them bums, homeless, or pariahs, but Zellar’s empathetic writing allows the reader to get inside one broken man, and therefore all.”—Jim Walsh, MinnPost Brad Zellar has worked as a writer and editor for daily and weekly newspapers, as well as for both regional and national magazines. He is the author of Suburban World: The Norling Photos, The 1968 Project, Conductors of the Moving World, and House of Coates. He has received awards from the Society of Professional Journalists, The American Association of Alternative Newsweeklies, and the Minnesota Magazine Publishers Association, as well as a grant from the Minnesota State Arts Board. His fiction has appeared in numerous publications.

Alec Soth is a photographer born and based in Minneapolis, Minnesota. His first monograph, Sleeping by the Mississippi, was published by Steidl in 2004. Since then Soth has published over a dozen books including Niagara (2006), Dog Days, Bogotá (2007) The Last Days of W (2008), and Broken Manual(2010). In 2008, a large survey exhibition of Soth’s work was exhibited at Jeu de Paume in Paris and Fotomuseum Winterthur in Switzerland. In 2010, the Walker Art produced a large survey exhibition of Soth’s work entitled From Here To There. Soth is represented by Sean Kelly in New York, Weinstein Gallery in Minneapolis, and is a member of Magnum Photos.