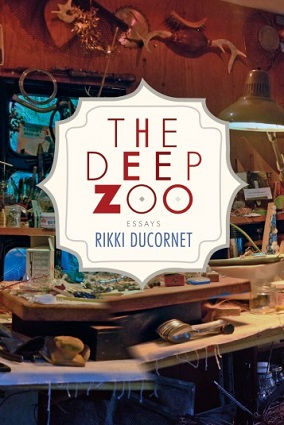 Rikki Ducornet’s essays explore eros, violence, dreams, fairy tales, and art as alchemy—the Deep Zoo at the core of humanity. Her reading of the world, a gathering of alchemies where the unknown has become visible through the medium of art, be they Borges’s tigers and Cortazar’s lions, desire, mystery, or the grotesque.

“A novelist whose vocabulary sweats with a kind of lyrical heat.”—”The New York Times”

“Linguistically explosive . . . one of the most interesting American writers around.”—”The Nation”

“Rikki Ducornet is imagination’s emissary to this mundane world.”—Stephen Sparks, Green Apple Books on the Park The author of eight novels as well as collections of short stories, essays, and poems, Rikki Ducornet has been a finalist for the National Book Critics Circle Award, honored twice by the Lannan Foundation, and the recipient of an Academy Award in Literature. Widely published abroad, Ducornet is also a painter who exhibits internationally. She lives in Port Townsend, Washington.