In this course, you will explore the musicality, sensuality, forms and dance of poetry. Write new poems and open up your old poems with fresh eyes and new revision tools. The course modules are accessible for both master and beginning poets with an eye toward organic voice and diversity of aesthetic and style. 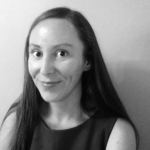 Kristina Marie Darling is the author of over twenty collections of poetry and hybrid prose, which include PETRARCHAN (2013), X MARKS THE DRESS (2013, with Carol Guess), FORTRESS (2014), THE SUN & THE MOON (2014), and GHOST / LANDSCAPE (2016, with John Gallaher). Her books have been described by literary critics as “haunting,” “mesmerizing,” and “complex.” Poet and Kenyon Review editor Zach Savich writes that her body of work is a “singularly graceful and stunningly incisive exploration of poetic insight, vision, and transformation.” Donald Revell writes of her SELECTED POEMS, “Here is a new tradition, alive in bright air.” Kristina’s books have also been reviewed widely in literary magazines, including The Boston Review, Ploughshares, The Iowa Review, The Colorado Review, The Mid-American Review, Pleiades, and The Southern Humanities Review.Within the past few years, her writing has been honored with two Yaddo residencies, a Hawthornden Castle Fellowship, a Visiting Artist Fellowship from the American Academy in Rome, and a Visiting Researcher Fellowship from the University of Washington’s Helen R. Whiteley Center. She has also held artist-in-residence fellowships at the Ucross Foundation, the Helene Wurlitzer Foundation, the Kimmel Harding Nelson Center for the Arts, Caldera, the Atlantic Center for the Arts, the Writer’s Room at the Betsy – South Beach, the I-Park Foundation, the Hambidge Center for the Creative Arts and Sciences, the Virginia Center for the Creative Arts, the Brush Creek Foundation for the Arts, Playa, Willapa Bay A.I.R., the Dorland Mountain Arts Colony, the Vermont Studio Center, the Ragdale Foundation, the Santa Fe Art Institute, and numerous other institutions. Kristina is the recipient of international literary arts fellowships from the B.A.U. Institute and 360 Xochi Quetzal, as well as grants from Harvard University’s Kittredge Fund, the Whiting Foundation, the Elizabeth George Foundation, the Ora Lerman Trust, the Regional Arts Commission of St. Louis, and the Rockefeller Archive Center. She was also awarded a Morris Fellowship in the Arts.  Her work has been recognized three times with the Dan Liberthson Prize from the Academy of American Poets.  She has received nominations for the National Book Award, the National Book Critics Circle Award, the PEN/Diamonstein-Spielvogel Award, and the Kingsley Tufts Award.Kristina is active as a literary critic, with reviews and essays appearing in such magazines as The Gettysburg Review, The Boston Review, The Colorado Review, Pleiades: A Journal of New Writing, and New Letters. Her critical projects have been supported by grants from the University of Missouri and the University at Buffalo, as well as a Riverrun Foundation Research Fellowship to complete archival work at Yale University’s Beinecke Rare Book and Manuscript Library. Kristina holds degrees in English Literature and American Culture Studies from Washington University, as well as an M.A. in Philosophy from the University of Missouri. She is currently working toward both an M.F.A. in Poetry at New York University and a Ph.D. in English Literature at S.U.N.Y.-Buffalo, where she was awarded a Presidential Fellowship and a Gender Institute Dissertation Fellowship.

Meg Eden’s work has been published in various magazines, including Rattle, Drunken Boat, Eleven Eleven, and Rock & Sling. Her work received second place in the 2014 Ian MacMillan Fiction contest. Her collections include Your Son (The Florence Kahn Memorial Award), Rotary Phones and Facebook (Dancing Girl Press) and The Girl Who Came Back (Red Bird Chapbooks). She teaches at the University of Maryland. Check out her work at megedenbooks.com. 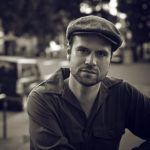 John Sibley Williams’ writing has appeared in American Literary Review, Third Coast, and RHINO. He is the author of eight poetry collections, most recently Controlled Hallucinations (FutureCycle Press, 2013). Four-time Pushcart nominee, he is the winner of the HEART Poetry Award and has been a finalist for the Rumi, Third Coast, Ian MacMillan, Best of the Net, and The Pinch Poetry Prizes. John serves as editor of The Inflectionist Review and Board Member of the Friends of William Stafford. He holds an MFA in Creative Writing from Rivier College and an MA in Book Publishing from Portland State University, and he currently works as Marketing Director of Inkwater Press and as a literary agent. John lives in Portland, Oregon. 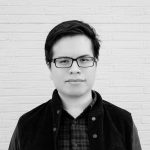 Sebastian Hasani Paramo received his MFA from Sarah Lawrence College. His work has appeared, or is forthcoming, in Front Porch, Prelude, North American Review, Huizache, upstreet & elsewhere. He has been nominated for a Pushcart Prize and awarded a residency at the Vermont Studio Center. He curates Pegasus Reading Series and is currently a teaching fellow in the doctoral program at The University of North Texas. 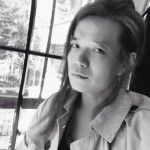 Ian Lennart Surraville is an American expatriate writer from New York currently residing in Turkey. Ian has travelled extensively in the Eastern Europe and Turkey, and is a veteran of the United States Army, deployed and stationed in Zurmat province, Afghanistan. Ian has studied theology, history, politics, literature and writing at New York University, Harvard and New School. A journalist, soldier and writer, he has traveled extensively and writes these days from his residence in Ankara where he lives with his twelve-year-old son and a cat named Hemingway and occasionally teaches writing to local students. He speaks English and Korean, reads and writes in French and Chinese, and entertains himself and others around him with broken Turkish and Croatian. Memory plays a peculiar role in all of Ian’s works. Sensitive to human afflictions and conflicts—especially in the Middle East and Eastern Europe, he attempts to convey the voice of pain and despair that either he himself has gone through or witnessed in others in his poems and essays. He was actively involved during the OWS (Occupy Wall Street) movement in New York in 2012 and the Gezi Park Protest in Turkey in 2013. His works have been published in Peripheral Surveys (PS+), of which he is an editor, Edgar Allan Poet poetry anthology, and World Poverty and Human Rights Online journal at Harvard. 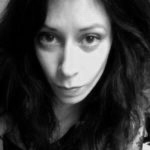 Born to a Mexican mother and a Jewish father, Rosebud Ben-Oni is a CantoMundo Fellow and the author of SOLECISM (Virtual Artists’ Collective, 2013). Her work is forthcoming or appears in POETRY, The American Poetry Review, Bayou, Arts & Letters, Puerto del Sol, The Feminist Wire, Dialogist, B O D Y, Lana Turner Journal, Slice Magazine, Borderlands: Texas Poetry Review and elsewhere. In 2010, her story “A Way out of the Colonia” won the Editor’s Prize in Camera Obscura. A Leopold Schepp Scholar at New York University, she won the Seth Barkas Prize for Best Short Story and The Thomas Wolfe/Phi Beta Kappa Prize for Best Poetry Collection. Rosebud was a Rackham Merit Fellow at the University of Michigan where she earned an MFA in Poetry, and was awarded grants from the American Jewish League for Israel and the Center for Judaic Studies at the University of Michigan. She was a Horace Goldsmith Scholar at the Hebrew University of Jerusalem where she completed post-graduate research. A graduate of the 2010 Women’s Work Lab at New Perspectives Theater, she is at work a new play MIDNIGHT IN MATAMOROS with Bob Teague of Truant Arts; it will feature music by Carlton Zeus.  Her plays have been produced in New York City, Washington DC and Toronto. Rosebud is an Editorial Advisor for VIDA: Women in Literary Arts and at work on her first novel, The Imitation of Crying. 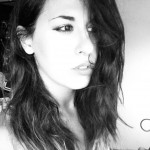 Lisa Marie Basile is an editor, writer and poet. She is the author of APOCRYPHAL and a few chapbooks, war/lock (Hyacinth Girl Press) and Andalucia (The Poetry Society of New York). Lisa Marie is the editor-in-chief of Luna Luna Magazine, and she keeps a lifestyle diary at Ingenue X. Her poetry and other work can or will be seen in PANK, the Tin House blog, Coldfront, The Nervous Breakdown, The Huffington Post, Best American Poetry, Thrush, PEN American Center and the Ampersand Review, The Atlas Review and others. Her writing and work as an editor has been profiled in BuzzFeed, Ravishly, The New York Daily News, Amy Poehler’s Smart Girls, VIDA, Poets & Artists Magazine, Relapse Magazine and other publications. She was a visiting poet at Westfield High School, New York University and speaker at Emerson College. Her work was selected by Pulitzer Prize-winning writer Robert Olen Butler for inclusion in the Best Small Fiction 2015 anthology in addition to the Best Emerging Poets Anthology, published by Stay Thirsty Media. Her work can also be seen in the CREDO Anthology, soon to be released by Cambridge Writers’ Workshop. She was nominated for inclusion in the Best American Experimental Writing 2015 anthology. 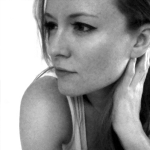 Sarah Herrington’s writing has appeared in the New York Times, San Francisco Chronicle, Writer’s Digest and she was named a Poet to Watch by Oprah Magazine. She is the author of a collection of poetry, Always Moving (Bowery Books, 2011) and several nonfiction books, including Om Schooled (Addriya Press, 2012), and Essential Yoga (Fair Winds Press, 2013). In addition to writing, she is an advocate for mindfulness and creativity and is the founder and lead facilitator of OM Schooled Teacher Trainings. Sarah is a graduate of New York University’s English and Creative Writing programs and holds an MFA in Creative Writing through Lesley University.  She is a grateful member of the Bowery Poetry Club community and has worked for Gotham Writers’ Workshop and Girls Write Now. She divides her time between New York and California.

Mindfulness + Writing | Lesson No. 1: The Art of Paying Attention

Mindfulness + Writing | Lesson No. 2: Outside World as Writing Prompt

Mindfulness + Writing | Lesson No. 3: Pedagogy of the Poetic Body

Evolving Origins | Lesson No. 2: Personal Loss as Departure in Poetry

Poetry | Dream Logic: The Surreal and Non-Linear in Short Poems