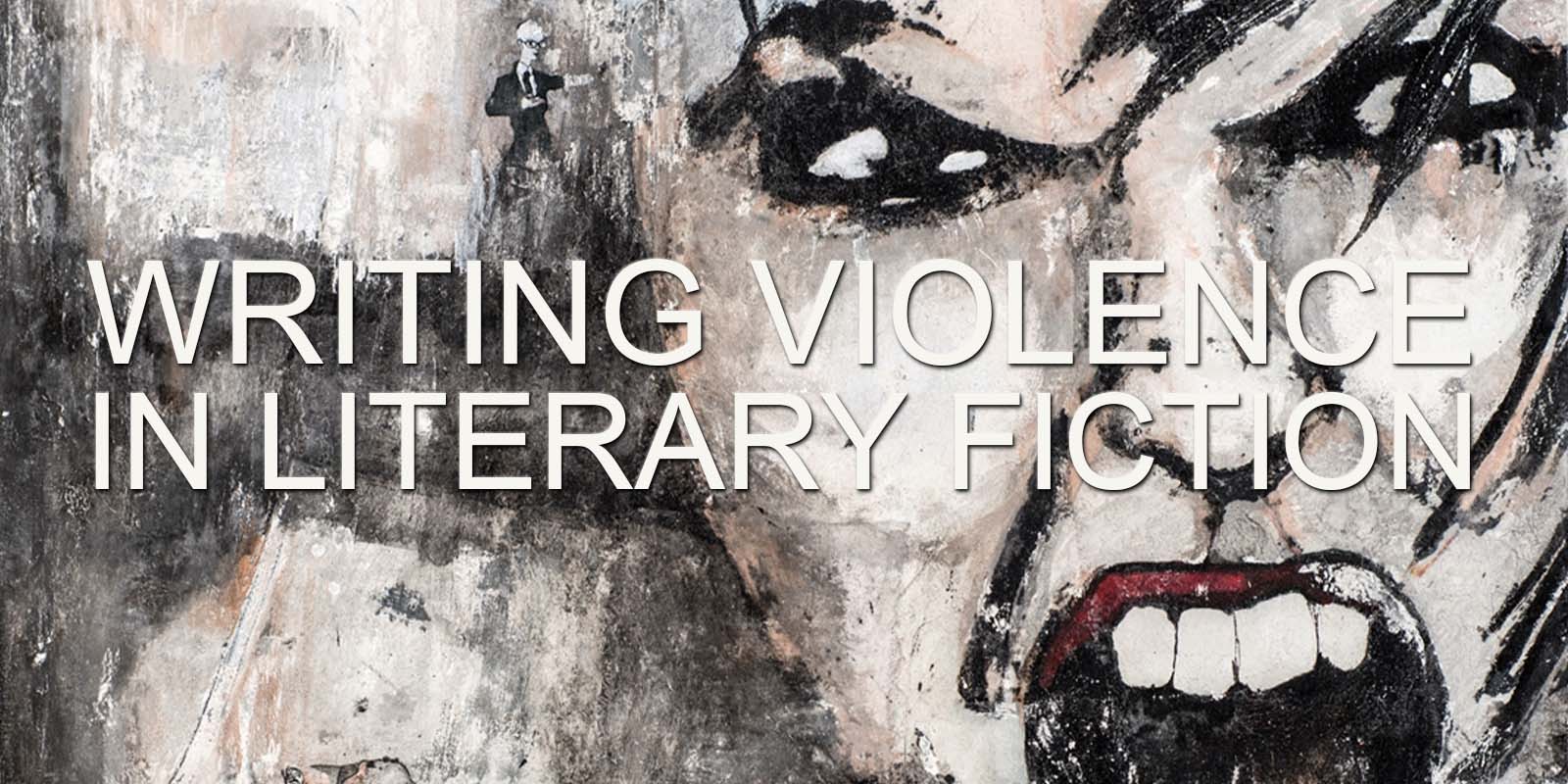 How do we transcend the cliched and gratuitous fight scene when writing violence? How do we create a scene that will engage smart readers in critical, aware and rigorous ways? Writing violence in literary narratives is no different than any other scene, really. It is all about focusing on the character as unique. In this Writing Violence Workshop, we will explore scenes from Toni Morrison’s Beloved, Cormac McCarthy’s The Road, Alice Munro’s “Runaway” and Maya Angelou’s I Know Why the Caged Bird Sings as character focused violence in literary fiction and creative nonfiction.

Each week, you will have access to a new lesson. Work at your own pace. When you are ready for individualized feedback—developmental, line and end notes—from one of our faculty members, submit your work. Instructors have graduate degrees and professional publication experience in their workshop focuses. Participants may complete assignments anytime. We are open to English-speaking and writing participants both locally and globally and encourage gender and ethnic diversity in our workshops. 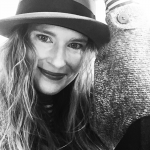 Rae Bryant is the author of the short story collection, The Indefinite State of Imaginary Morals. Her fiction, prose-poetry and essays have appeared in print and online at The Paris Review, The Missouri Review, Diagram, StoryQuarterly, McSweeney’s, New World Writing, Gargoyle Magazine, and Redivider, among other publications and have been nominated for the Pen/Hemingway, Pen Emerging Writers, &NOW Award and Pushcart Prize. She has won awards in fiction from Whidbey Writers and The Johns Hopkins University. She earned a Masters in Writing from Hopkins where she continues to teach creative writing and is editor in chief of The Doctor T. J. Eckleburg Review. She has also taught in the International Writing Program at The University of Iowa. She is represented by Jennifer Carlson of Dunow, Carlson and Lerner.

Online writing workshops present the best of both worlds for creative writers: creative isolation and craft interaction. The New Yorker article by Louis Menand, “Show or Tell: Should Creative Writing be Taught?” proposes the perennial question of whether or not writers can be taught or must be born. Our stance at The Eckleburg Workshops is that writers can be shown many craft writing skills and be encouraged to explore voice through the practice of these skills as well as the observation of these skills in both master and developing narratives. It is our stance that creative writing can be sculpted and nurtured and is best taught by published authors and experienced writing teachers. This is what we give you in each and every writing course and in our One on One individualized manuscript sessions.

No longer the hegemonic audiovisual spectacle it once was, cinema has had to face many changes and challenges in the twenty-first century (not least its entanglement with capitalist globalization and post-medium digitization) in order to retain its value as a commercial form of entertainment. Yet as an art form, a status it still partly retains, it has also had to respond to a world full of new phenomena, all the while undergoing a set of deep transitions and crises. With this as our background, we look back on a motif and concern perennial since the early days of cinema: the auteur. It has evolved through the decades, has been put to rest by some schools, only to staunchly re-emerge time and again. The goal of the present volume is to propose the latest reassessment of the film auteur as “global” auteur because, if auteurism has validity in this global age, it may express itself in the way film directors, old and new, capture the zeitgeist in a multi-layered and faceted world, overtly or covertly. The work of these cinematic auteurs, even unconsciously, signals various positions that film art takes regarding reality. We see here a twenty-first century version of la politique des auteurs— not a certain policy or politics of auteurs anymore so much as “the political” immanent to cinematic authorship. Our collection thus includes a variety of chapters by established and emerging scholars alike, which shed a timely light on the current situation, identifying some of the most important cinematic voices of the last fifteen years, recognizing recurrent trends and motifs, and defining what constitutes the newness of auteurism in this young twenty-first century…. (Jeong)

The Auteur Workshop is a project in process as part of my MFA studies at American University, fall semester 2017. In Professor Middents‘ “Lit-646: Auteur Study: Alfonso Cuarón,” students are to develop a research project on a second, student-selected director. I’m not sure who my selection will  be, and I’m sure it will change repeatedly through the semester as Professor Middents introduces us to new directors, but I’m so intrigued by the project (maybe I am a cinephile) that I’m driven to begin collecting artifacts and research. My focal criticisms will likely be feminism, postmodernism and neoformalism.

One consistency I seem to find in my cursory search of auteurs, is the limited pool of female accredited auteurs, as if, as it seems to be in most things, auteurism is the realm of men. Equally interesting is that Alfonso Cuarón, the main subject of our course is the director of Gravity and Children of Men, one of my favorite films. Children of men. Film of men. So, I will be choosing a female director as my main focus for this research project.

The director that most comes to mind at this point is Kathryn Bigelow. I simply fell in love with The Weight of Water. Hurt Locker, too, has the gritty realism and stylistic play that Bigelow does so well. Obviously.

I’m also intrigued by the place of female directors within the “darker” aesthetics of filmmaking. I will admit to being a longtime fan of Quentin Tarantino, though, his treatments of violence and women can grow tedious. Ironically, my favorite of his films is Reservoir Dogs, pretty much devoid of women. Still, I would like nothing else than to find my female Tarantino, or rather, my female of dark film, and I think I might have done it. The French director, Julia Ducournau, is exciting. I will spend some time with her work, presently I’ve chosen Raw. So far, I like her willingness to delve into content unflinchingly. I also like her moments of restraint. Something I’ve often wanted a bit more in Tarantino’s scenes, though, I will admit to having a twisted sort adoration for Tarantino’s Death Proof. Perhaps, a study of Raw and Death Proof, and their directors, and how they juxtapose to Bigelow’s and Cuarón’s films would be an intriguing focus. I also love the Davids: Lynch and Cronenberg. Let’s not forget the extraordinary TV series afoot on cable networks.

The more I read and view, the more I want to explore. There is so much to learn. Looking forward to it.

As part of my research, I intend to build a digital glossary of film terms resourcing the below listed print texts as well as the Columbia, NYU and Penn State glossary databases. These terms will be added to this site’s cumulative literary terms and critical theories glossary, coded so that the terms will be linked within each course and lesson and accessible easily with a pop up definition as the reader progresses. Such terms will include “auteur,” “mis-en-scène” and so on. Click here for a full list of literary terms and critical theories to be updated daily.

Focus studies, which we will call lessons, are coming soon. I will add them as I progress through my research. I find the best way for me to solidify my own learning is to imagine and then organize how I might then share the material with others. Perhaps there will be other cinephiles out there who will find the included resources helpful. I am opening comments for this workshop. If you have any suggestions or would like to discuss auteurism, please join me. Rae Bryant is the author of the short story collection, The Indefinite State of Imaginary Morals (Patasola Press). Her stories, essays, and poetry have appeared in print and online at The Paris Review, The Missouri Review, McSweeney’s, DIAGRAM, StoryQuarterly, Huffington Post, New World Writing, Gargoyle Magazine, and Redivider, among other publications. Her digital intermedia has exhibited in New York, DC, Baltimore and Florence, Italy. She has won prizes and fellowships from Johns Hopkins, Aspen Writers Foundation, VCCA and Whidbey Writers and has been nominated for the Pen/Hemingway, Pen Emerging Writers, The &NOW Award, Lorian Hemingway, and multiple times for the Pushcart award. Rae earned a Masters in Writing from Hopkins where she continues to teach new media, technology for writers and creative writing and is founding editor and designer of Eckleburg. She has also taught/will be teaching in the International Writing Program at The University of Iowa, The Eckleburg Workshops and American University where she is currently in the MFA program. She is represented by Jennifer Carlson with Dunow, Carlson & Lerner Literary Agency.