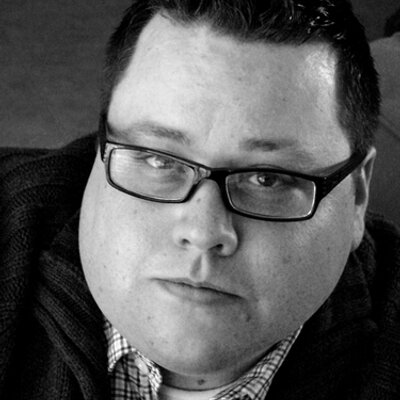 On Tuesday, I saw a house, a low slung brick bungalow with the kind of sixties design aesthetic that is hard to miss. I’m driving, trying to stay awake until I can get to the Java Hut and load up on caffeine, the radio’s playing that song, the one you like so much and asked me to put on your MP3 player. The song I forgot about until it came on the radio and got me bouncing my head a little bit, the song that made me look left for half a second. The song that showed me the house.

The grass overgrown, a giant oak sitting prominently shading the front yard. Yes, on, literally, a hundred feet of tree resting atop an enormous ball of roots that at any moment looked poised to get up and walk away. But, that’s not the thing; the thing is I don’t think the house was there on Monday.

In the back of my head, it gnawed at me all day, through conference calls and meetings and that presentation I had been fretting over. I left early, driving faster than normal, needing to see it again. And I did, only now the yard was cut and the oak gone — run off to frolic with others of its kind. My foot pushed at the brake and I slowed to a stop on the shoulder. I stared for longer than I can account and it surprised me when I saw you walk out the front door. There was a look on your face, one I have not seen in a long time. I think you were happy.

It was still there on Wednesday. You were there too and flowers were planted out front. There was a dog, a tiny thing full of fur and feist bouncing around your feet as you watered a crock of pansies. The look plastered to your face again. I started to wonder what could give you that look, but before I could finish the thought, I got my answer. Me, only it wasn’t me. It was another me, a me that could make you smile and would buy you a puppy without regard for the mess it would make. A me that would own a tiny bungalow requiring handyman skills I don’t possess. I wanted to get out of the car, to ask you about it, about the other me. I wanted a confrontation. You are my wife after all.

I stewed all day, unable to focus, and took a long lunch with a gin and tonic appetizer. I told myself I’d take the long way home that night. I didn’t. The pansies were gone, replaced with rose bushes. I thought you hated rose bushes. You were cutting a bouquet while the dog ran in wide circles, a little girl chasing him. She looked like you, except for the hair. It was the kind of brown that’s almost black. She had my hair.

And there I was, appearing stage left like a magician pulling a fast one on an unsuspecting audience, getting out of a car we can’t afford. He makes a beeline for you and then you kiss. Long, heated, a clue to what other passions you share behind your bedroom door, tucked away in some corner of this house that is but isn’t ours. I can’t remember the last time we kissed like that. Then she ran over to him, the girl with her hair in pig-tails, the dog no longer a puppy at her heels, and jumped into his, my, his arms.

My mind was made up; I wouldn’t be going that way anymore. It’s wrong. The house, you, the not-quite-me: all of it. But, now I worry. It doesn’t make sense, but my guts are all twisted inside. I’m not watching you and me and the girl and the dog and the house and everything else that’s there but not here, and I wonder: what if someone is watching me. Watching us. I peek through the blinds when I hear a car coming down the cul-de-sac to make sure it’s a neighbor, someone I recognize, and when it is I mouth a silent prayer thanking whatever higher power pops into my head at the moment that I’m not staring out at me. The other me in his expensive car and tailored suit, checking in, ready to take you away. Or worse, a me that’s failed you more than I have, the kind of man that never made any promises about what life would be like. A low rent version of what I’ve become or will never be.

p style=”text-align: justify;”>Erik Smetana’s writing can be found at places like The Missouri Review, Hobart, BLIP, Annalemma, and PANK among others. He resides just outside St. Louis with his wife and a dog named Sam. More information is available at eriksmetana.com.